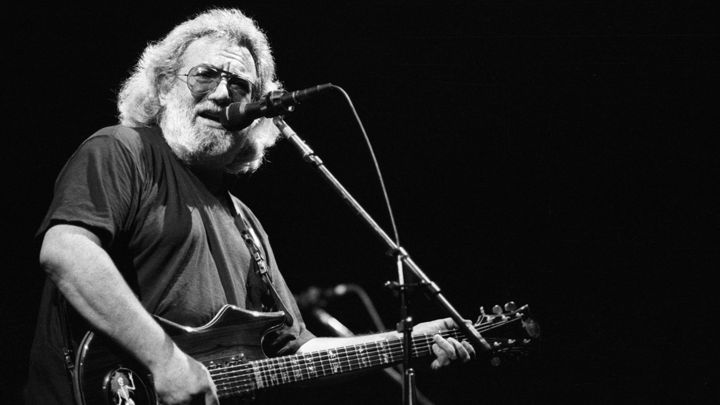 Music and Cultural Icon Jerry Garcia to be Honored at Concert Event of a Lifetime to be Held on May 14 at Merriweather Post Pavilion at 7:00 pm

Additional Ticket to be Released for Sale on May 7 Via Ticketfly.com 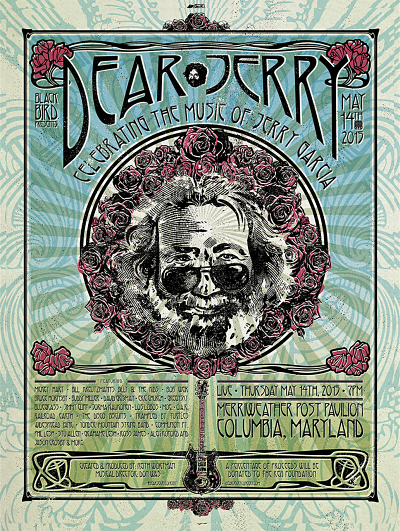 The Merriweather Post Pavilion parking lot will open at 4pm. Doors will open at 5:30pm and the show will begin promptly at 7pm.

Additional Dear Jerry tickets have been made available for purchase via Ticketfly.com or by phone at 877-4FLY-TIX.

Keith Wortman is the creator and executive producer of the show. Grammy Award-winner Don Was serves as music director, and will lead an all-star band backing the many performers at this incomparable concert event taping. Was and Wortman recently teamed to produce large-scale concert events, music releases, and broadcast specials honoring music icons such as Johnny Cash, Levon Helm, Dr. John, Gregg Allman, Mavis Staples and Emmylou Harris amongst others. DEAR JERRY: CELEBRATING THE MUSIC OF JERRY GARCIA will be filmed and recorded for multi-platform distribution throughout traditional and digital media. The event will be co-produced by the Jerry Garcia family.

“It’s so great to have a night where everyone is celebrating Jerry. It’s a stellar lineup and we can’t wait to get out there and party with everybody.” says Trixie Garcia.

“We are honored to have these very special artists on this event in honor of a very special musician, Jerry Garcia,” said Wortman. “It is a testament to how cherished Jerry was and continues to be….We are also proud to have worked with the REX Foundation in support of their philanthropic missions.”

FOR ALL SHOW DETAILS AND THE OFFICIAL SHOW WEBSITE PLEASE GO TO:
http://dearjerryconcert.com