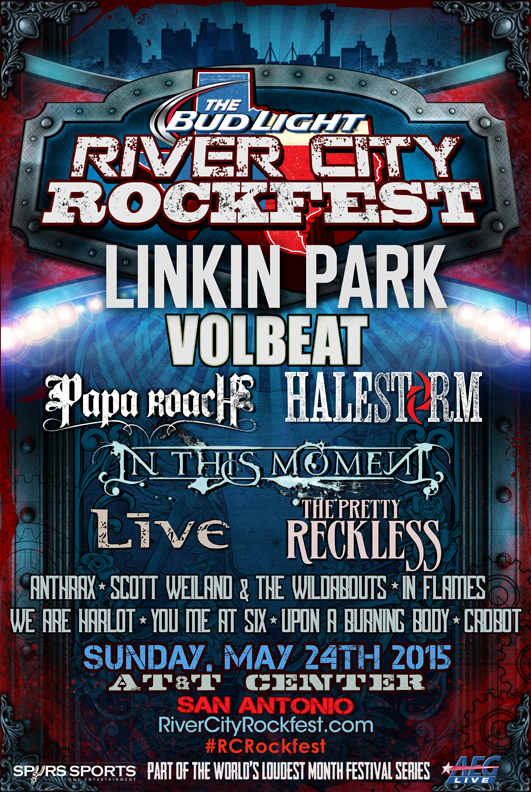 ”We’re really looking forward to getting back on the road and reuniting with our fans in San Antonio said Chester Bennington of Linkin Park. “This will be one epic rock show!”

The third annual Bud Light River City Rockfest lineup also includes Volbeat, Papa Roach, Halestorm, In This Moment, Live, The Pretty Reckless, Anthrax, Scott Weiland & The Wildabouts, In Flames, We Are Harlot, You Me At Six, Upon A Burning Body and Crobot.  Additional performers will be announced at a later date.

A limited number of General Admission and VIP tickets to the Bud Light River City Rockfest will be available for pre-sale starting at 10 a.m. on Tuesday, Feb. 3 at a special price of $39.50 (plus fees) for GA and $199.50 (plus fees) for VIP. For more information and to get access to the Internet pre-sale, visit RiverCityRockfest.com and sign up for the e-newsletter.  Discount pricing for Military is also available via The pre-sale ends on Thursday, Feb. 5 at 11:59 p.m., while supplies last.