An Intimate Evening of Music with Paramore and Friends Copeland; 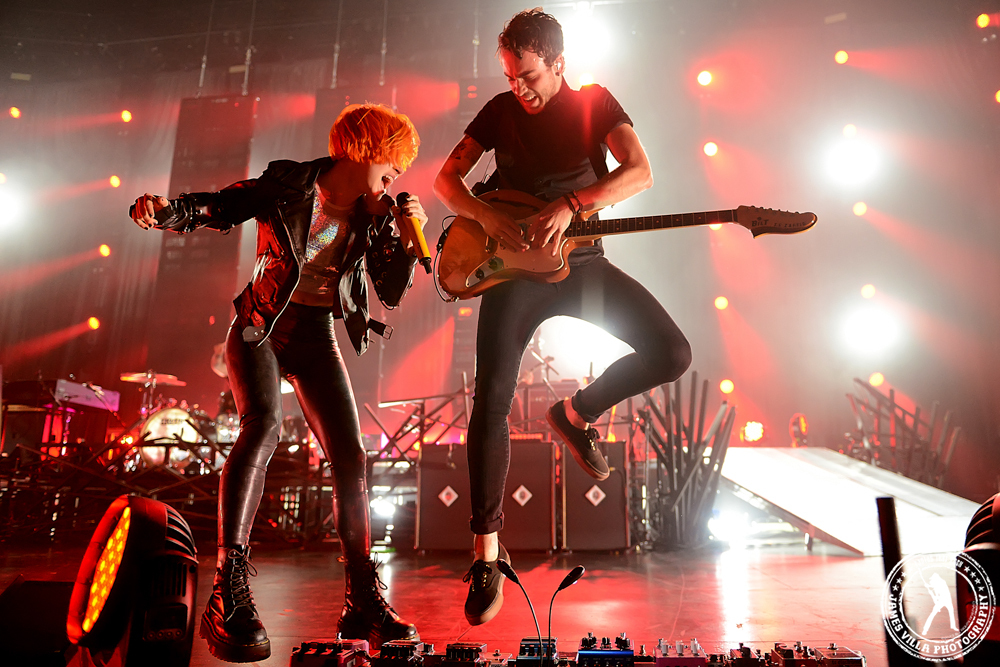 Fueled By Ramen recording group Paramore has announced “PARAMORE: WRITING THE FUTURE” an intimate evening of music with Paramore and Their Friends Copeland, set to hit prestigious theatres like the Beacon Theatre in New York, Grand Ole Opry in Nashville, and the Dolby Theatre (formerly Kodak) in Los Angeles beginning in late April. “It feels right to bring the Self-Titled era to a close,” said Hayley Williams. “We’ve had a very personal and hugely triumphant journey with this one. What wouldn’t feel right is saying goodbye to this time in the band’s career and not celebrating it with our fans in some special way. So we’ve decided to do one last little run with it. Smaller shows, beautiful theaters… and we’re not calling it a tour, by the way. Each night will be a little event, or as we said just a few seconds ago, a celebration.”

American Express® Card Members can purchase tickets before the general public beginning Monday, January 26th at 10am through Thursday January 29th at 10pm. Tickets go on sale to the general public beginning at 10am on Friday January 30th at livenation.com. The tour dates will also see the GRAMMY® Award-nominated band appearing at an array of spring festivals, including Gulf Shores, Alabama’s Hangout Music Festival.

Paramore recently earned yet another GRAMMY® Award nomination, with “Ain’t It Fun,” the RIAA platinum-certified, top 10 hit single from “PARAMORE,” receiving a “Best Rock Song” nod for the upcoming 57th Annual GRAMMY® Awards. In addition, Paramore singer/songwriter Hayley Williams was named the first winner of Billboard’s “Trailblazer Award,” honoring her as a standout female artist who breaks from convention to make a unique mark and pave the way for new talent. The Trailblazer Award was presented last month in New York City as part of the ninth annual Billboard Women In Music Awards.

“PARAMORE” exploded to the apex of the SoundScan/Billboard 200 upon its April 2013 release – the GRAMMY® Award-nominated band’s first #1 album to date. “PARAMORE” showcased a string of smash singles, including two top 40, platinum-certified hits, “Still Into You” and the aforementioned “Ain’t It Fun.” The latter track proved one of Paramore’s biggest singles to date, ascending to #2 at Top 40 outlets nationwide as well as to the top 10 on Billboard’s “Hot 100” – the band’s first ever top 10 hit and their highest peaking song thus far on both charts.