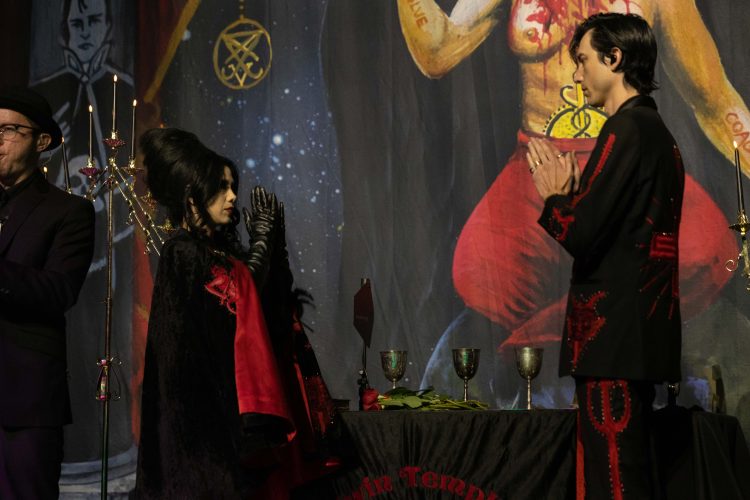 Written By Amy Stacy – All photos by Andrew Sherman 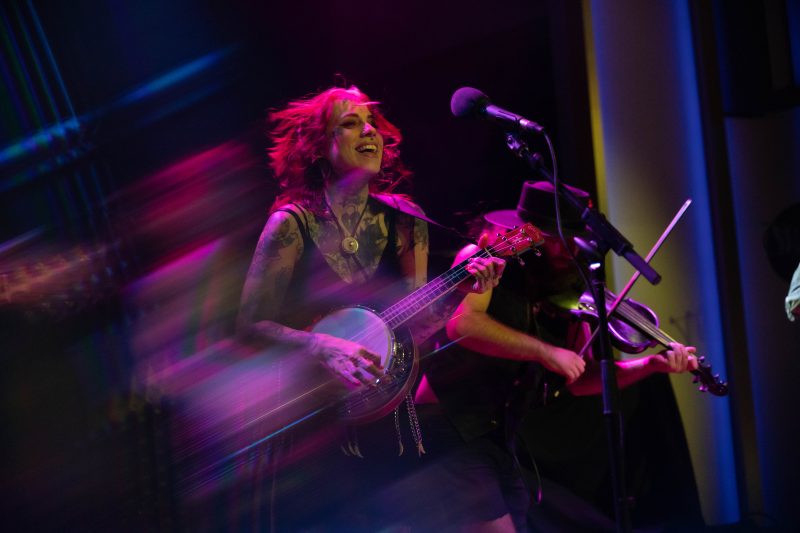 The Bridge City Sinners hail from the bridge city of Portland, Oregon to bring you Satanic bluegrass, folk punk, sinister swing – their own “genre fluid” sound.

Frontwoman Libby Lux is a show in herself – a conduit of raw emotion and theatrics, dramatic facial expressions as she sailed through a range from rockabilly siren, then screeching banshee to the guttural growl of a woman possessed. The crowd already knew the words and happily sang along.

They put on quite the hootenanny. Libby Lux played banjolele, Michael Sinner on resonator guitar, Lightnin’ Luke on fiddle sang on the duet “Devil Like Me”, Clyde McGee on banjo, Scott Michaud at the upright bass. I found myself uttering “Goddamn!” more than once over their talent. 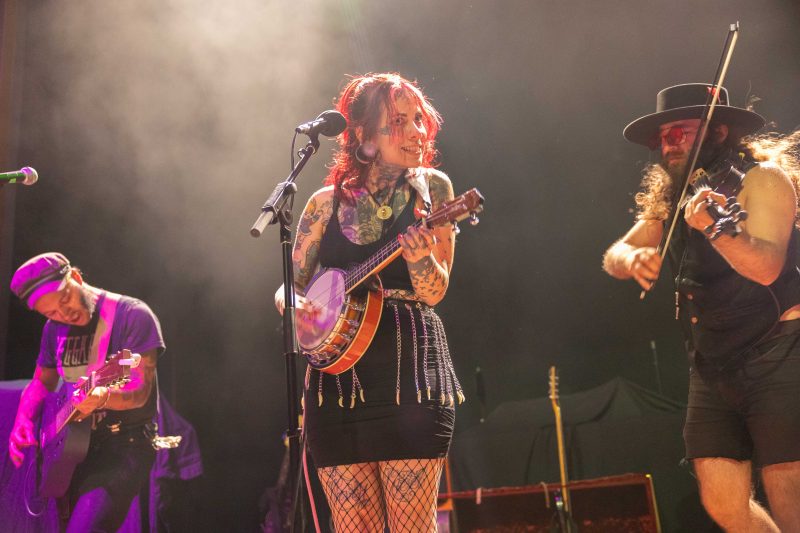 “Ashes” proved an emotional tribute to a dearly departed friend who left too soon, Tomas of Profane Sass. She encouraged everyone to hug who you’re with because you just never know how long you have.

They pleased the crowd with a fan favorite, “Witches Wrath”, then closed with “Unholy Hymns”, which found mainstream popularity at #70 on the Billboard Charts. 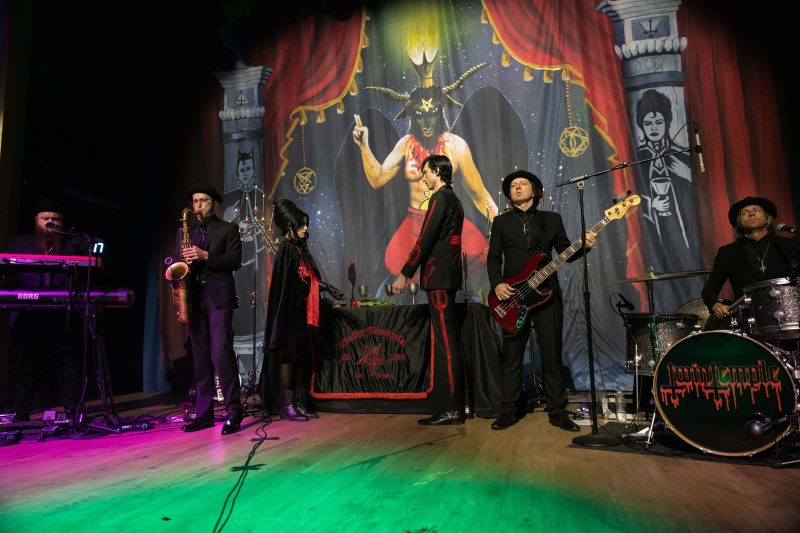 Twin Temple singer Alexandra James and guitarist Zachary James were here to share their Satanic ritual and well-played doo-wop on their first headlining tour of the US.

Alexandra’s high black beehive and Zachary’s evil western shirt gave them an anachronistic feel, like they may have emerged from an old occult horror movie to spread the word about their dark savior,and of free will. Inverted crosses abound, all colors were black or red – it felt like a different (ceremonial) place in time.

A dramatic reveal of their Baphomet backdrop was received with cheers and applause. Between candelabras of black candles Twin Temple led the audience in incantations – raising horned fists, ceremonial swords, ringing an altar bell, dousing of (un)holy water and chanting 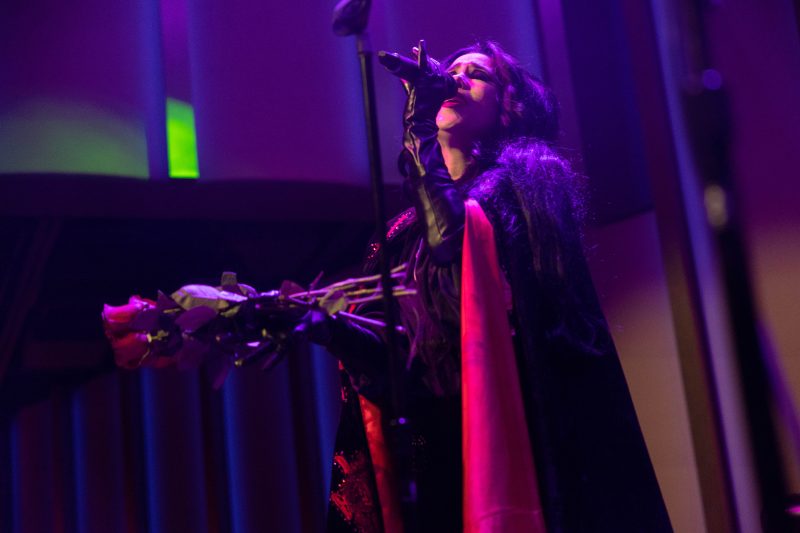 Alexandra commanded the ceremony, singing dark gospel in rich tones. She led the crowd in prayer to “end guilt and shame, end patriarchy and oppression” and for women, to “grant us the power of our own bodies”.

A perfect start to their Halloween tour, the entire experience was an exciting spectacle to behold that won’t soon be forgotten – well worth seeing and not to be missed!