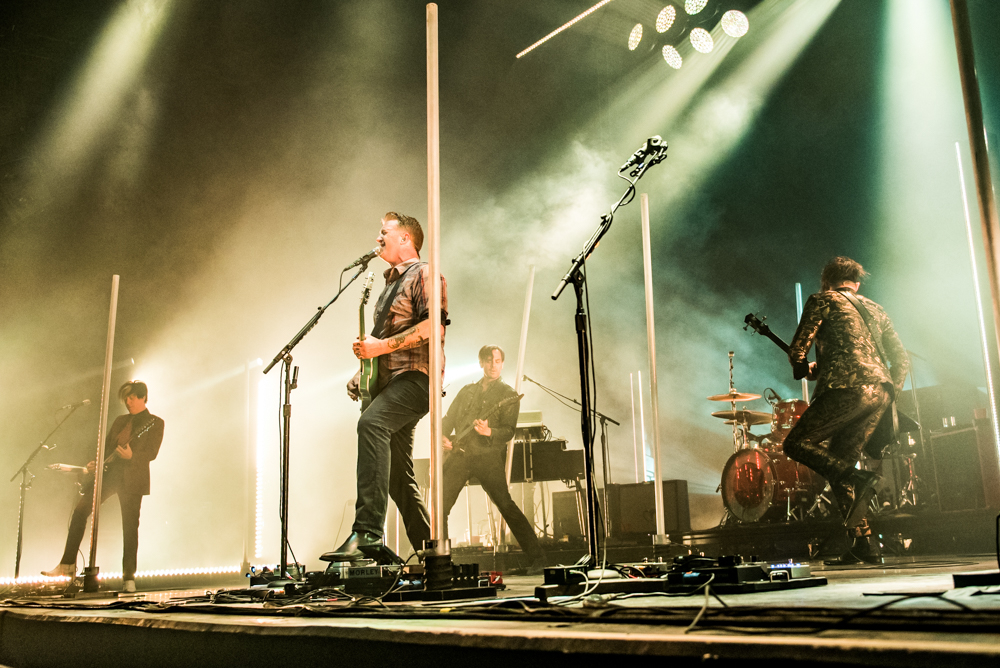 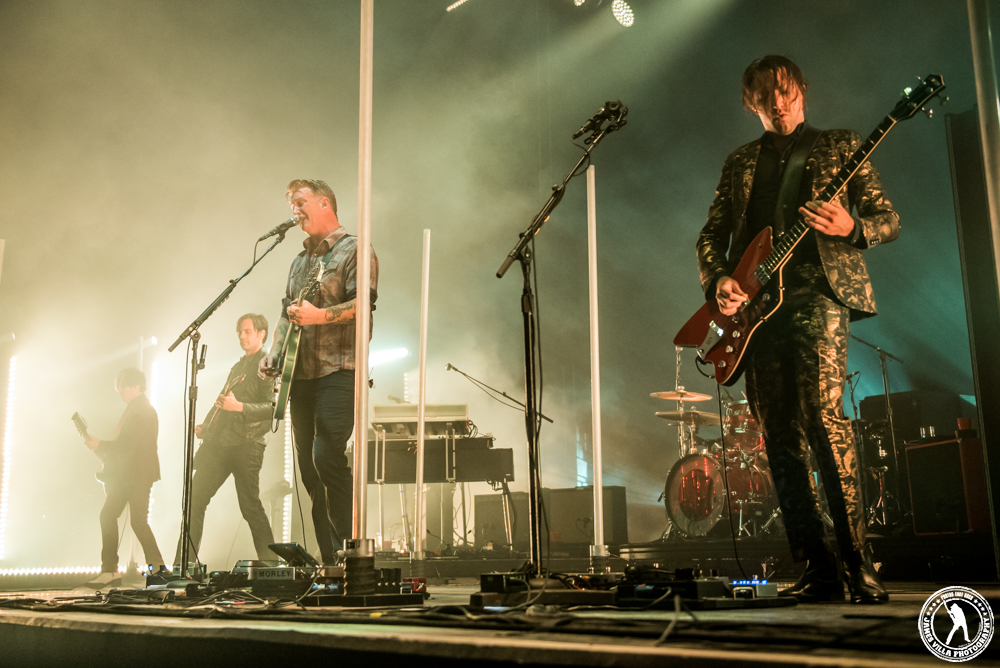 QUEEN OF THE STONE AGE came to Dallas, Texas – or Irving, to be precise to the newly built, live music venue in the DFW Metroplex at the end of April to the pleasing eyes and ears of an eager and appreciative crowd. Happy to be in the midst of perfect temperatures, and ready to see where the music of this iconic band of the mid/late 1990’s would take them in 2018, the night would be one of those memorable ones that people talk so fondly of in thinking of the past.

What’s great about a band from the late 90’s that has actually survived the torrents of the music melee, is that now, they are free to perform and be who they are with their music and performances. I might describe it as “zero F’s given” because, similar to when the band formed, they gave it everything, giving no F’s because what did they have to lose? Now over 30 years later – same concept. Zero. F’s. Given. And it was glorious to see come through the members of QOTSA. 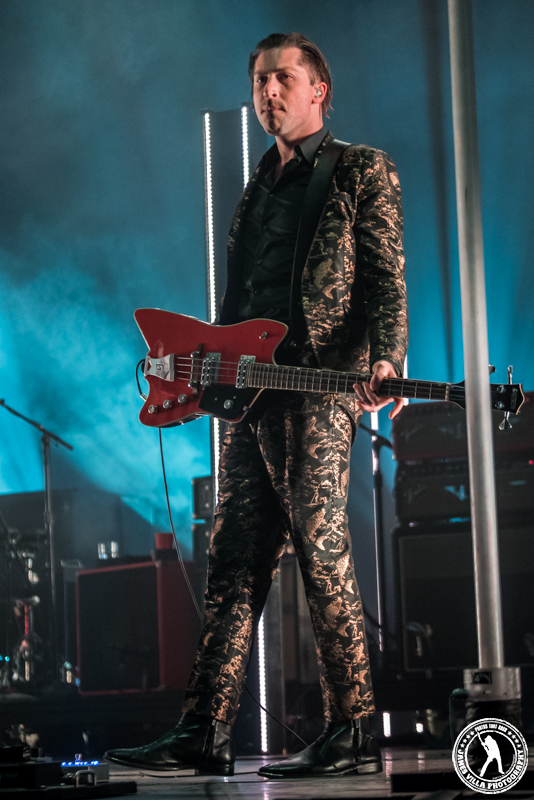 Now, that is not giving a royal F is necessarily a negative thing. It’s not. It means that any and all of the racket and the noise of the middle parts of the band’s career, that could have distracted and taken away from the creation of their music are in the past and gone; what we see is what is supposed to be. Music spanning the majority of some fan’s lives; songs that etched a memory of an event or point in that person’s life then, were about to take them back right here, right now in the truest form.

And that is exactly what happened. With 18 songs played, effortlessly, I might add, and some connections made with fans between songs that will last another 30 years. Like right before Little Sister as JOSH HOMME commented to a couple in the crowd that they were a lovely couple, and it would be nice for him to be in the middle of the two…in a Biblical sense. Or when the audience sang Happy Birthday to JON THEODORE spontaneously and sounded like a choir of drunken soldiers, singing in a cave or echoey canyon. He waited until the crowd was done singing then added “It’s not really his Birthday”. 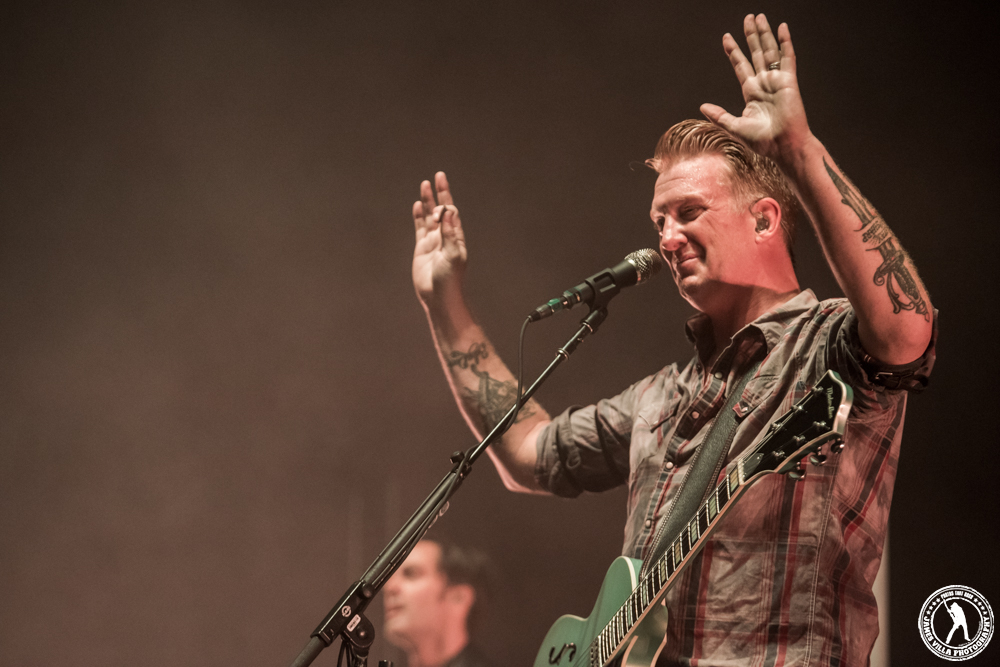 QUEEN OF THE STONE AGE brought the sound and structure of rock that they could be given props to creating or helped create back then and they brought it with energy, precision, and fun. Even with heavy topics such as freedom (or lack thereof) of speech, control, and deceptions, the band put it all out there to be soaked up by the audience, like the dry end of a dishrag grazing a puddle of water. And soak it up we did! Check the setlist and then if you haven’t picked up QOTSA’s latest release VILLAINS via Matador Records that came out at the end of the summer 2017, do it!

QOTSA isn’t finished making music, to me, it looks like they are just getting started.

The band remains on tour and you can find the rest of their dates by visiting QOTSA or their Facebook page .

Feet Don’t Fail Me
The Way You Used to Do
You Think I Ain’t Worth a Dollar, but I Feel Like a Millionaire
3’s & 7’s
Mexicola
(Request from the crowd)
No One Knows
The Evil Has Landed
Burn the Witch
Domesticated Animals
Smooth Sailing
In My Head
Make It Wit Chu
My God Is the Sun
If I Had a Tail
Villains of Circumstance
Little Sister

Go With the Flow
A Song for the Dead