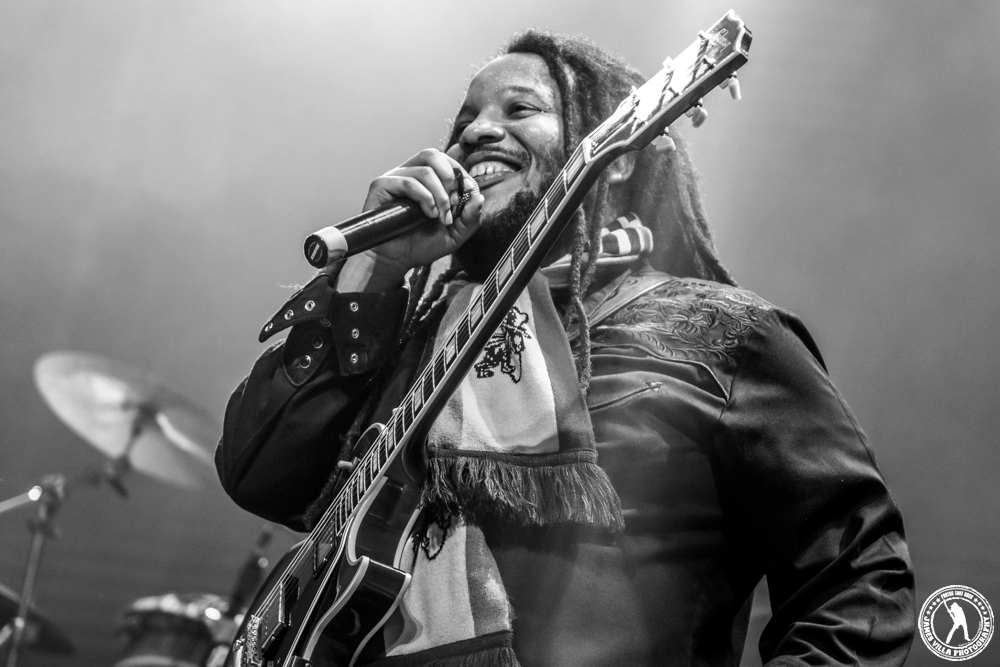 Being a fan of the legendary Bob Marley as well as Ziggy Marley I thought I knew what to expect walking into Dallas’ Gas Monkey Live on this Thursday night. Little did I know that it would be something completely outside my realm of expectations.

From the moment Stephen Marley stepped on stage, he had the crowd mesmerized. His stage presence was undeniable, while he often addressed peace, politics, and love with the crowd.

The family bond he shared with the other musicians on stage was overwhelming; and at one point Stephen took a quick break to introduce the next generation of Marley’s, his son, to the spectators. For the duration of the night, the youngest Marley was seen waving the Ethiopian Flag around, a clear sense of pride seen in his eyes. 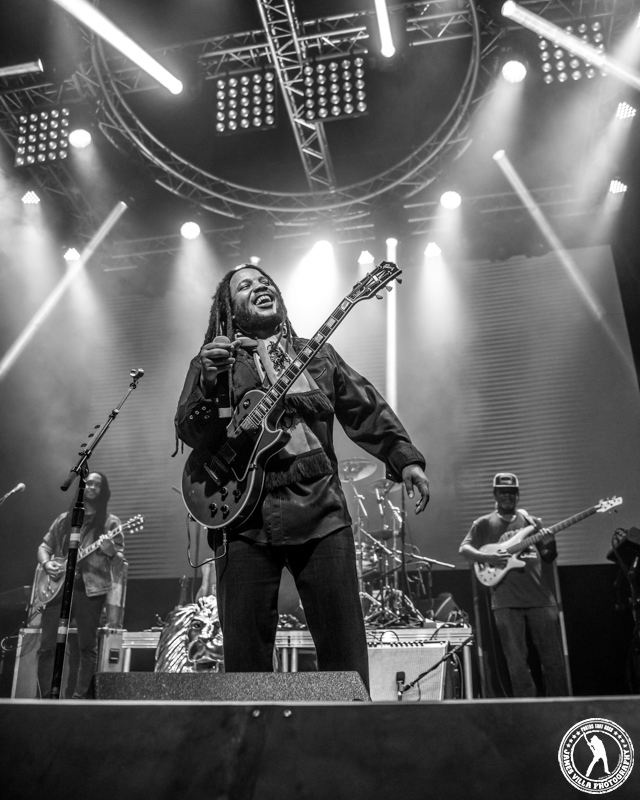 Stephen Marley showcased several songs from the new album Revelation Pt. 2 – The Fruit of Life. It’s an an album that creates a new era for Reggae. The key Reggae sound is still there, yet what Stephen has added has created something unique.  By adding selected and well-calculated guest appearances on certain songs, he has designed a new distinct element within the classic vein of his father’s music.

Throughout the evening, he  even incorporated many of his father’s classics, and although the crowd showed its full appreciation for these moments, it was apparent that they were truly there to hear Stephen play his music. The stroll down memory lane was just an added bonus. 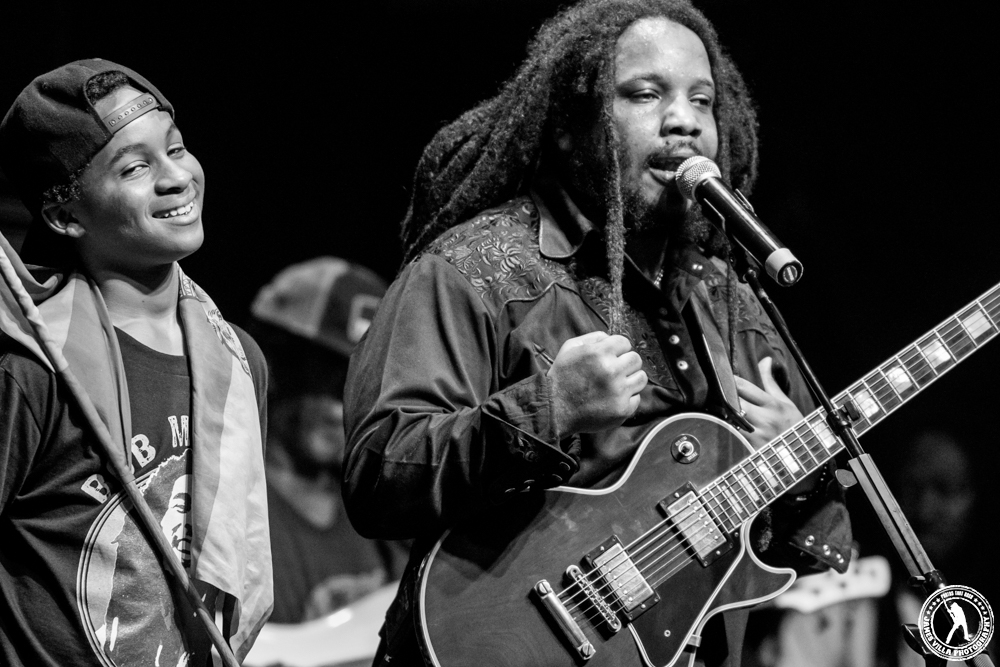 I myself was truly impressed with how the crowd sang along and danced to everything Stephen performed, including what he introduced from his newly released Revelation Pt. 2 – The Fruit of Life.  It’s not often that you see that kind of response to something new, especially since the new record was still hours away from its official release.

The couple of songs that really stood out from it were “So Strong” and “It’s Alright”, which are bound to become staples for some time at the shows.

Stephen’s performance this night was not only memorable but also encouraging.  It proved that there are still several musicians out there that care about their fans and want to go above and beyond to make sure that their message is heard.  I, for one, am officially a fan.

If you get a chance, you owe it to yourself to catch Stephen Marley this Summer. 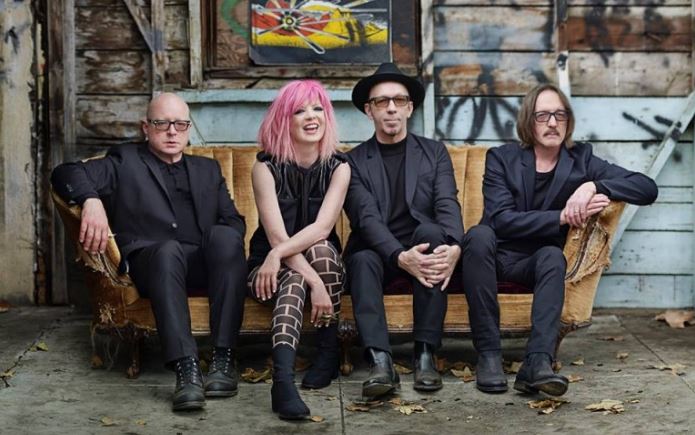 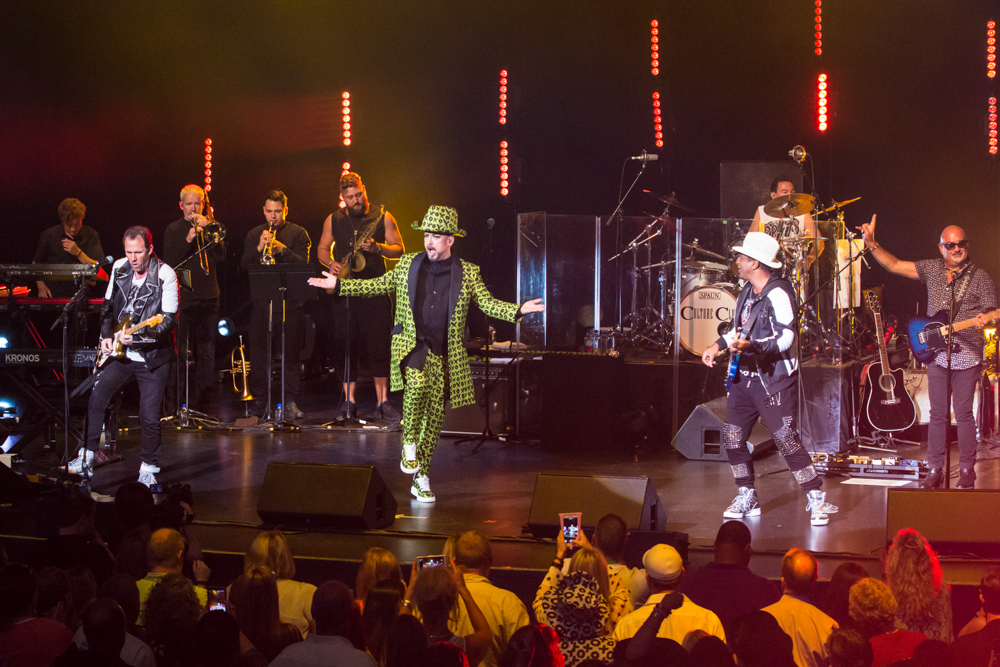