BULLET FOR MY VALENTINE RELEASES NEW VIDEO FOR “WORTHLESS” 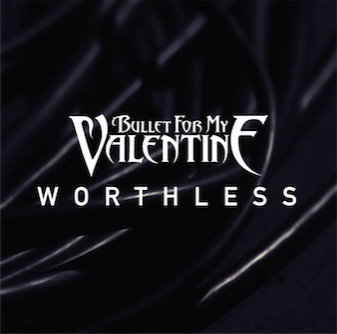 UK metal band Bullet For My Valentine has kicked off “The British Invasion Tour” in support of their recently released album, VENOM, and in celebration has premiered a new video for their latest single “Worthless.” CLICK HERE TO WATCH THE VIDEO NOW!

The crushing new video for “Worthless” was directed by Stuart Birchall, who also recently helmed the videos for “Venom” and “You Want A Battle? (Here’s A War),” produced by Jamie Whymark for Kode Media and filmed at Elstree Studios in London, UK.

“The video itself is very direct, there’s no narrative at all,” says singer/guitarist Matt Tuck. “We wanted to keep it super simple and as we went really deep in narrative on ‘Battle’ and ‘Venom’ we thought it would be nice to keep it more performance based. The song itself has become one of our favourites from Venom and from all the comments we get from you guys we know it’s one of yours too. Enjoy.”

Released in late 2015, VENOM is Bullet For My Valentine’s 5th studio album. The highly anticipated record debuted at #1 on the Billboard Hard Rock Albums Chart and #8 on the Billboard Top 200 Chart making it one of the year’s biggest heavy rock/metal debuts. The record features a number of successful singles including “No Way Out,” “You Want A Battle? (Here’s A War)” and “Army Of Noise.”

Bullet For My Valentine recently kicked off their headlining “British Invasion Tour” in support of VENOM with a SOLD-OUT show at House of Blues in San Diego, CA. The U.S. tour will continue into March with support from Asking Alexandria and While She Sleeps. The band will return stateside later this summer for the “World’s Loudest Month” festivals, including Welcome to Rockville, Fort Rock Festival, Carolina Rebellion, Rock on the Range and Rocklahoma Festival. Tickets and VIP packages for all shows are available at https://www.bulletformyvalentine.com/#tour. 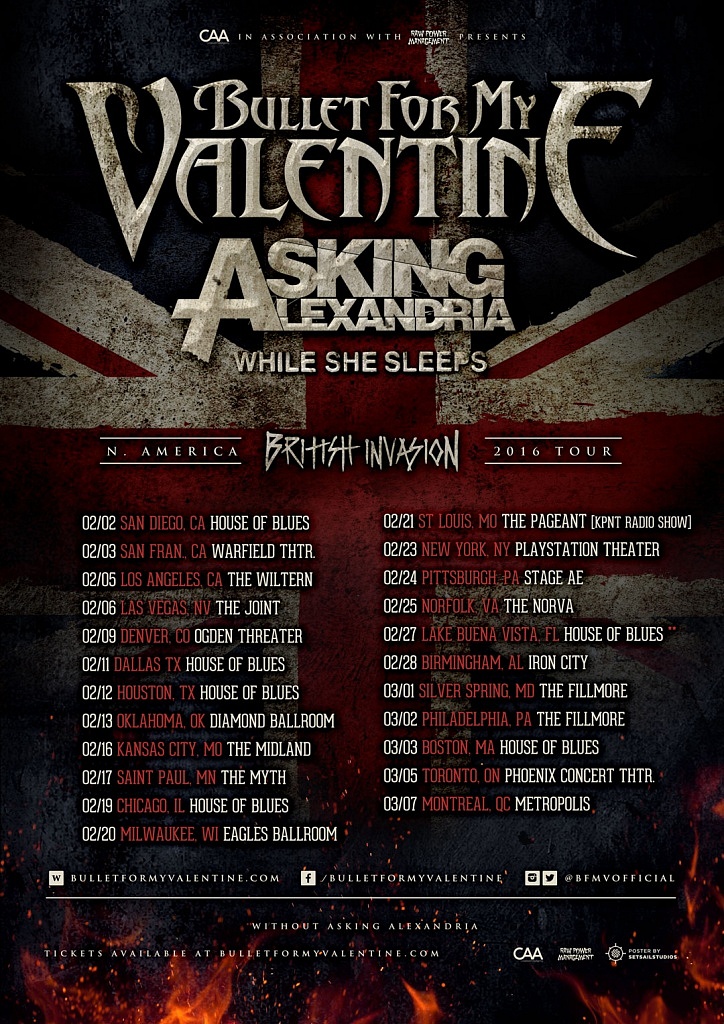