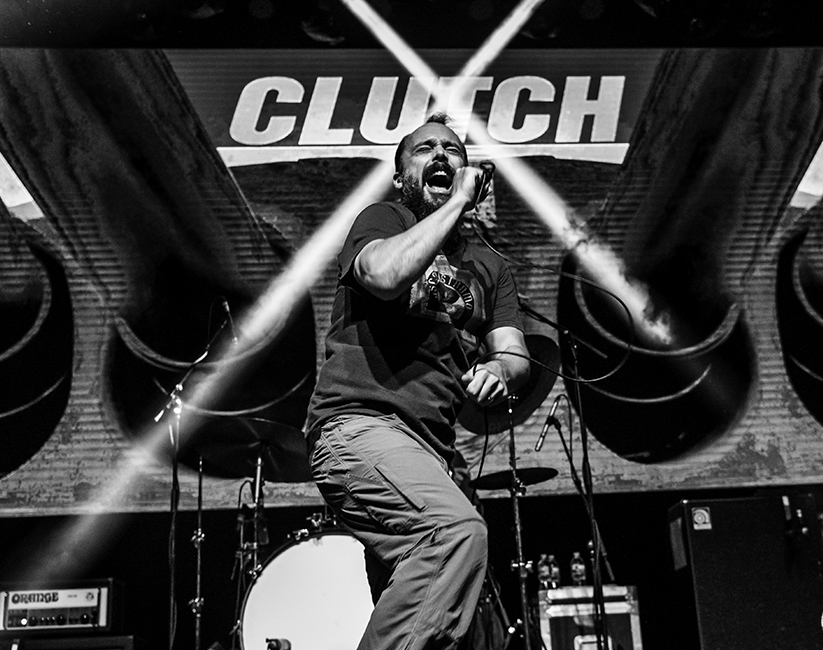 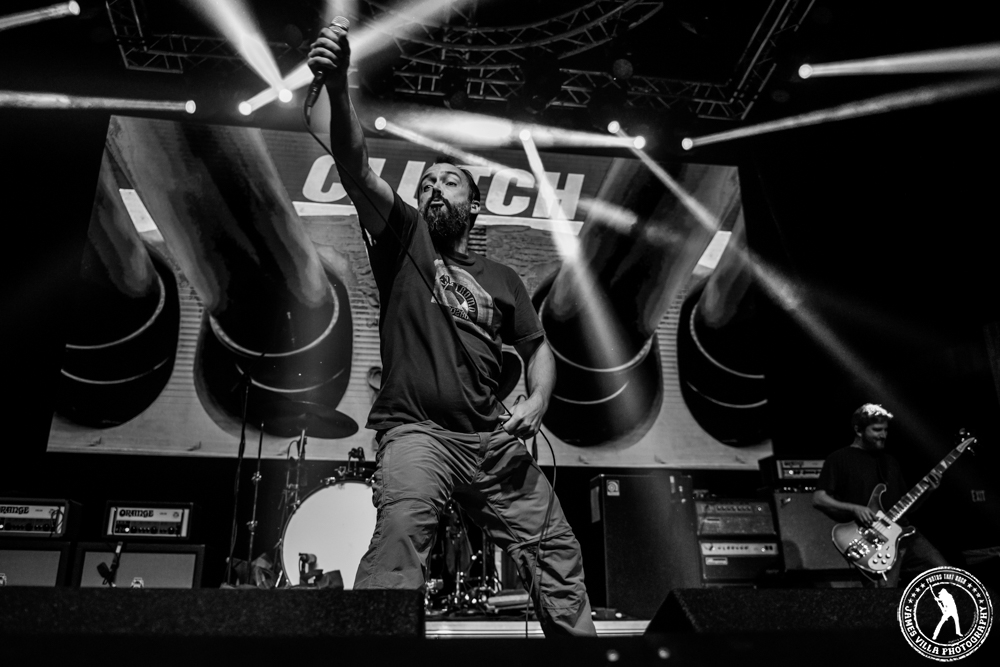 Days after seriously rocking people out at the Aftershock festival in Sacramento, CA, Clutch made their way to Dallas. This show was a part of a quick run they were doing with Mastodon, the two titans mainly focusing on Texas, the Lone Star state hosting three of the four joint shows they were doing.

It was Clutch who was taking the final slot Dallas, TX this night. The venue is deep, a massive bar located in the front portion of the venue, with the stage being well past that, yet standing by the bar was the best viewing spot many could hope for. It was packed, bordering on being a sold-out show, all the patrons eager to see both bands, seeing as it had been a little while since either had been in town.

While here earlier in the year, Clutch had treated fans to many classics, but with Psychic Warfare having just been released, the four-piece rock outfit was ready to try out their new material on people, particularly “A Quick Death in Texas”, a song vocalist Neil Fallon noted he had been waiting to play in this state. 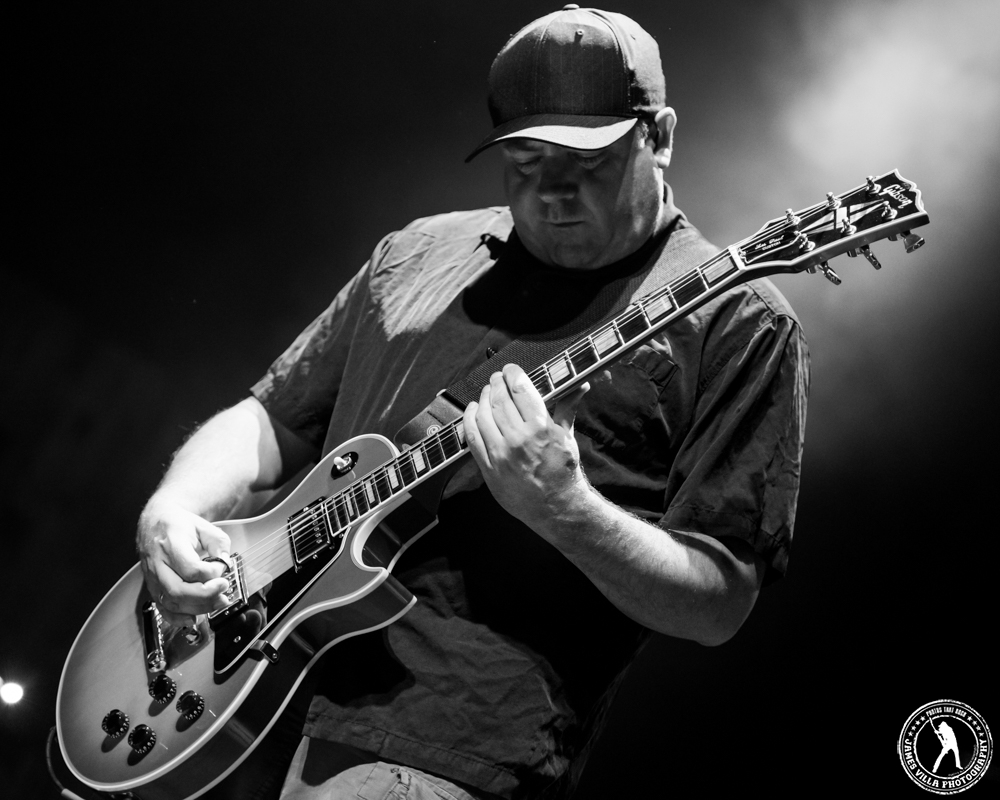 They focused heavily on that album, their eleventh studio release. In fact, with the exception of the first track (which is more for the story and not necessarily a true song), they played the album in full. Fans could easily argue amongst themselves about Psychic Warfare even being the best album the band has done, or at least right up there near the top, so hearing them perform it was something special. Even if it wasn’t fully appreciated by the fans, it was still greatly enjoyed.

They didn’t forget the older stuff for all the longtime fans, though. Tim Sult being meticulously yet aggressive in picking at his axe on songs like “The Regulator” or “The Dragonfly”, Dan Maines and Jean-Paul Gaster made up the mighty rhythm section that helped ensure each number packed a brutal punch.

As the show neared the end, the spectators were treated to a nice surprise. Not only did Clutch bust out “Spacegrass”, but they brought Pepper Keenan of Corrosion of Conformity (who was also a part of this tour) up on stage, the musician providing the rhythm guitar parts of the track. 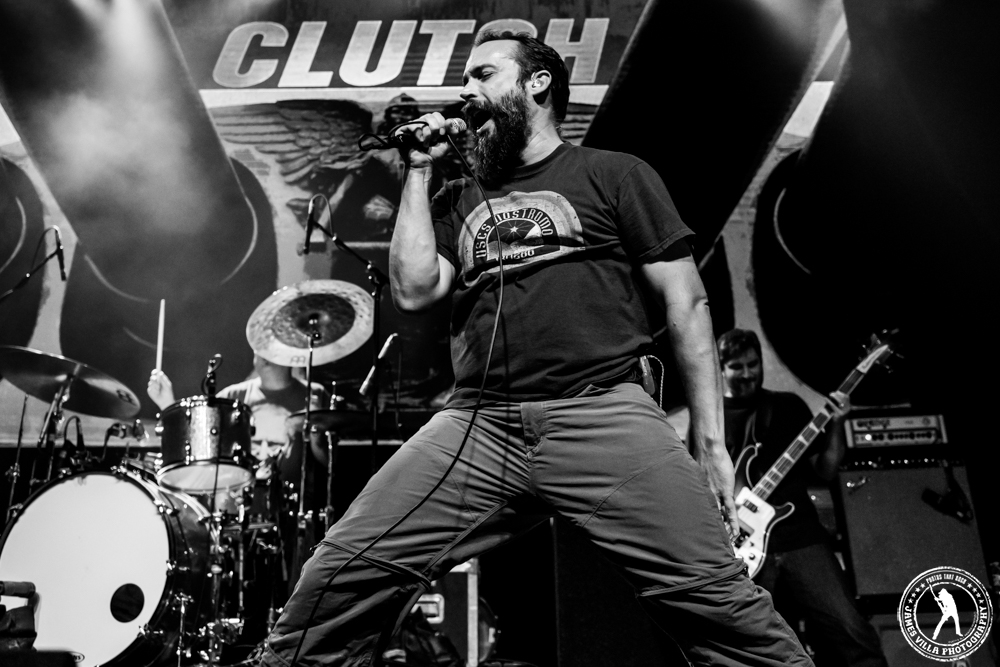 “The Mob Goes Wild” soon wrapped up the show, that being one song everyone seemed to have hoped to hear this night.

This was a truly exceptional night of rock/metal in Dallas, TX. A career that has spanned a couple decades has molded Clutch into one of the best rock outfits out there. Their passion for what they do is still very evident and they poured everything they had into this performance, still wanting to make sure they gave the audience the best show they possibly could.

They achieved that, ensuring everyone walked out this night feeling very satisfied with how they spent their Thursday night.