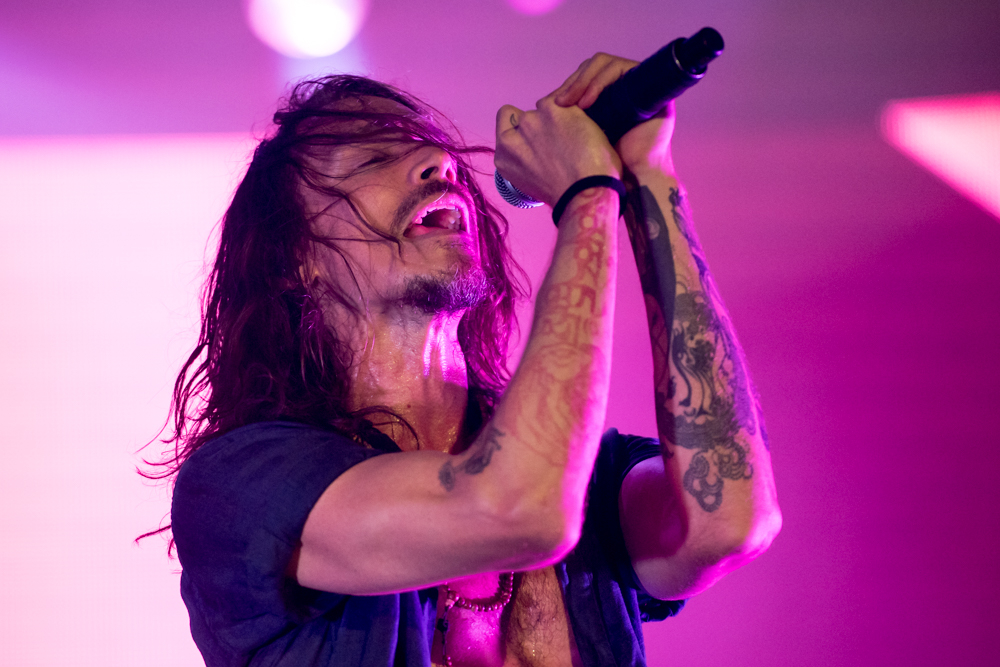 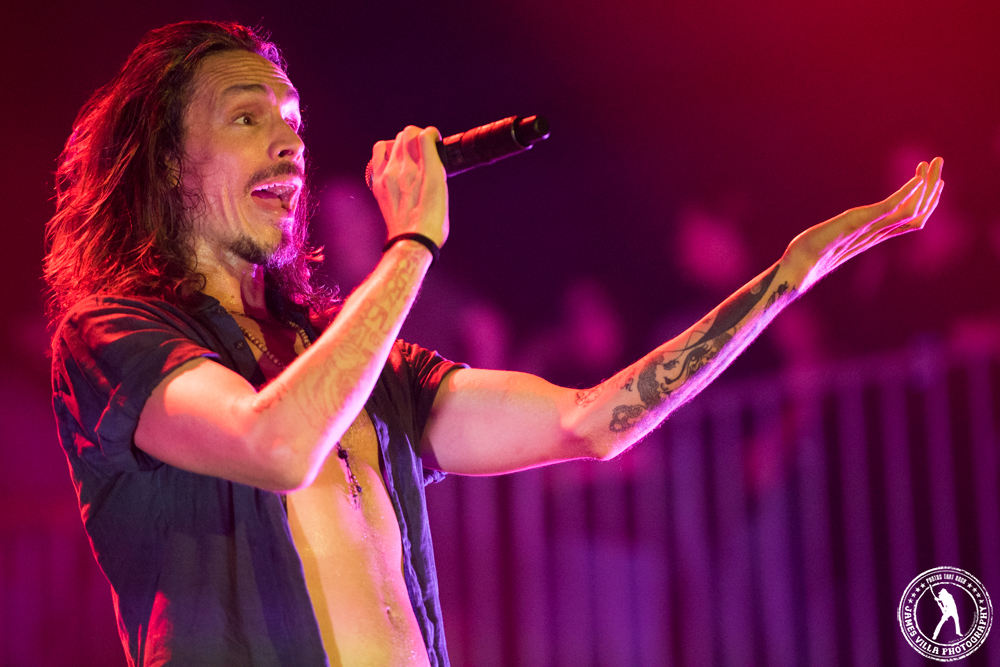 Typically, an opening bands job is to warm up the stage. However, with this being a co-headline between Incubus and Deftones, the latter had completely destroyed it. I was curious if Incubus could even follow it up. From the looks of it, so was everyone else. That, or they knew the California-based group would have no trouble obliterating whatever their tour mates hadn’t.

For me, I was unsure what to expect. Honestly, I’ve never gotten into Incubus’ music, even after several listens over the years. Not to say I think it’s bad, I’ve just never found it appealing. Still, live, I was hoping it would translate better and speak to me more.

The lights went out, the throng of fans screaming as a counter showed on the massive screen at the back of the stage. It was counting down from fifty, and after that many seconds passed, silhouettes of most of the band members appeared on the stage. 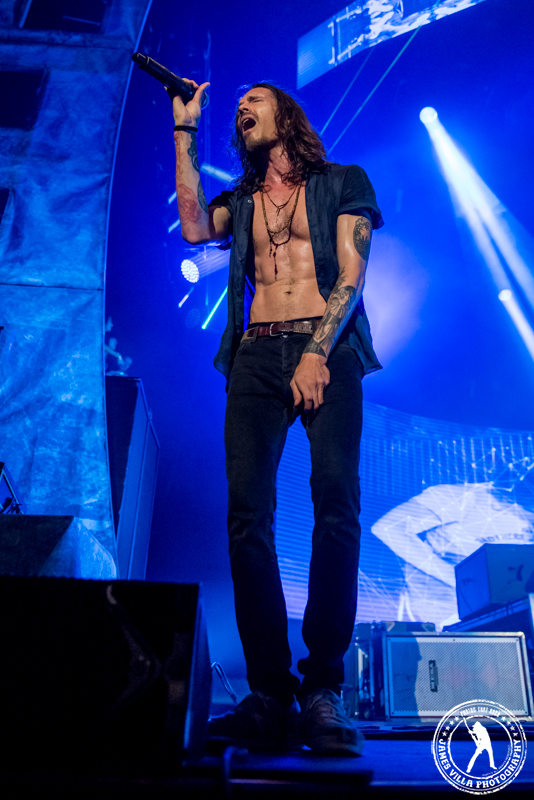 It was just the instrumentalists at first, Brandon Boyd waiting a minute or two before taking the stage to begin a set that was apparently somewhat different from many other setlists they had been doing this tour (according to what I researched online). For starters, they opened with the first cut off 2001’s Morning View, “Nice to Know You”. “Nice to know you, goodbye!” many of the spectators echoed along with Boyd; the frontman showing just how precise he is with a microphone as he pulled it away from his face during the louder screams he let loose. He was clearly aware of every little detail this night.

Sure, they did put out an EP just a few months ago, but aside from that, it has already been four years since Incubus last released a full-length record. So, with no real new material to draw from, this night seemed to consist of nothing but classics. One song after another earned rave responses from fans who easily nailed down what track it was by the opening riffs. “Circles” was one such song, getting some boisterous cheers as it got underway.

“Sick, Sad Little World” was a personal favorite of mine, capturing my attention right from the first line, “No, you’re not the first to fall apart, but always the first one to complain.” I was definitely enjoying the show overall and had been right from the start, however, that one got pretty interesting thanks to the breakdown. Some drums were set up center stage, what looked like a floor tom as well as a conga. Boyd used both, spending a good deal of time on each, while Mike Einziger let his talent on the guitar shine with that wicked, fairly technical solo. 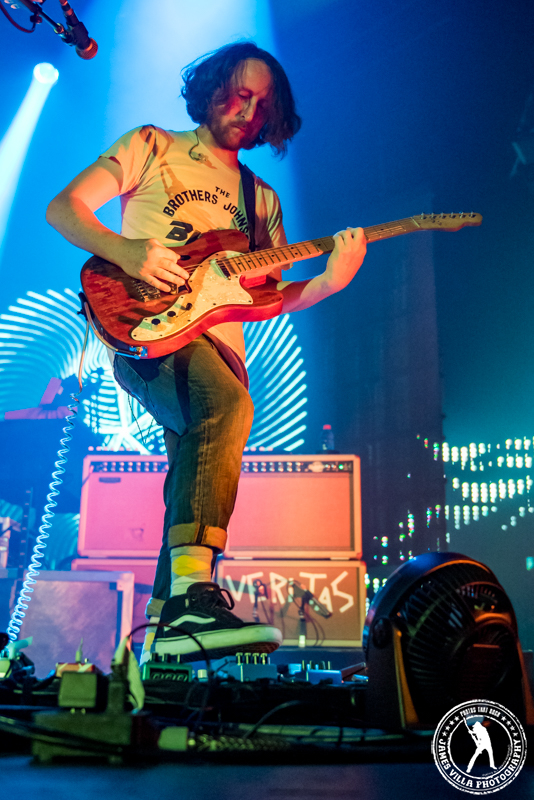 They did half of the Trust Fall EP this night, having knocked one song out a little earlier. The title track was the other one they performed, and they already looked and sounded completely at home playing “Trust Fall”. Not being familiar with their songs, I even assumed it was more of a classic. For a band to take what’s still such a new song and do that is pretty good; and I’ll be curious to see if they can manage the same thing when they have cuts from a new LP to work into live shows.

Much like the current tour mates before them, Incubus just busted out one song after another, nearly all of them being long, though none of them really felt it. Chris Kilmore had been thrashing around from his station with the keyboard and turntables this night, though he took a breather when he began the delicate piano piece that begins “In the Company of Wolves”. After the song switched gears, Boyd was seen donning a mask, its eyes glowing as he kept it on for the duration of the track.

“I Miss You” acted as the balled for the night, a large portion of the fans singing along. It obviously meant something to much of the audience. An apt follow-up to it was “Love Hurts”, a song about the hardships that can come with the emotion, and even that pain can be good. 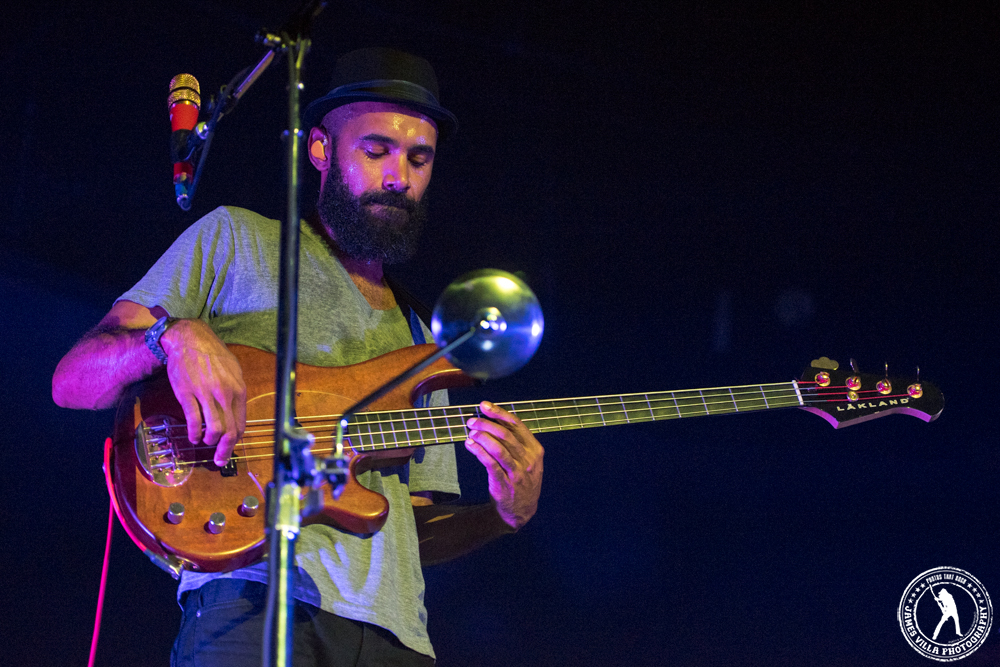 “Megalomaniac” was a definite highlight for many, while “Calgone” came straight out of left field. I don’t think anyone was expecting or even hoping to hear the closing track from S.C.I.E.N.C.E., yet there they were, knocking out what was often a brutally raw rock number, sending the energy level soaring.

After squeezing one more song into what was almost a twenty-song set, they offered up “A Crow Left of the Murder” as their parting gift to what was surely a sold-out crowd, and a crowd who had been enjoying every last second of what Incubus had done.

It didn’t take any time for Incubus to start growing on me, and by the time it was all over, I had been turned into a fan. Perhaps not being familiar with any of their songs worked out for the best for me, though. Afterwards, on social media, I saw more than a few people taking shots at the setlist for it being “wrong”, baffled they played some of the songs they did. Of course, that’s going to be the case with any band who has been around as long as Incubus has, the older stuff will always be the favorites, while the newer, for better or worse, is shunned by most.

I didn’t see a problem with any of it. There was never anything that even felt like a weak song in this set, the majority of the people enjoying everything. Not just all of the songs, but also the performance each of the members gave, each taking the spotlight at various moments throughout the night.

I’ll certainly be checking out Incubus again, whenever they return to Dallas; and they alone would have been more than worth checking out this night. But the doubleheader that this show was, titans like Incubus and Deftones teaming up, that made for an absolute spectacle. This was definitely a concert for the ages.

Wish You Were Here
Anna Molly
Circles
Absolution Calling
Are You In?
Vitamin
Trust Fall
In the Company of Wolves
Nice to Know You
Here in My Room
Sick Sad Little World
Pardon Me
Love Hurts
Megalomaniac
Warning
Drive
A Crow Left of the Murder