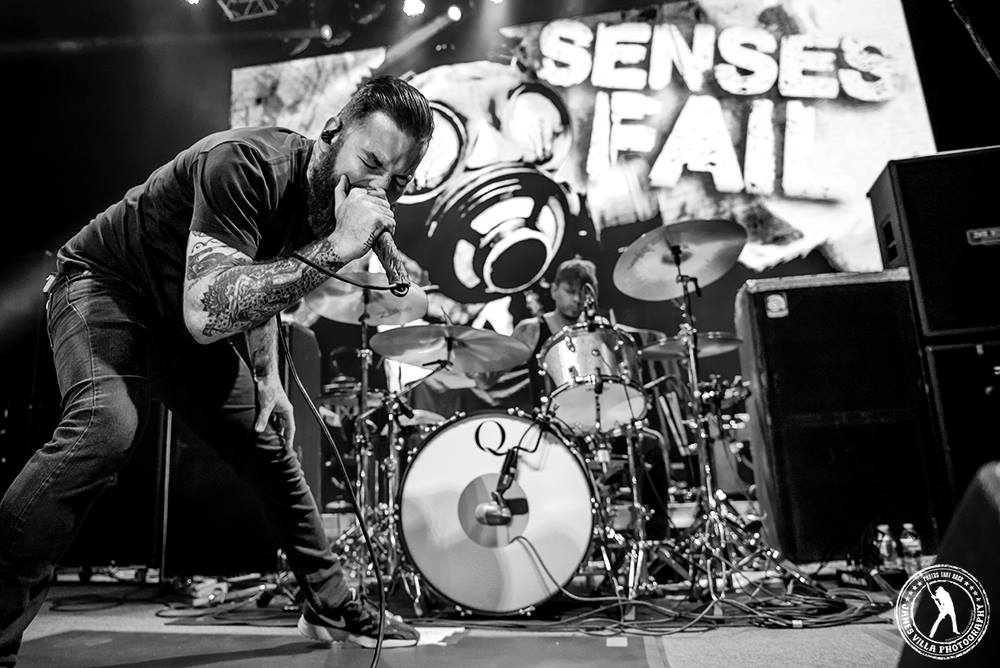 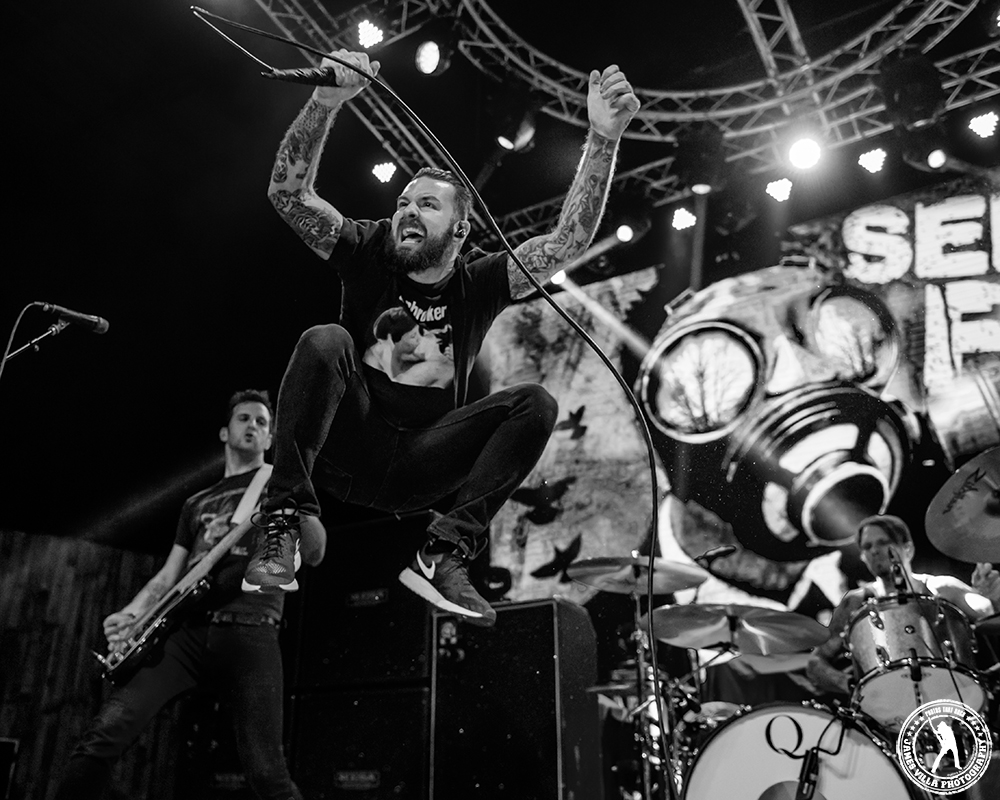 Gas Monkey Live was a lively place this night (no pun intended).

Bayside and Senses Fail’s tour together in support of the former’s 15th year as a band was stopping there in Dallas, and each band had a substantial fan base out.

Man Overboard and Seaway had each done great jobs of warming people up, but the anticipation was surrounding the big ticket names who have been in the business for years now.

You felt the energy change as soon as the five guys from Sense Fail walk out on stage. Fans were screaming with delight, their adoration obvious.

The excitement was only intensified by a barrage of songs the group unleashed, taking only momentary breaks between the first three, as Buddy Nielsen put his voice to work as he screamed on some of their heavier stuff. Fans were hoisted into the air as they began crowd surfing towards the front. It happened in waves, as many of the fans tried to enjoy this in the most dedicated way possible. 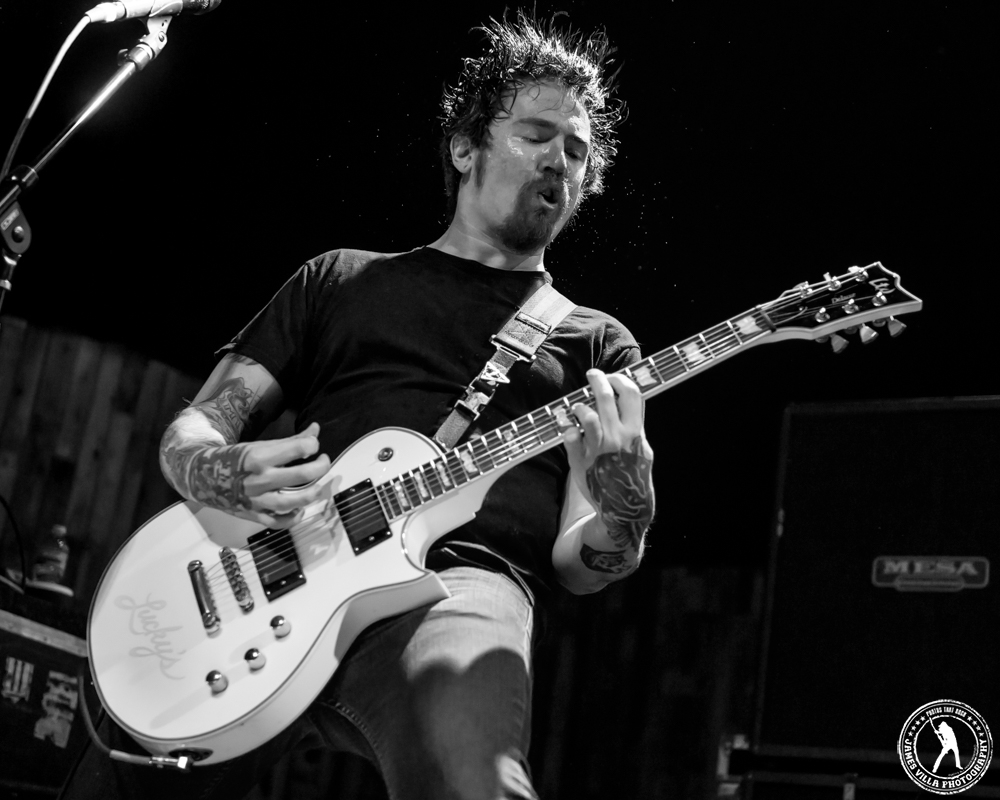 Nielsen appeared to be drawing from a bottomless well of energy, seldom being still as he raced over by guitarist Matt Smith on stage right, and then to the other side where fellow guitarist Zack Roach and bassist Gavin Caswell were stationed. The only time the frontman really stopped was during the second number, and even then he was spinning the microphone around by the cord or launching it into the air. The ease of which he did it was impressive.

Only after those three did they take time to catch their breath, allowing Nielson an opportunity to thank Bayside for bringing them along on their birthday tour, before addressing an issue quite personal to him. He mentioned he had recently come out as being “queer” (that was his own wording of it), saying he didn’t subscribe with any of the typical labels as far as sexuality is concerned. Because of that, not feeling like he identified with any category out there, well, it had helped contribute to years of suffering for him, all because he never felt like he belonged. Much of the audience was already applauding him; and he asked that everyone, regardless of if they can personally relate to things like that or not, have some compassion for the people who are struggling with it.

That was all what their new single, “All You Need is Already Within You”, was about. “You have a heart, don’t forget this! It’s so easy to become protective!” he bellowed in his screaming voice on the positive sounding song. As it faded out, a clap along was started as they went old school with a track from their debut EP, From the Depths of Dreams. For the longtime fans, they were elated to hear “Bloody Romance”; and it was amazing how Nielsen so effortlessly changed his voice as they returned to their post-hardcore/punk roots.

“Holy Mountain” mixed the qualities of both old and new Senses Fail, with some melodic pop elements intertwined with the heavy parts that were perfect to thrash around to, with “Closure/Rebirth” doing more of less the same. Though it was perhaps a hair more hardcore than the previous. 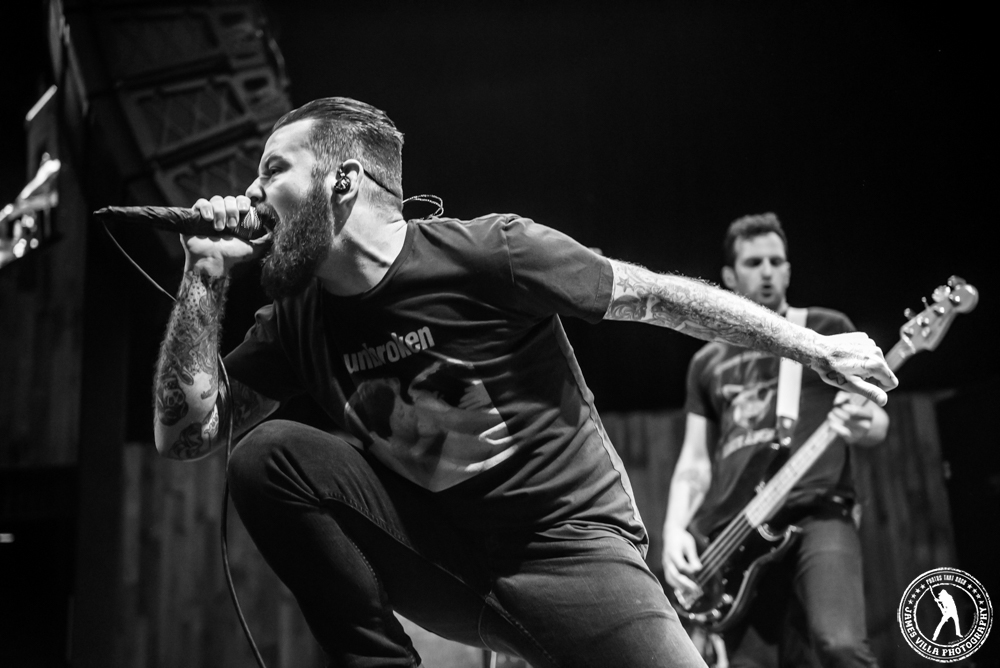 As Roach bridged them into “Buried A Lie”, Nielsen appeared to be using the slack from the mic cord like a jump rope. It was another one that appeased most of the patrons, many of whom sang along on that catchy chorus.

“Wassup?!” the frontman than said, repeating it. At least I think that was what he said. He used such a throaty scream it was hard for me to be certain. He then commented on how a lot of people think he’s perhaps drunk while up on stage, and he pointed out he was as sober as he could be at the time. “I’m just a weirdo, like we all are,” he proudly admitted, saying he finds his spirit animal when he’s up on stage. That made this the perfect time to point out a fan, as he said the oldest guy in the room had just crowd surfed, urging everyone else to try a little harder.

They raced through “Can’t be Saved”, which turned into a bit of a sing along, before Nielson took time to thank the venue owner for having them out. Well, he attempted to. The Gas Monkey is owned by Richard Rawlings (who can be seen on Fast ‘n’ Loud), though he thanked Guy Fieri from Diners, Drive-ins & Dives for having them out, going into a quick little speech on how much he liked him. No one really seemed to mind. I overheard some of the staff laughing about it later, just having got a good kick out of it. You can’t fault him, either. Being on the road like they are is tough, waking up in a different city every day, so getting two TV personalities mixed up is understandable, I think. 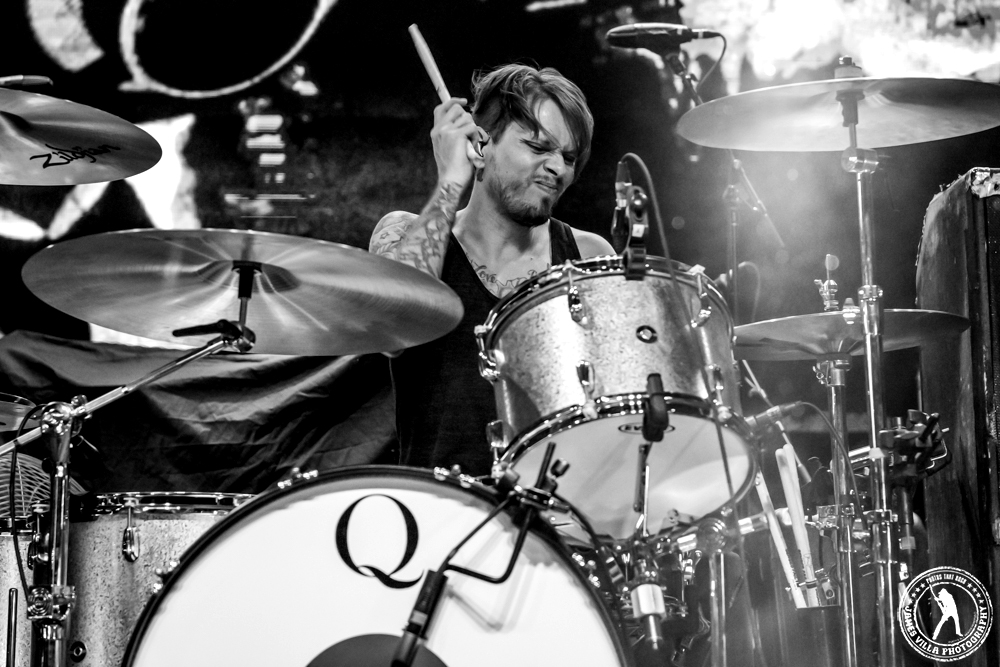 With that, they finished their 40-minute set with “Bite to Break Skin”, which saw Nielsen leaping into the crowd towards the end. He lost the mic sometime between crowd surfing and rolling back onto the stage, though he continued running around and leaping into the air, still shouting out the lyrics, even if you couldn’t hear them.

Senses Fail may have been around for going on thirteen years, but this marked my first time seeing them. After having heard so much about them, they did not disappoint.

I think it’s safe to say they even stole the show this night. The untamed energy and raw, brutal performance that accompanied it was something to behold. Actually, their newer style is much heavier than the type of music I usually like, though those were the songs I enjoyed most this night. It seems to better fit their persona on the stage.

They refused to be ignored this night, and no one even entertained the notion of overlooking them.