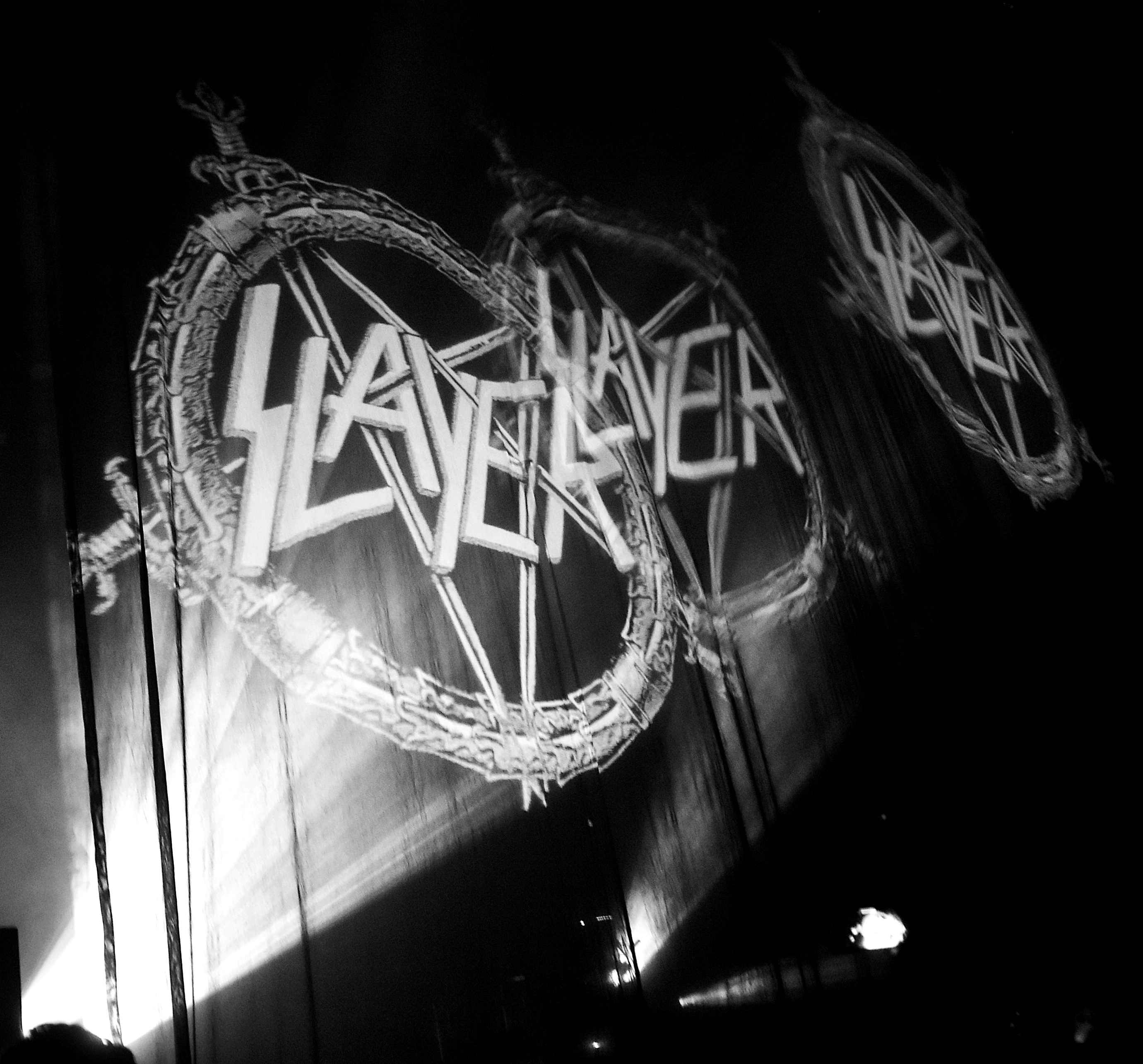 El Paso, Texas has a huge Metal following and with closing of the iconic venue Tricky Falls last October which brought us a steady stream of Metal acts, so you can imagine the response when Slayer announced their Final World Tour coming to The Don Haskins Center at the campus of the University of Texas / El Paso (UTEP) on 5 May 19, oh yeah, Cinco De Mayo, a very special day here in the Borderland.

This is the 5th leg of Slayer’s Final World Tour, with supporting acts, Cannibal Corpse, Amon Amarth and Lamb of God, does it get any better than this?
Slayer has been in full force since 1981 out of Southern California, labeled as one of The Big Four bands of Thrash Metal, keeping company with Metallica, Anthrax and Megadeth.
To their credit, 12 studio albums, 2 live, 1 Boxset, 6 videos, 2 extended plays and 1 cover album all in the span of 38 years.
Kerry King and Tom Araya are the original members with Paul Bostaph doing percussion and Gary Holt taking the place of the late Jeff Hanneman who passed on May the 2nd 2013, that 6 year anniversary just 3 days before this particular show.

Next on deck was Amon Amarth, hailing from Stockholm, Sweden, treating us with their style of Melodic Viking Metal, which I found to be very entertaining with the stage set up with the bow of a Viking Ship which Johan Hegg was the Master and Commander of this vessel hanging off the bow and giving his all to this starved audience who, by this point was devouring every scream and note played by this epic band, needless to say, it was quite the performance.

Our next supporting act was none other than Lamb Of God, these young men originated back in 1994 from the great state of Virginia, which includes 2 brothers, Chris and Willie Alder. Their style of music is best described as Groove / Thrash Metal and frontman Randy Blythe in my opinion is one the best I’ve seen in a long time, his stage presence is undeniable, truly had the audience eating out the palm of his hand, very impressive set, I wouldn’t hesitate to see them again.

Its 9:30 pm, time for our final act, you can hear everywhere in this venue, Slaaayyeerr!! , accompanied with return roar from this crowd that couldn’t be more ready, more warmed up by 3 epic national metal acts, El Paso was in need of a Metal injection and it was moments away.
The curtain fell and the 5 time Grammy nominated, 2 time Grammy winners unleashed Hell upon this rabid audience with an insane protechnics that could be felt 20 rows back.
Kerry King in all stood 10 feet in front of me as I photographed, a true icon of metal guitar mastership, watching him is a sight to behold, and I’m not alone in saying this.
Tom Araya belting out those classic lyrics and a booming bass line, as always, second to none.
Gary Holt and Paul Bostaph doing their part to keep everything on an even keel, it’s madness at its finest, circle pits and mosh pits were in abundance, security had their hands full with pulling the crowd surfers over the barricade and into the pit.

With 4 Metal Monsters on the card, it was a mixed crowd for sure, but with Angel of Death being the last song of the evening, this crowd was in a sheer frenzy of headbanging, screaming, fist pumping and of course, shooting those beloved horns. I think it’s needless that if Slayer does retire after this unbelievable world tour, by no means, could there be a replacement, truth be told, there will never be another Slayer.