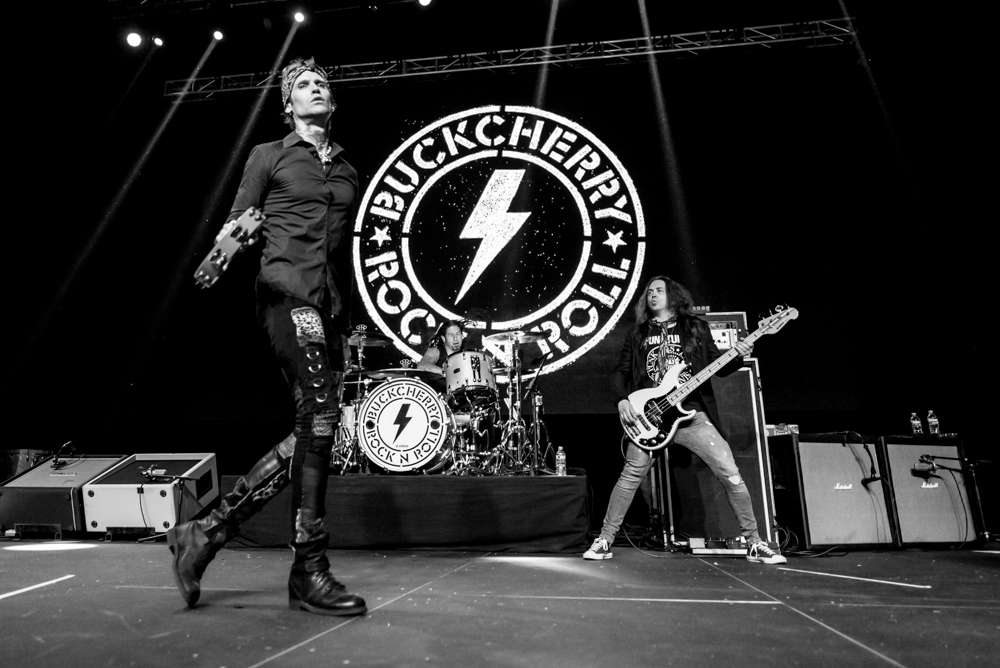 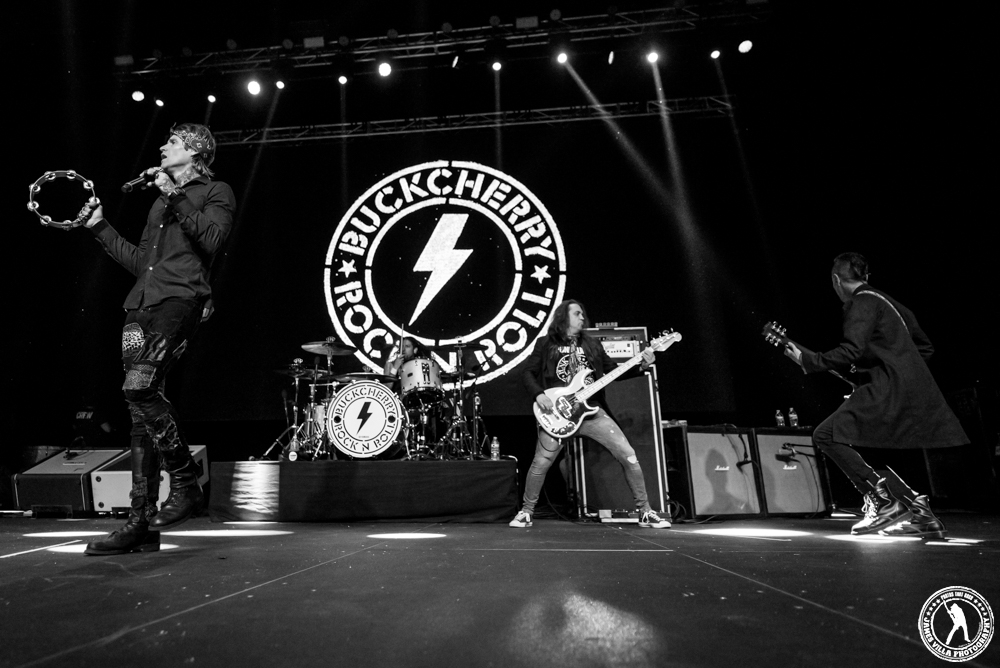 There really couldn’t have been a better band to wind down this day of the Texas Showdown Festival than Buckcherry. I mean, the festival was a celebration of tattoos and music, two things the California-based band represents.

With some patrons being inked there on the spot, the five musicians took the stage, beginning with “Lit Up”. Admittedly, it was a shaky start, frontman Josh Todd experiencing some technical difficulties with his microphone, though they still powered through it, handling it like true pros by acting as if it were no big deal.

They got everything resolved in the few seconds break before “Whiskey in the Morning”, the slight setback seeming to make the rest of the band want to deliver more right out of the gate to make it up to the fans. Guitarist Stevie D. took a flying leap into the air at one point, otherwise just tearing it up on his axe, brandishing it in the air as he cranked out some solos.

“I need some fucking bass!” Todd shouted before “Out of Line”, Kelly LeMieux obliging to get it underway, the track boasting some more sweet licks from both Keith Nelson as well as D. 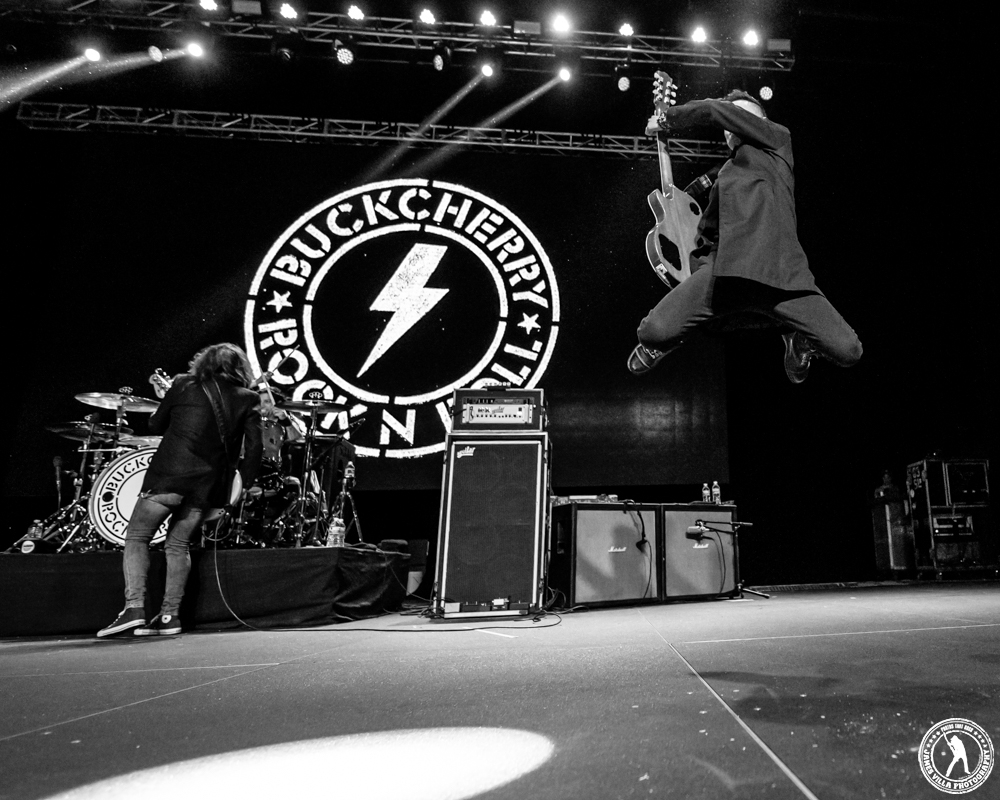 Everyone was there to witness a rock show, though it was the tender “Sorry” that wound up being the favorite song up to this point, and really one of the best songs of the night. They may not show their soft side off too often, though they pull off the sonic shift extremely well.

“…Cherish those moments…” Todd remarked before unbuttoning his shirt, eventually tossing it aside after “Rescue Me”; and after using it heavily at the start of the show, he busted his tambourine back out for “Ridin’”.

They continued cranking out the songs, mostly more recent ones, like “Tight Pants” (which is in the classic vein of Buckcherry, oozing sex) and the anthem-esque “Gluttony”, eventually even taking the mood back down with “Rain’s Falling”. Quite unsuspectingly, that brought them to their big hit, roaring fanfare filling the room once everyone recognized “Crazy Bitch”, a song they sang along with enthusiastically.

A few felt satisfied with that, taking their leave just as the band did, though after several seconds, much of the crowd began chanting for more. The request was soon answered with a two song encore, which included their personalized version of the Icona Pop hit, dubbed “Say Fuck it”. 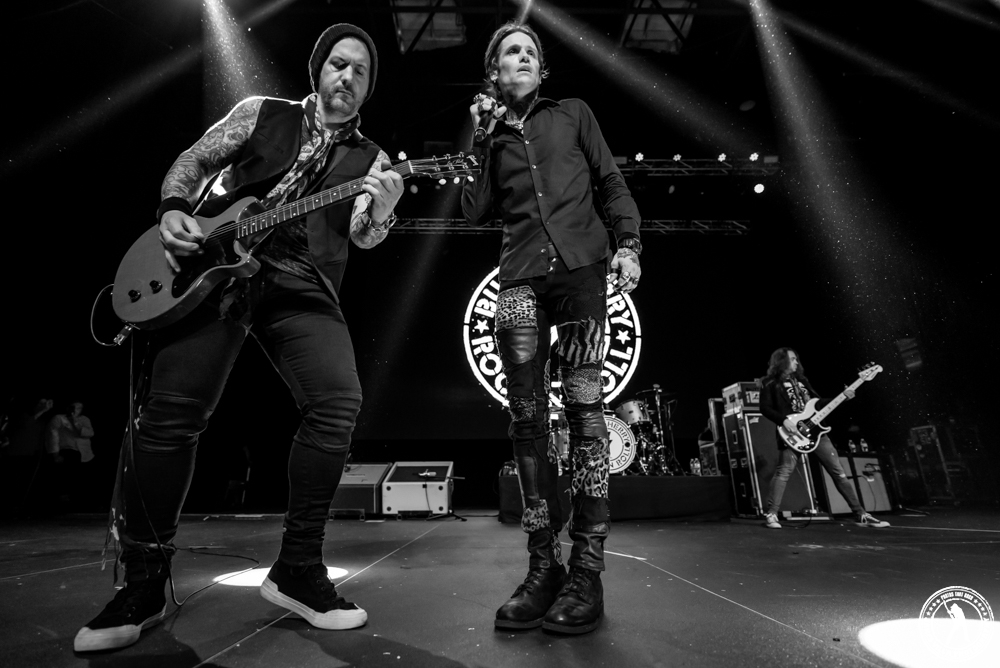 Todd perhaps best summed it up during the show when he asked if everyone was having a good time, saying that was precisely what they wanted. He proceeded to have a pretend conversation with a co-worker, acting like he was one of the people watching them, telling someone at work the following day that they had caught the Buckcherry show the night before. “Buckcherry’s lame,” was what he imagined the other person might say. “No they’re not. It was a good time,” he responded.

And it was a good time.

It may not have been the greatest show the world has ever seen, but that’s not what they were going for, either. They just wanted to offer a release for everyone that came out to see them, and they accomplished that with ease. In fact, Todd may not have been giving them the full credit they deserved, because it was a helluva show, teeming with action from him, Nelson, D., LeMieux and drummer Xavier Muriel.

That was what rock ‘n’ roll began as, the music itself being edgy, and eventually that affected the look and culture. You don’t see that much anymore, though. However Buckcherry is still one band carrying on that legacy. With a frontman inked seemingly from head to toe to songs about sex and drugs, they’re one band that acts as purveyors of what real rock ‘n’ roll is.