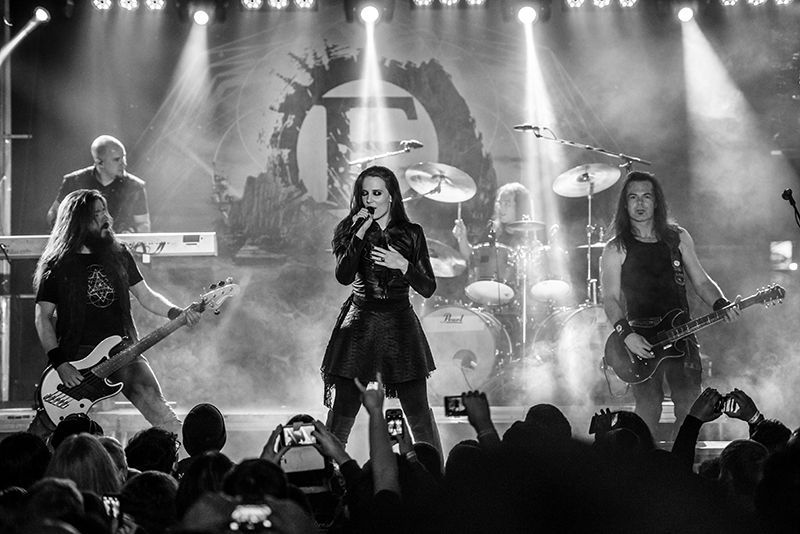 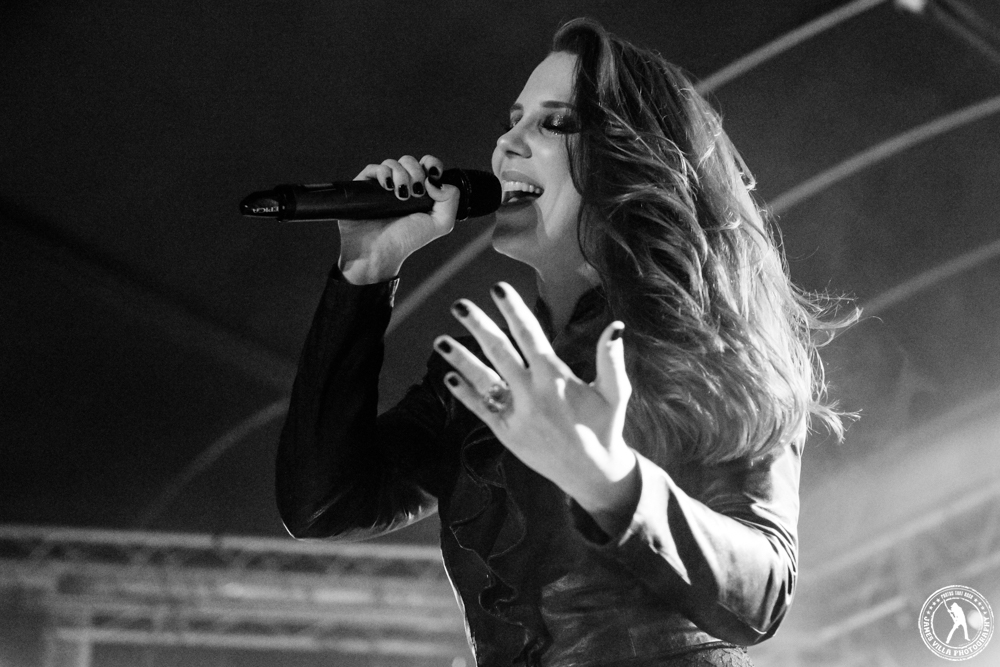 For a little more than three years people of North Texas had waited, anxiously hoping Epica would return. It almost seemed that they might not get to the Lone Star State at all duringThe Quantum Enigma era, their touring in support of that 2014 album nearing its end. But then, a few months ago, came word that they would be doing a one-ff show in Dallas at Gas Monkey Bar & Grill.

Clearly, a ton of people were ecstatic about that news, as was evident by the packed patio on this Thursday night when the show date finally rolled around. It had to have been sold-out.

The patrons enjoyed the local bands who had been tapped to open the show, though they were all longing for the moment that Epica would take the stage. At 10:31, that finally happened. 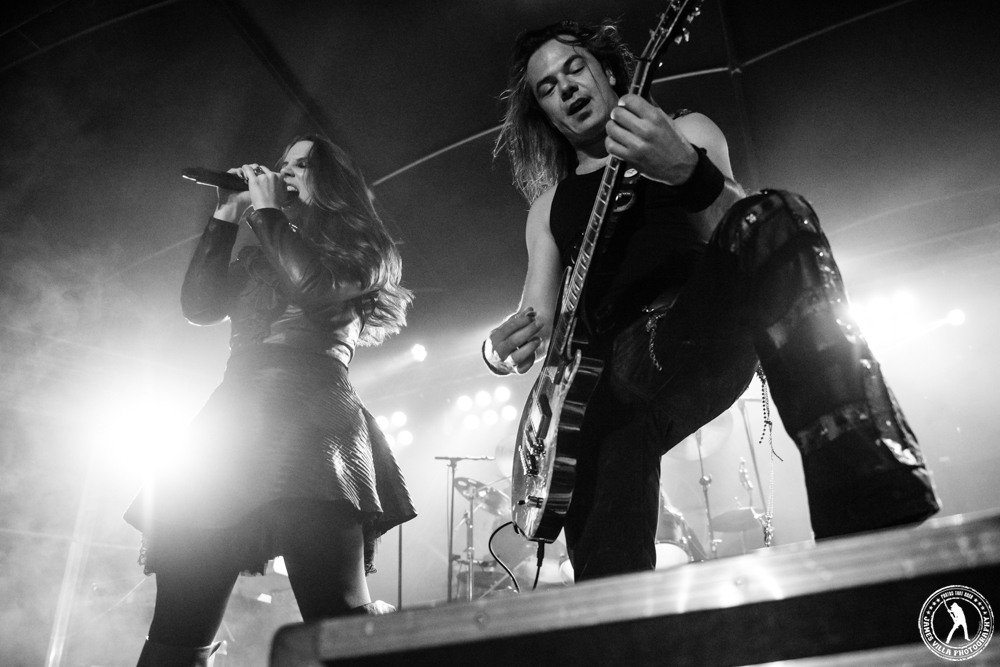 The band jumped all around their discography this night, playing a nice selection from all six of their albums, with “The Second Stone” getting this hour plus long set underway. Immediately they plunged the spectators deep into their realm of symphonic metal, the keys aiding the majestic sound of it all, while the guitars, bass and drums set the unrelenting pace that had many onlookers thrashing their heads right along with the band members.

Their second song of the night, “The Essence of Silence”, stood out as being one of their best, better showcasing the distinct metal and symphonic elements. Guitarist Mark Jansen providing more of his screams and growls, which danced about about the gorgeous classically trained voice of frontwoman Simone Simons, who pushed her vocals into a near operatic range at times.

They were all about pumping the audience up this night, Jansen, lead guitarist Isaac Delahaye and bassist Rob van der Loo almost constantly pumping their fists in the air, always getting the crowd to follow suit, often even inciting a chant of “HEY!” It all definitely helped cultivate a lively environment, ‘cause the further they got along in their set, the more boisterous the fans became. 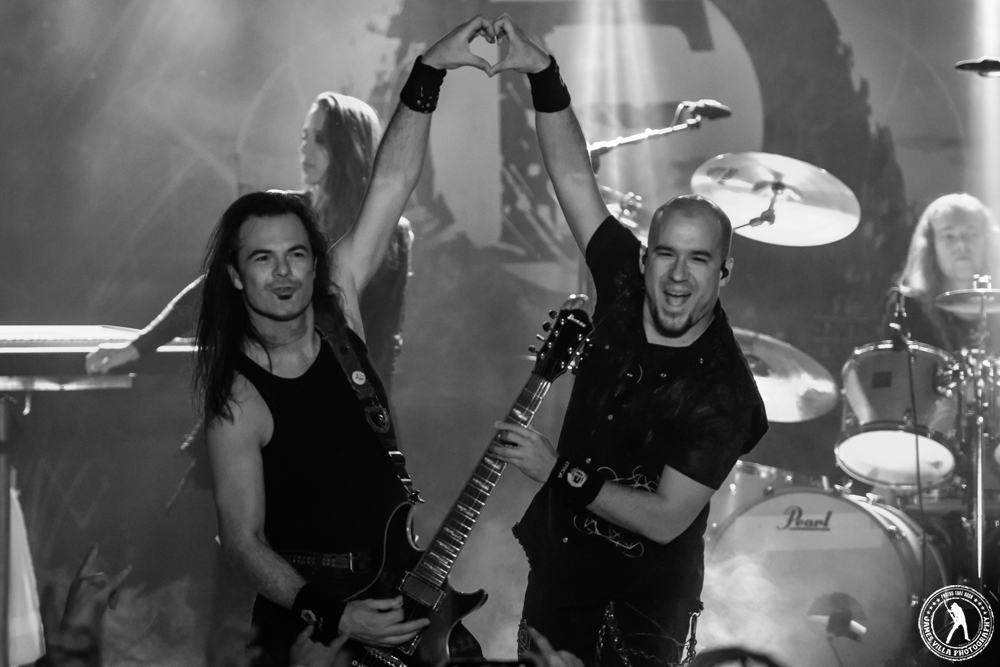 A brief speech Simons gave in advance of “Unleashed”, centered around how music is a uniting force among everyone, seemed to resonate deep with all the souls that were there;  and they all thoroughly enjoyed getting to chime in on some of the lines of “Cry for the Moon”, when Simons left it all up to them.

Upon finishing that one, everyone except Ariën van Weesenbeek left the stage, as the drummer pummeled his kit during a drum solo that had everyone transfixed.

The other five members soon returned ready to dish out more, “Storm the Sorrow” getting those who wanted to participate warmed up for some moshing during “The Obsessive Devotion”, during which Simons left the stage to the instrumentalists for a time as they cranked out the heavy, slightly melodic music bed.

“Design Your Universe” eventually capped off the show, though the legion of fans made it known they wanted more, and eventually the band did return for an encore, with keyboardist Coen Janssen addressing everyone before they got back to it. 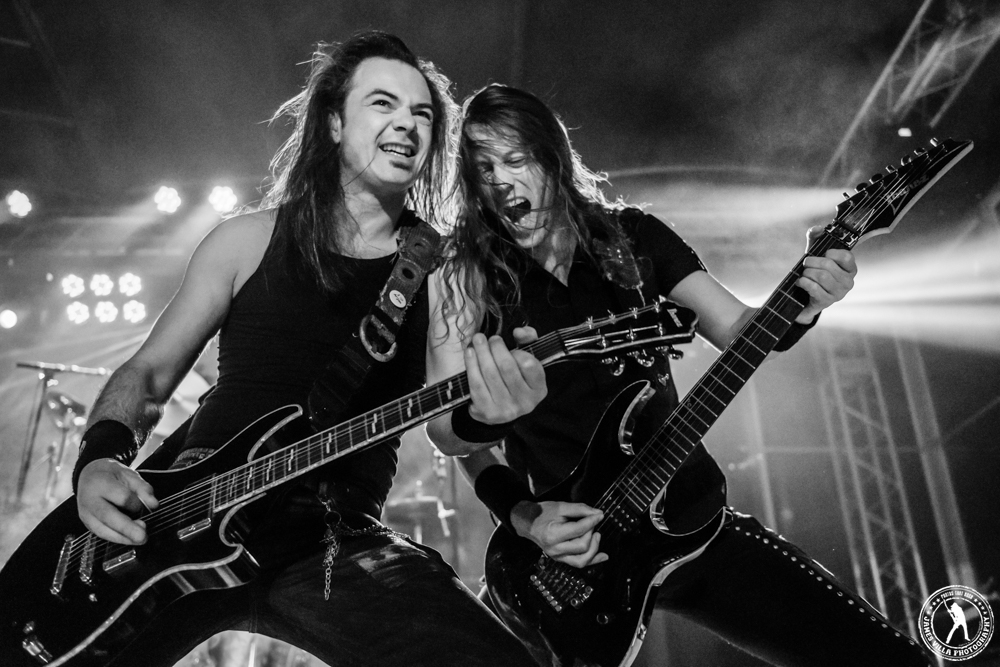 It was during these final 22-minutes that Simons mentioned they were already working on their next record, hoping to have it released by this fall, the prospect of new music from this exceptional band being quite enticing. Hopefully, the wait won’t be too long.

Their set had flown by this night, with none of their songs feeling as long as what they really were, and that included the one they left everyone with this night, “Consign to Oblivion”, which lasted around ten minutes. Ten pulse-pounding minutes that concluded this night extremely well.

It had been a long wait, but all those who had been waiting for this night got everything they wanted out of it and then some. It’s rare to see a concert that can feel both raw but also like it’s part of a large production, yet the members of Epica manage to pull of that feeling. They haven’t lost sight of what a concert should be and people want out of it (to just succumb to the music and savor it), the performance being primal, yet also refined to a certain extent.

It’s something more unique in the music world, and while I know there are other bands that mine a similar vein out there, Epica is the first one I’ve personally seen who specializes in that symphonic metal genre, and the experience was one I will not forget any time soon.