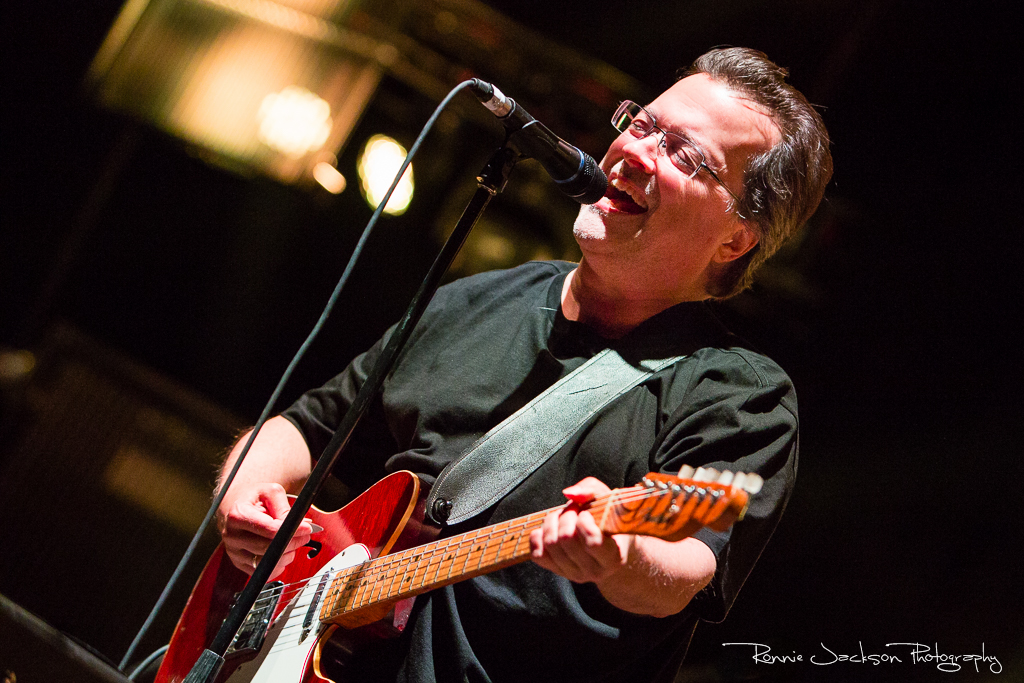 Violent Femmes Knock out the Classics in Grand Prairie 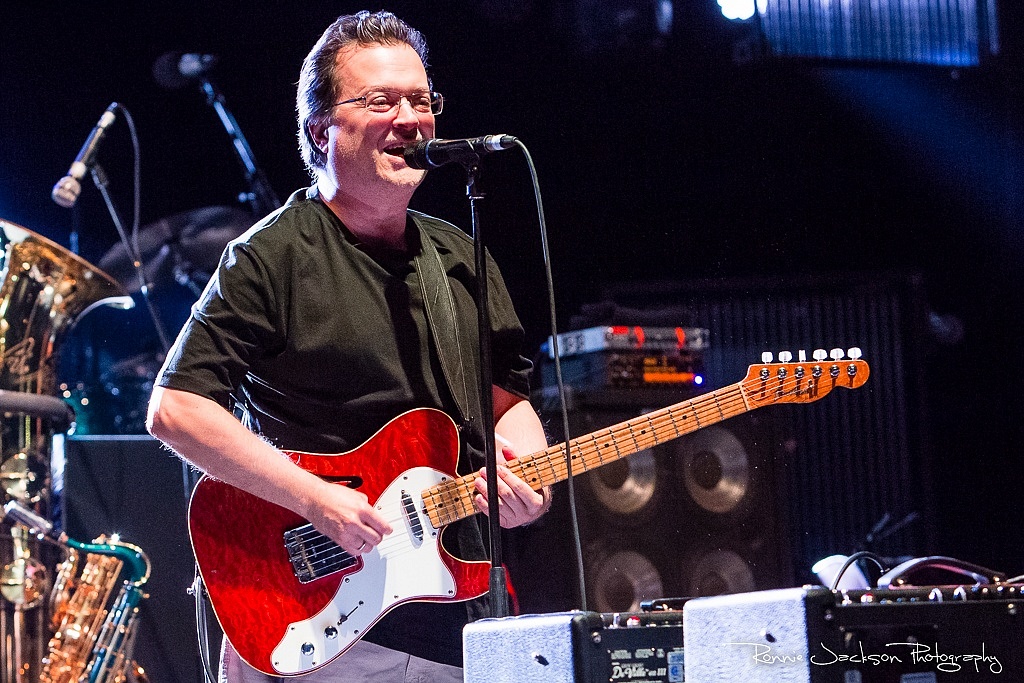 As I overheard someone say this night, “I’m reliving my youth!” That person proudly exclaimed he had also seen The Dead Kennedy’s in London, and this night, he and everyone else who turned out at Verizon Theatre in Grand Prairie were getting to experience a couple acts who have been around since the 80’s. Violent Femmes was one.

The three core members, Gordon Gano, Brian Ritchie and Brian Viglione were first on stage; and as soon as the audience recognized the opening chords of “Blister in the Sun”, they roared with delight. The classic was the perfect way to get their time on stage started, the fans singing along more towards the end, when Gano’s voice trails off to more of a whisper.

It was a double whammy, as they soon hit with the subsequent song from their debut, self-titled album, “Kiss Off”. “Do it all the time!” some of the patrons chimed in, along with clapping at times; while Brian Ritchie was in the zone, grooving on the acoustic bass he was wielding and completely owning it. 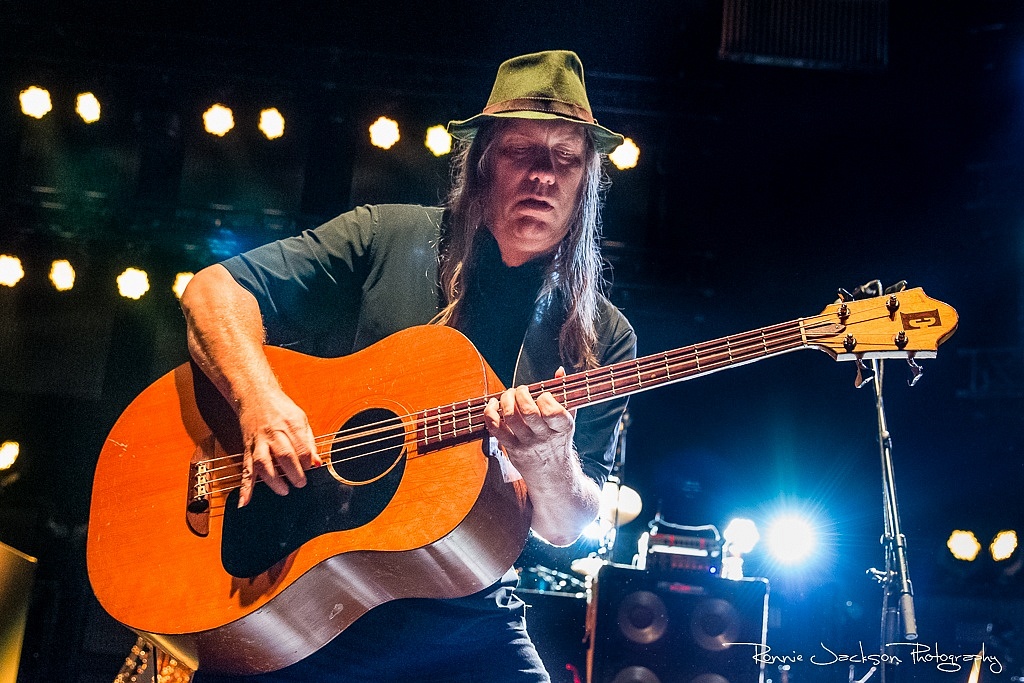 Upon finishing that one, the rest of the band took the stage, which included an electric guitarist, an additional percussionist (I presume it was a cajon of sorts he was playing, though it appeared more like a large box for shipping he sat atop) as well as their saxophonist. They gave everyone a taste of their latest music form the Happy New Year EP (an EP they were signing at the merch table after their set). Like any band that does new songs, people seemed mixed about it, especially since they didn’t know it. All the same, they enjoyed it; and it fits along the lines of old school Violent Femmes.

After another number, Kevin Hearn graced them with his presence, the member of Barenaked Ladies playing the “squeeze box” as Ritchie called it (an accordion) for a few songs, like the upbeat and overall fun to hear “Life is An Adventure”. They then deviated from the path they had been going, knocking out a song that was different from any other they did. Gano outright said sometimes they play the song and audiences really love it, while others people just like it okay. He was hoping this night would get the former reaction.

I wouldn’t call “Country Death Song” a highlight of the night, though it was well received, many fans clapping and stamping their feet to the beat; Viglione restraining himself from his more aggressive style of playing the drums. Well, at least until the track exploded in the latter portion; and the fact that he was standing, surrounded by the pieces of his kit, made his method of playing all the more captivating, because you could completely see the motions that went into it. 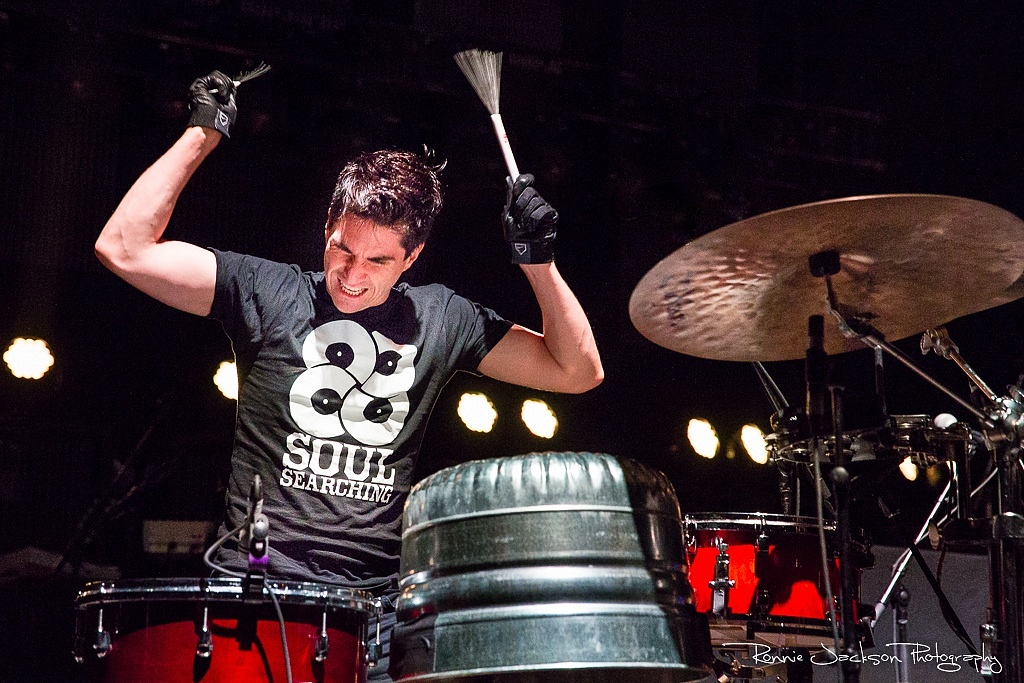 Towards the end, the pace picked up from the more folk oriented songs they specialize in; Ritchie busting out an electric bass for the speedy “Freak Magnet”. “That song was called ‘Freak Magnet’,” Gano repeated multiple times once it was done, while Ritchie said to attest to them being freak magnets, they were going to bring Barenaked Ladies’ Jim Creeggan out to play bass for one song. Ritchie manned the xylophone on “Gone Daddy, Gone”, as they wrapped up this 46-minute long set just like they had begun it, following that song off their debut record with another from it, the patrons going absolutely crazy over “Add it Up”.

The less than an hour that they had the stage was not enough for many, who were verbal about wanting more. They hoped to persuade them to do another song or two, though there wasn’t any way that could happen. Time wouldn’t allow for it. Instead, the entire band stayed on stage, bowing and waving at their adoring fans, gracious for their support.

They were entirely different from what Barenaked Ladies would soon be bringing to the stage, yet they still fit perfectly on this Last Summer On Earth Tour. It made for a nice variety that appeased everyone who turned out. The show itself was good, the professionalism they possess being visible; and in a time where alternative folk music is one of the most popular current styles, there’s still a big demand for Violent Femmes.