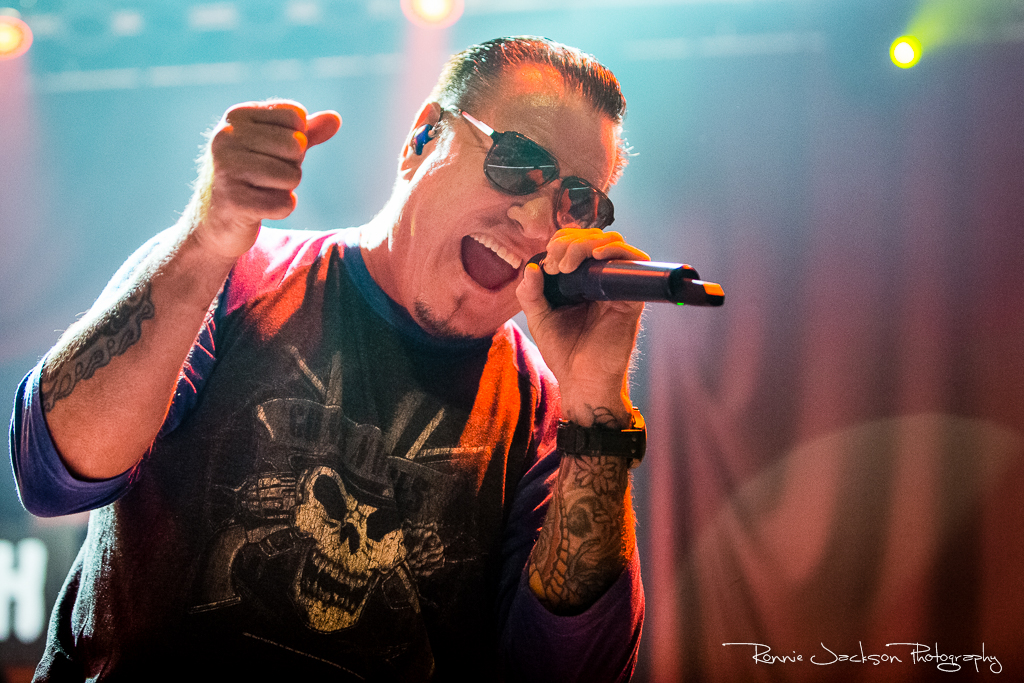 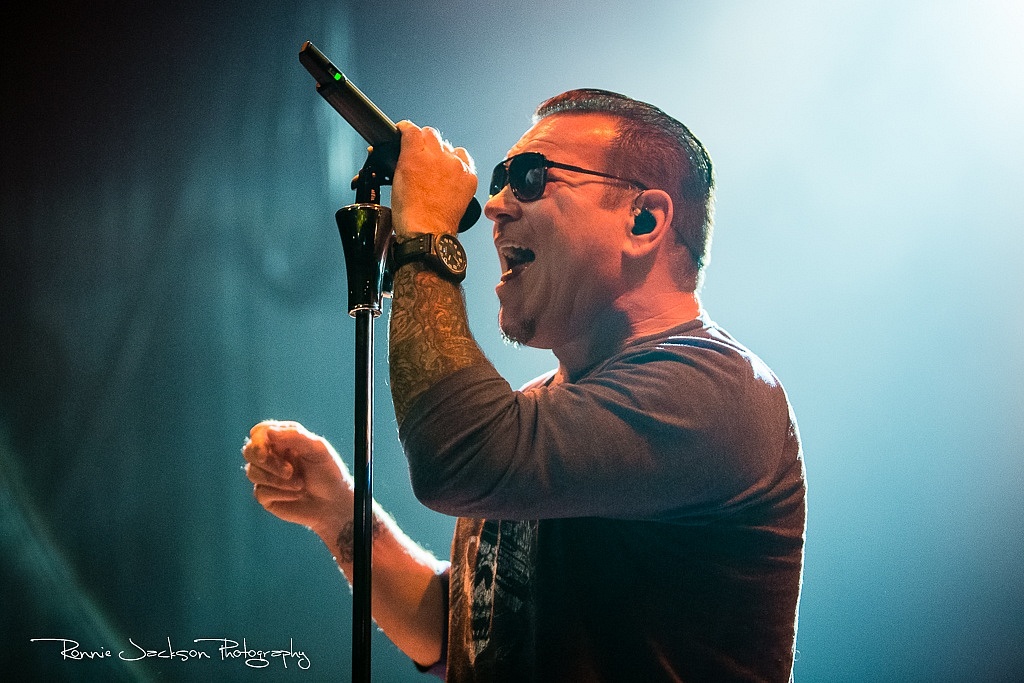 One of the cool things I like about seeing bands that have a very established career—twenty plus years for Smash Mouth—is that they appear to truly enjoy their time on stage. Relaxed and fun for themselves and the fans, often being quite interactive. All this guarantees a good show and on this night, folks would not be disappointed.

As the lights went down and the intro music started, Jason Sutter was first to take the stage behind the drum kit. He started things off while the rest of the band soon followed and began “Can’t Get Enough of You Baby”. The cranked through 4 songs before lead singer Steve Harwell took a few minutes out to rest and address the crowd. He thanked everyone for sticking with them throughout the years and very much appreciated the opportunity the fans have given them. Continuing on, the rest of the night would find guitars being spun around their bodies, lots of hugs and camaraderie. 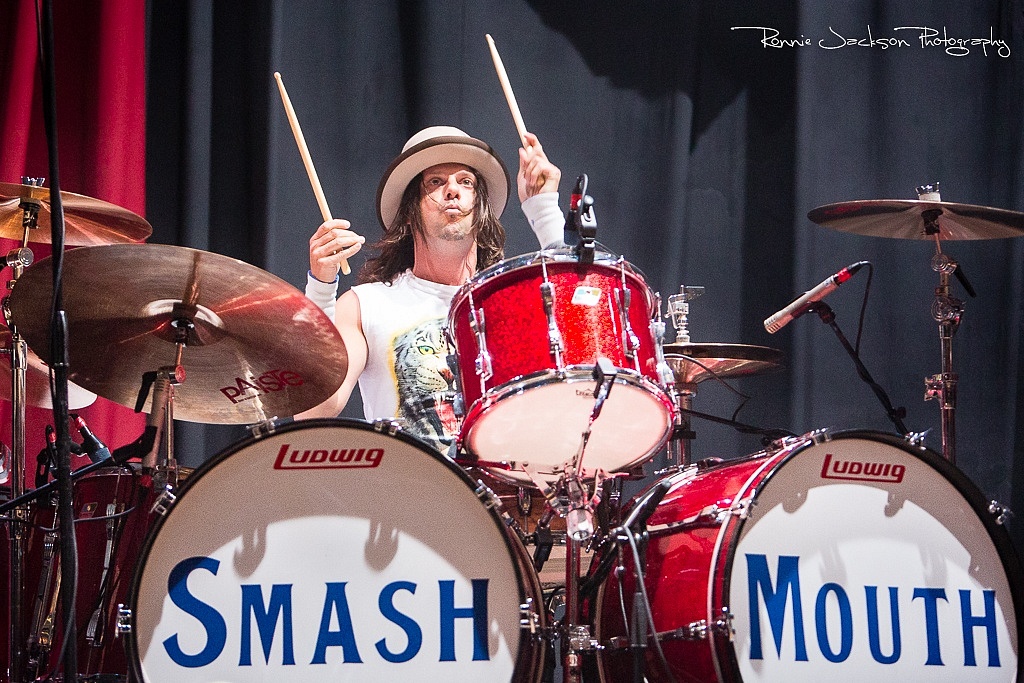 Michael Klooster had plenty of keyboard solos this night, and when one would come around, guitarist Sean Hurwitz and bassist Paul De Lisle would kneel down, facing the keyboardist, as if to further highlight what he were doing. Around the time as one of those solos, Sutter proceeded to rip out an amazing drum solo.

A crowd favorite was “Walking on the Sun”, which had everyone singing along. Midway through the song at the break, Harwell grabbed a GoPro off the top of an amp cabinet and started filming the crowd. Of course, that caused them to go nuts as he then asked them, “Are you guys having fun out there?!” to which everyone in the house responded by finishing out the last verse alone.

They finished out the set with “All Star”, which was another fan favorite and had the entire place standing, dancing, and singing. Harwell took one last opportunity to thank everyone for coming out, introducing all the members of the band and then thanked the crew for all their hard work on this tour. With that, they all met center stage, took a bow and threw out several signed drumheads, drumsticks, and picks to the fans. One of the drum heads even made it up to the balcony.

Overall, it was a very energetic, fun night for all involved. I think everyone loved what these guys do just as much as they do.

Can’t Get Enough of You Baby (? and the Mysterians cover)
Getaway Car
So Insane
Pacific Coast Party
Then the Morning Comes
The Fonz
Why Can’t We Be Friends? (War cover)
Come on Come On
Walkin’ on the Sun
All Day and All of the Night (The Kinks cover) (followed by “Folsom Prison Blues” tease)
Diggin’ Your Scene
Drum Solo (With the end of “Diggin'”)
You Really Got Me (The Kinks cover)
I’m a Believer (Neil Diamond cover)
All Star