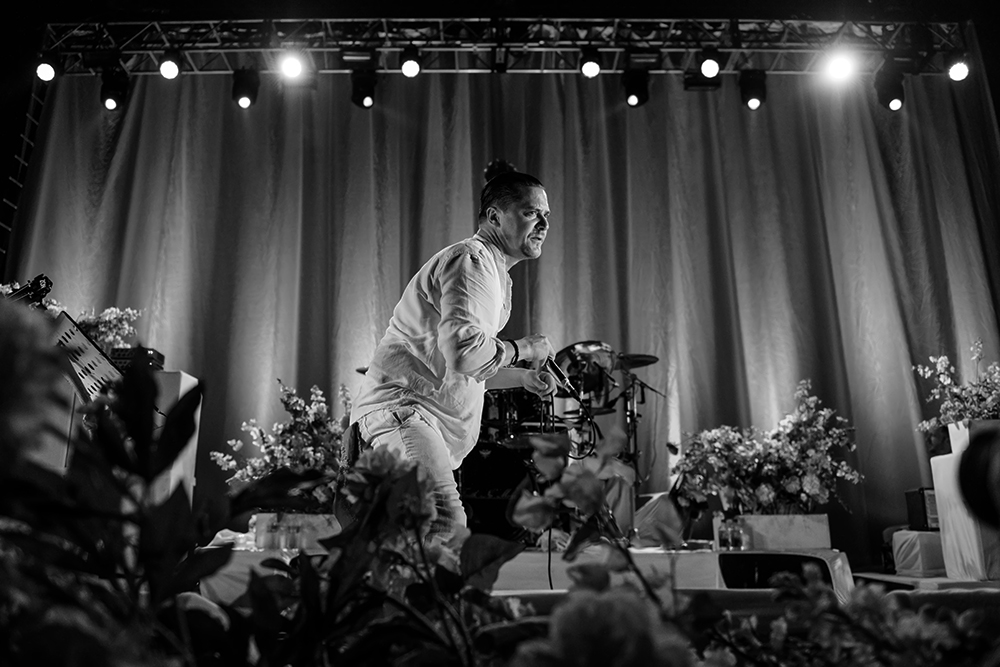 Faith No More Returns to Dallas, Heralded as Superheroes 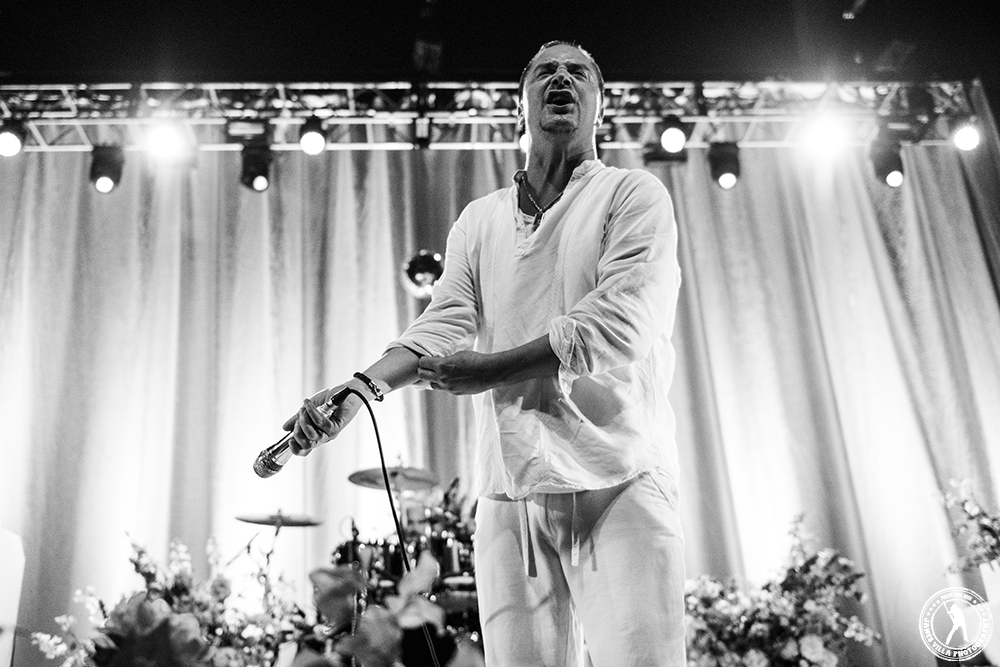 About three months ago, On Tour Monthly trekked up to Seattle to cover the beginning of Faith No More’s first proper North American tour in eighteen years. For me, that meant flying halfway across the country to see and review a band I was almost entirely uneducated on, only knowing one song. You only live once! Besides, I was sure I’d enjoy it, and to say I simply enjoyed it would be an understatement.

Shortly after getting back home on Texas soil, FNM announced another leg of their tour, Dallas being one of the stops. Three months seemed like a long wait to see the group again, yet Seattle still seems like it was barely a few weeks ago; and the difference now was I was poised to be signing along to every song at South Side Ballroom this night. Yes, I’ve definitely become a fan since April.

I was expecting a show very similar to what was done up in Seattle. This Dallas gig mirrored it at times, though began quite differently.

The voice of Roddy Bottum wasn’t the first you heard like when they opened with the lead single off Sol Invictus, nor did you see Mike Patton slinking out from the wings of the stage just in time to join in on the chorus. Instead, all five of the band members assumed their spots on the stage, Patton standing in front of the microphone stand with his arms behind his back. Some of the attendees were surely wondering why they were opening with something as tame as “Cone of Shame”, which was relaxed for the first portion. However, when it pulled a 180°, it became one of the most assertive tracks of what would be a 70-minute long set, Patton bellowing out the lyrics as Jon Hudson effortlessly shredded on his guitar. 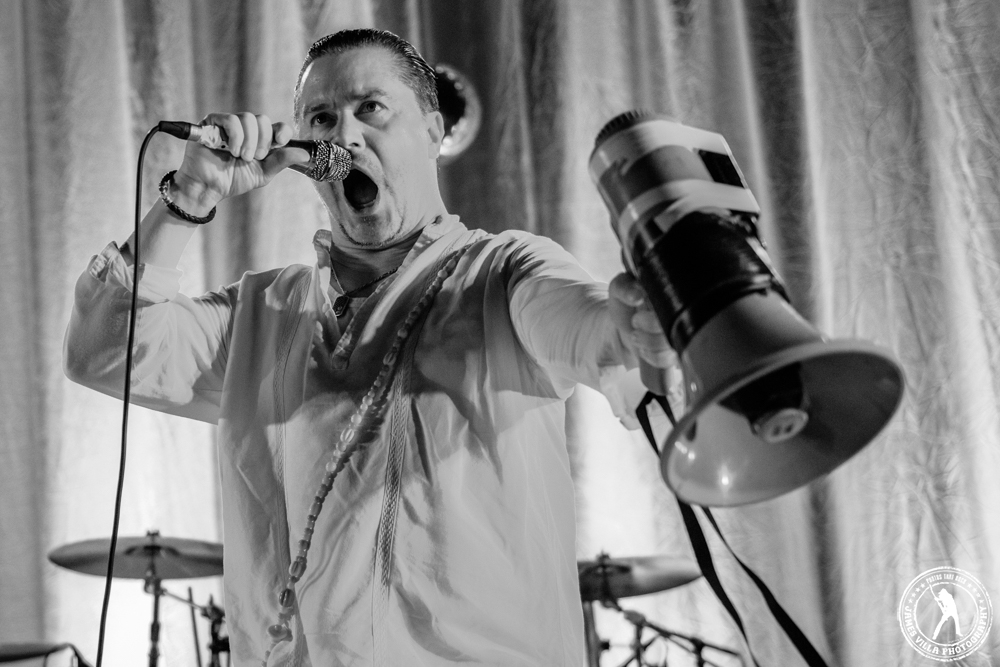 They were unrelenting with the first three songs, the remaining two coming in rapid succession. The following songs just so happened to be the first two from Angel Dust, “Land of Sunshine” and “Caffeine”. The former found Patton busting out his megaphone for the first of a couple times this night, sometimes just using it, others holding it in the air, using his other hand to hold the mic in front of it. All the while the audience was singing along to every word, thrilled that they were getting an opportunity to hear these songs again.

“Texans, as far as the eye can see!” exclaimed Patton afterwards as he surveyed the near capacity venue. Looking out over the crowd, it did appear to be an endless sea of faces. He somewhat revisited that remark during “Evidence”, asking everyone if they knew what kind of party this was, answering, “It’s a Texas party!”

No one had any time to recuperate before they struck with “Epic”, the sounds from the keys and the beat Mike Bordin proceeded to lay down being unmistakable. The legacy that song has is something else. It was the one song that literally every single person knew and was, at least in some capacity, singing along to, making the most of what would be the only thing the band did from The Real Thing. 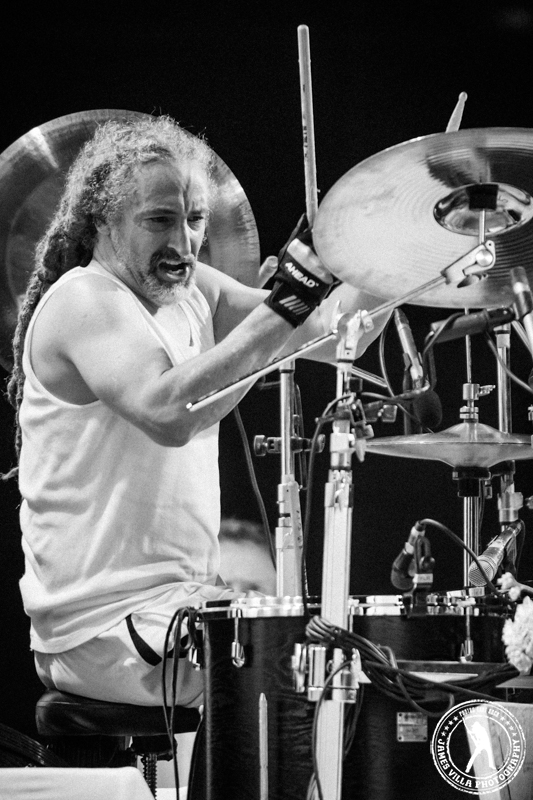 “…Fast-forward thirty years,” Patton commented in advance of “Black Friday”, being one of a few of the new songs they’ve worked in since the release of Sol Invictus a couple months ago. It was also a song that played to the vocalists’ strengths, taking his voice all over the place, Patton demonstrating nothing less than complete control over its’ range at all times.

“Midlife Crisis” seemed to be nothing more than a tease at first, thanks to Bottum playing a few notes from it, fans’ eyes widening at the thought of hearing the song live. It almost didn’t seem to be in the cards, though Patton did some convincing, bassist Bill Gould and the rest of this innovating act pulling off the seemingly spur of the moment song as though it were nothing. They even had a little fun with it, first by letting the audience sing one chorus to them, before they took it into sounding like a beach-y, SoCal song.

“Cuckoo for Caca” was one of their most pulse-pounding numbers of the night, making the choice to follow it up with the show standard “Easy” all the more of an interesting one. Then again, that’s the one (possibly only) constant you can expect from Faith No More, they’re always going to keep you on your toes. They nail their take of The Commodores’ hit song, the rich, impeccably lovely tones Patton delivers it in leaving you saying, “Lionel who?” Fitting with that low-key mood was the disco ball suspended from the ceiling, which thus far had seemed to be purely for aesthetics, but at this point, it was constantly reflecting the lights that were shining on it as it spun around. 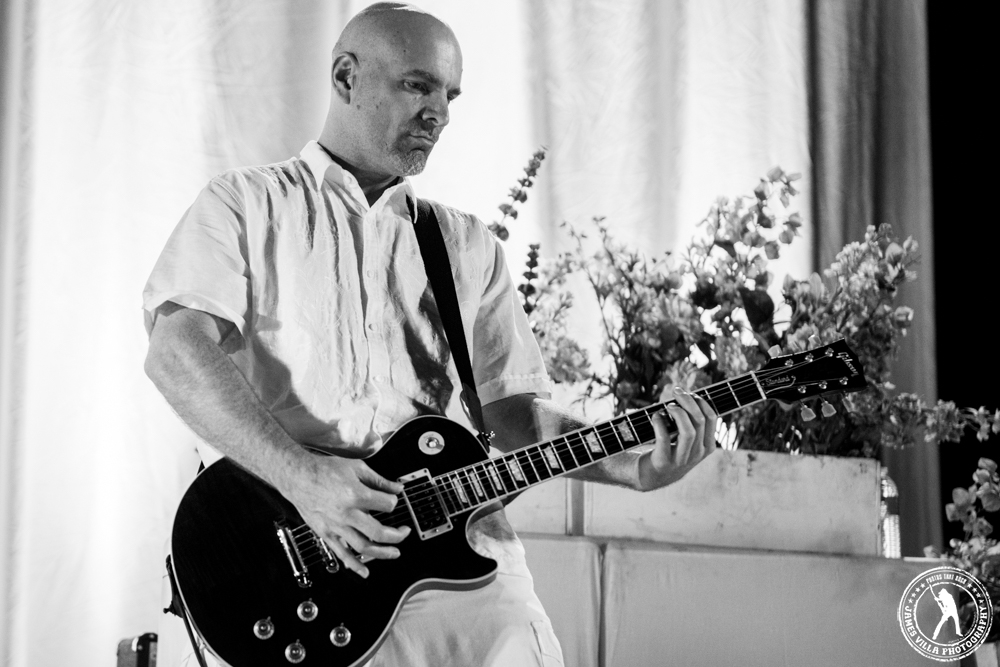 “Spirit” was one of the oldest songs they worked in this night, Gould and Bottum (and eventually Hudson) striking up a chant that was reminiscent of a group of monks chanting as they meditate. Shortly after, they finally touched on Album of the Year, which was starting to seem may get overlooked this night. “Ashes to Ashes” was the lone offering from it, and if they could only do one song from it, they couldn’t have picked a better one. “I’ll see you!” Patton barked at the end of each chorus, while the audience sang along.

Already the night had reached its conclusion, the adrenaline pumping “Superhero” being the final song of the night; Bordin pummeling his drum kit, being a large reason the song packs as much of a punch as it does.

No one wanted to see them disappear back into the greenroom, though there was hope they’d be back. It was almost certain.

The encore began the way I had expected the set to, Bottum singing lead on “Motherfucker” (which received a very dark, foreboding intro), while Patton relegated himself to backing vocalist, chiming in on the choruses. They let loose one more new one for the night, “Matador” being like some of the other new ones this night, not disliked, though many would have been okay without them. However, Sol Invictus stands as my personal favorite record of theirs, with that song being a standout. 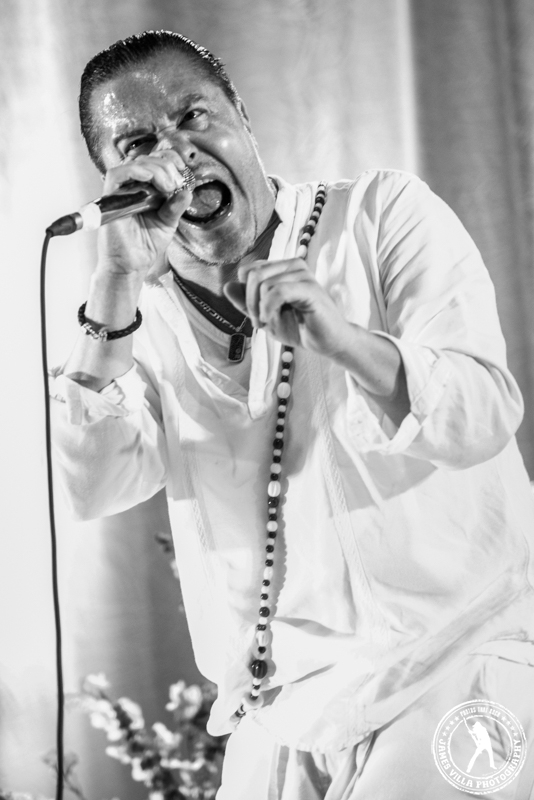 In closing, they treated everyone to “We Care a Lot”, thanking the spectators for coming out and making the night so amazing once it was done.

In the years after disbanding, Faith No More’s music found new ears, inspiring yet another generation of aspiring musicians; the crowd this night being made up largely by older fans wanting to see the band one more time, though there were plenty of younger people getting their first taste of a FNM show as well. It was a show in which the band made sure everyone was engaged and enthralled by what was going on. Everyone watched intently, their on stage chemistry and the way each of them handle themselves as performers being beyond impressive, and they never seemed to wear or slow down this night.

They were even better than I remembered them being in Seattle, though admittedly that could have had something to do with the fact that I was more versed in their stuff this time around. 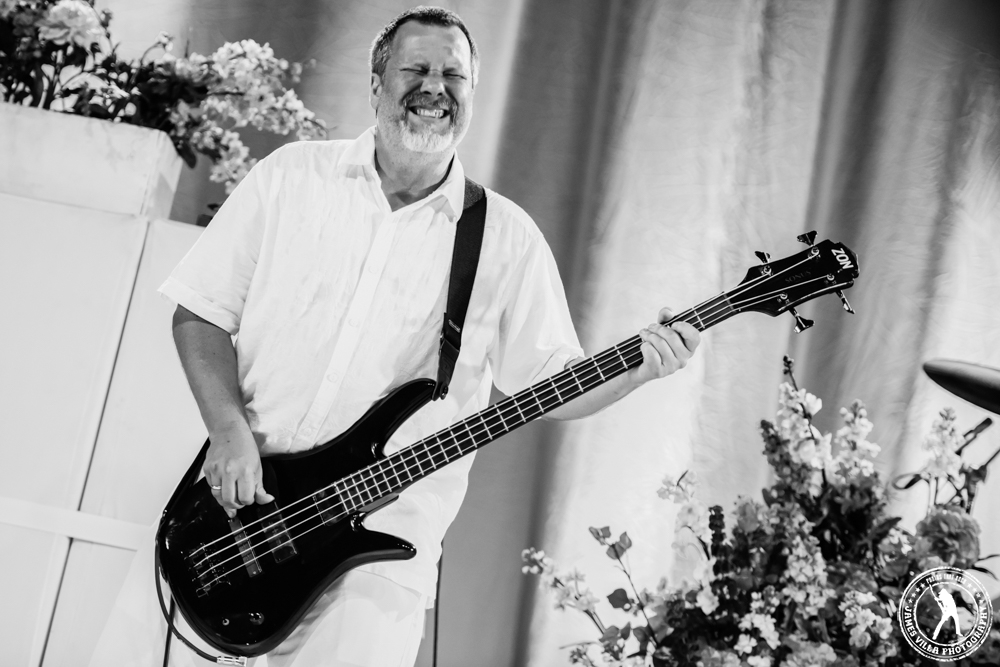 It’s easy to see why they’ve become even more of a seminal figure in music, because even now this smorgasbord of music sounds cutting edge. Full-blown metal songs with intricate piano pieces woven in, with the singing being done by someone who at the very least is one of the most impressive singers the music world has seen, possessing a range that any vocalist should be envious of.

The masses filed out, discussing the show as they headed for their vehicles, and out of the dozens of people I passed, I overheard nothing but praise. People surprised how phenomenal they still sounded in all aspects, or just loving hearing their favorite songs again. Clearly, it was a Monday night well spent.

Motherfucker
Matador
We Care A Lot