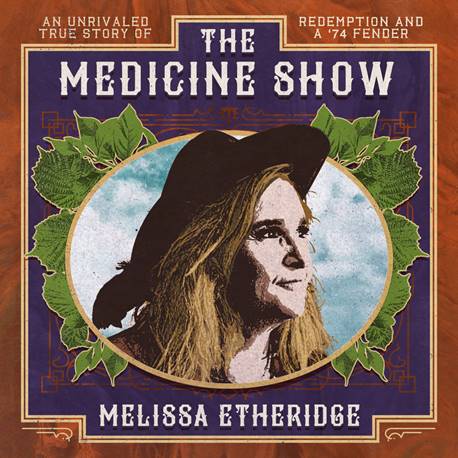 COMING TO THE PAVILION AT TOYOTA MUSIC FACTORY ON APRIL 24TH

Tickets On Sale Friday, February 15 at 10AM at LiveNation.com

Iconic GRAMMY and Oscar-winning singer/songwriter and activist, Melissa Etheridge has announced the release of her new album, The Medicine Show, out April 12 via Concord Records. Reunited with celebrated producer John Shanks (Keith Urban, Bon Jovi, Kelly Clarkson) Melissa sounds as rousing as ever, bringing a new level of artistry to her 15th studio recording. Known for her passionate and dynamic live performances, she will embark on a U.S. tour in support of the new album, kicking off March 29 in Florida (dates below; more to be announced).

The Medicine Show deals with universal themes of renewal, reconciliation, reckoning, compassion and, most profoundly, healing. Through the songs she processed the deep fears and hurting she saw in the nation on collective and personal levels; “Shaking” about national anxiety, “Here Comes the Pain,” personalizing the opioid crisis, the unifying “Human Chain” about the hope for healing, and the rocking, anthemic “Love Will Live.” More highlights include the album-closer, “Last Hello” drawing on the incredible strengths and courage shown by the survivors of the Parkland school shootings, and the infectious “Wild and Lonely,” and “Faded By Design,” exploring themes of her past with a new perspective. 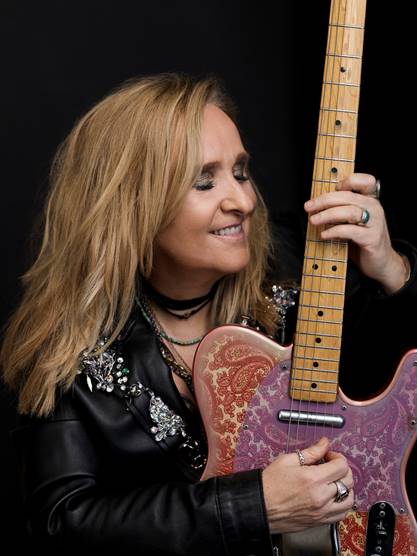 Melissa comments, “Calling the album The Medicine Show puts straight up, front and center, that this is about health, wellness, cannabis, this new thought, new paradigm, however you want to talk about it, however you want to understand it. It influences every song on the album. We’re not afraid of this anymore. We’ve come a long way.”

For the recording, Shanks teamed Melissa with drummer Victor Indrizzo, bassist Chris Chaney and keyboardist Max Hart. The sessions were done largely live in studio, capturing the raw emotion of the material, the performances rocking with bold colors. Shanks extended the arrangements on many of the songs with his guitar and for the ballad “I Know You Know” brought in electronic strings orchestrated by David Campbell, whose hundreds of acclaimed credits include work last year with Barbra Streisand and Paul McCartney, as well as past works for Adele, Garth Brooks, Beyoncé, Billy Joel, Maroon 5 and Beck.

Since the release of her unforgettable self-titled 1988 debut, Melissa Etheridge’s incredible career to date includes sales of over 25 million albums, 5 platinum and 3 multi-platinum records, 15 GRAMMY Award nominations and 2 wins, a Star on the Hollywood Walk of Fame, and an Academy Award for “I Need to Wake Up” from the climate change documentary An Inconvenient Truth. Her last release, MEmphis Rock & Soul, debuted at #1 on Billboard’s Blues Chart. Melissa has selflessly dedicated herself as an activist for human rights, LGBTQ issues, breast cancer awareness and alternative medical approaches. 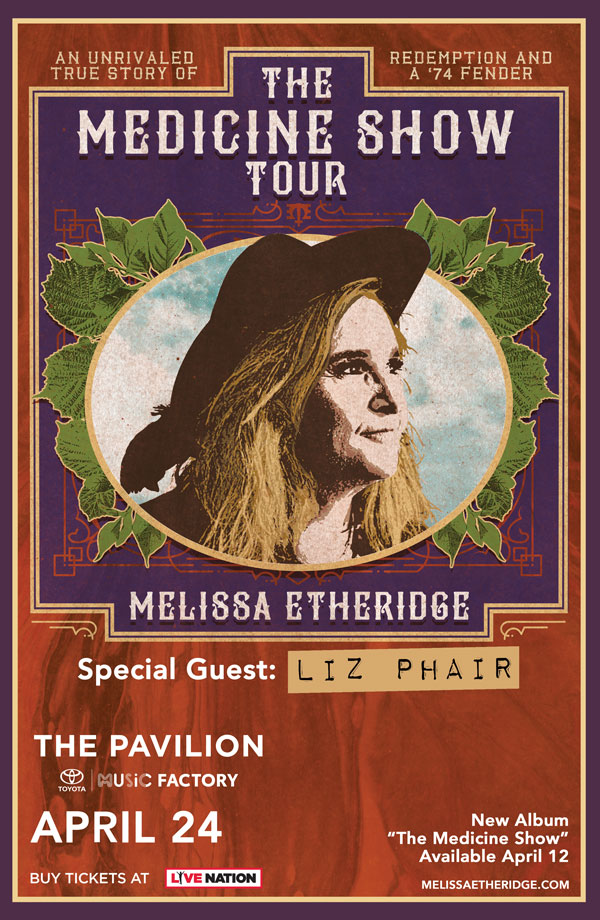 *Meet and Greets are available for more information go to MelissaEtheridge.com