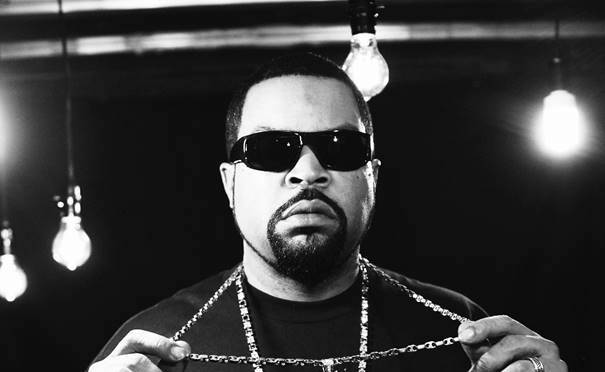 Tickets On Sale Friday, February 15 at 10AM at LiveNation.com

Ice Cube is coming to South Side Ballroom on Saturday, March 16, 2019. Tickets on sale this Friday, February 15 at 10AM at LiveNation.com.

Ice Cube is an award winning musician, actor, director, producer and CEO of his own basketball league, the Big3. After penning the most memorable lyrics on N.W.A’s groundbreaking songs “Straight Outta Compton” and “Fuck Tha Police,” Ice Cube left the group at the peak of its popularity to pursue one of the most successful careers in music history. As a solo recording artist, Ice Cube has sold more than 10 million albums while remaining one of rap’s most respected and influential artists.

Beyond music, Ice Cube has established himself as one of entertainment’s most reliable, successful and prolific figures. In the film arena, he’s an accomplished producer (Friday, Barbershop 2: Back In Business, Are We There Yet?), writer (Friday, The Players Club, The Janky Promoters) and director (The Players Club) who is best know for his acting. 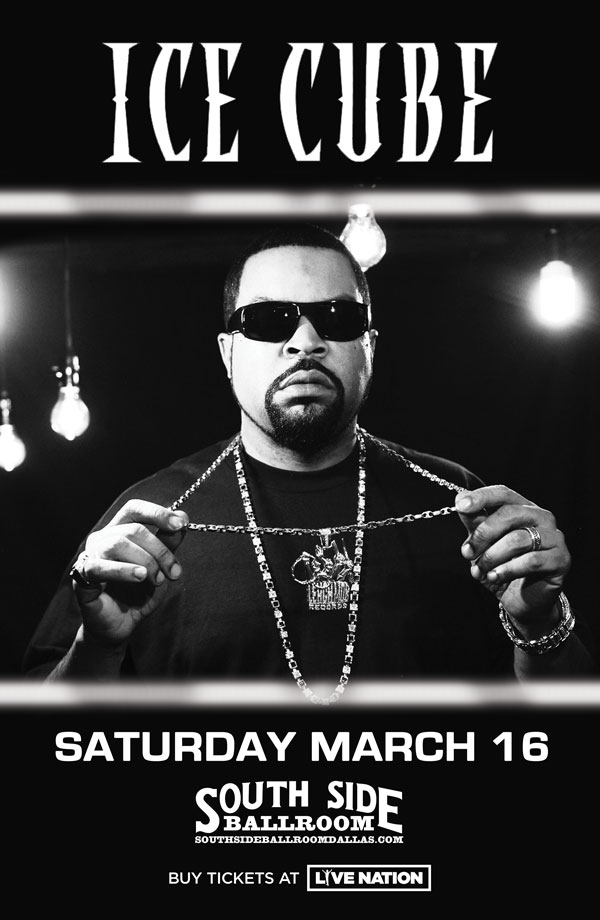 As a television producer, he took the Barbershop and Are We There Yet? Series to successful network runs and also enjoyed success with the controversial Black. White., among other programs.

In 2015, Cube Vision and Ice Cube were the lead producers of the critically acclaimed award-winning NWA biopic, Straight Outta Compton, which was directed by F. Gary Gray and released through Universal Pictures August 2015. The film was #1 at the box office for 2 weekends in a row and went to top 200m on a budget of a mere 28m.

More recently, Cube released his first solo album in 8 years, Everythang’s Corrupt, his 10th solo album and 18th album overall via Interscope Records in December 2018. Everythang’s Corrucpt continues Ice Cube’s legacy as one of the most politically outspoken rappers of all time, proving that the power of his voice and vison is stronger than ever. The lead single “Arrest the President” was hailed as a “scathing, politically-charged affair” by HipHopDX. Elsewhere on the album, Ice Cub confronts everything from systemic racism in police culture to the Unite the Right rally in Charlottesville to Big Pharma’s role in the opioid epidemic, and gives a nod to such figures as Colin Kaepernick and the Black Live Matter movement.