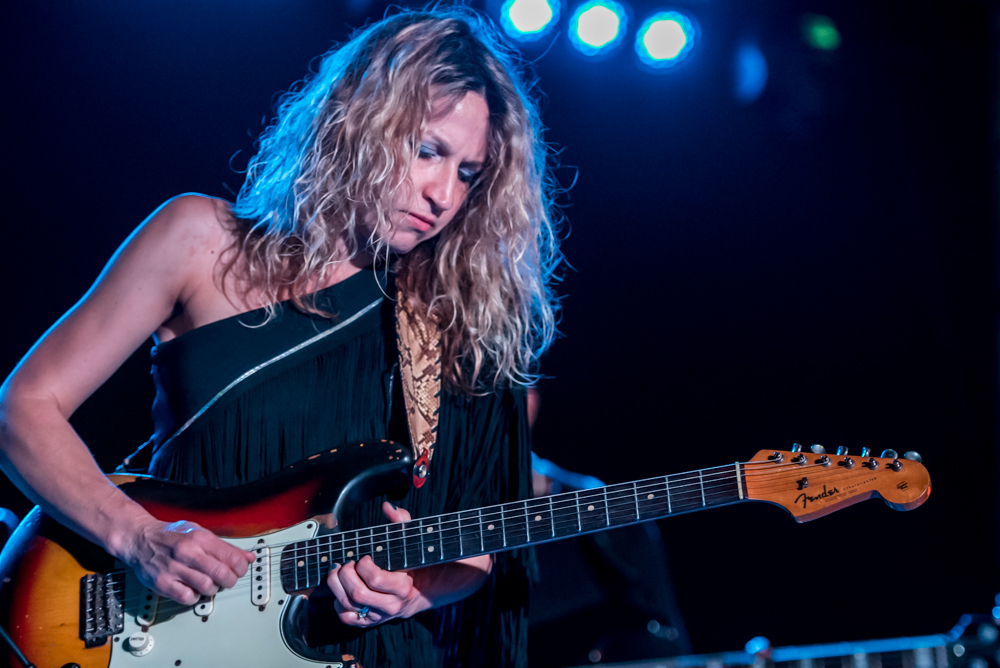 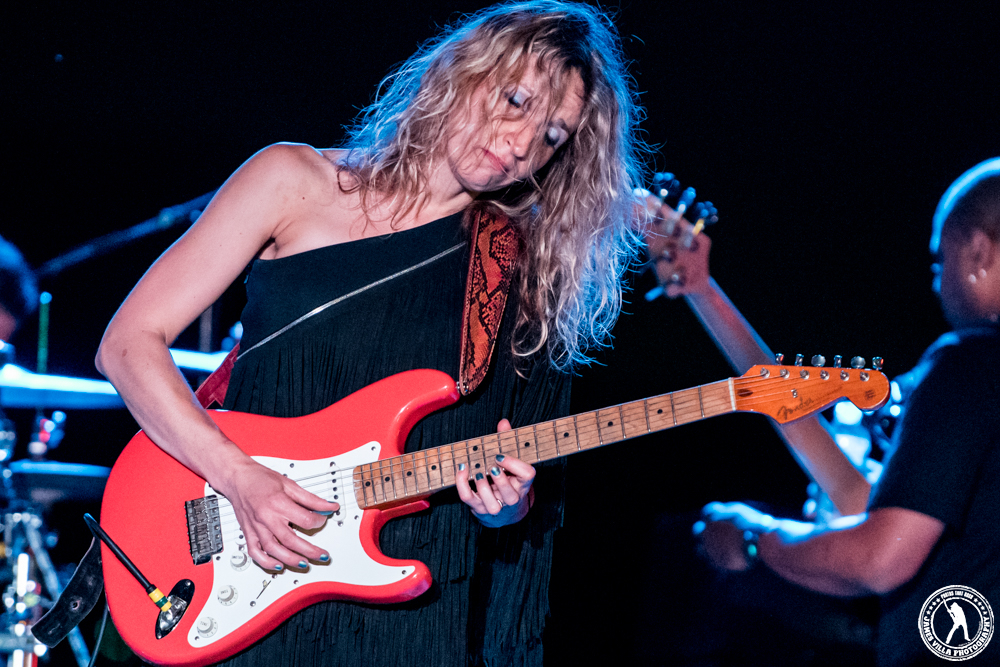 On Friday night at Gas Monkey Bar and Grill, blues lovers from all walks were treated to the power and soul of Blues Master Ana Popovic.

Dressed more like a super-model in a fringed black mini-dress and 5 inch stilettos, the Serbian-born Ana stepped on stage with her big sunburst Fender Stratocaster and simply let loose. Her opening riffs in the Chicago-blues-style opener were ultra-clean, a wonderfully warm tone with a touch of distortion. It was just a bit reminiscent of a Blues Brothers’ intro, sans horns.

Ana’s four-piece band was solid and tight, bringing the perfect balance of funk and soul to her soulful and, at times, riotous riffs. Her first offering, the title track of 2013’s “Can You Stand the Heat”, began the evening-long showcase of talent around Ana. Nearly as soon as she rolled off her last sustain, she stepped aside for a masterful drum feature, something not usually seen so early in a show. Ana is not selfish with the spotlight, and she certainly put that on display as each musician was featured at different points throughout the evening.

Rolling straight into “Object of Obsession”, Ana’s phrasing was smooth as she played to an excited and raving crowd. The Rolling Stones’ “Rain Fall Down” fused a funk vibe with Ana’s distinct blues line, striking a nice balance and spotlighting her ability to crossover. Robert Palmer’s 1978 pop/R&B “Every Kind of People” kept the show rolling into the land of fusion and funk proving Ana to be a study of substance over style. 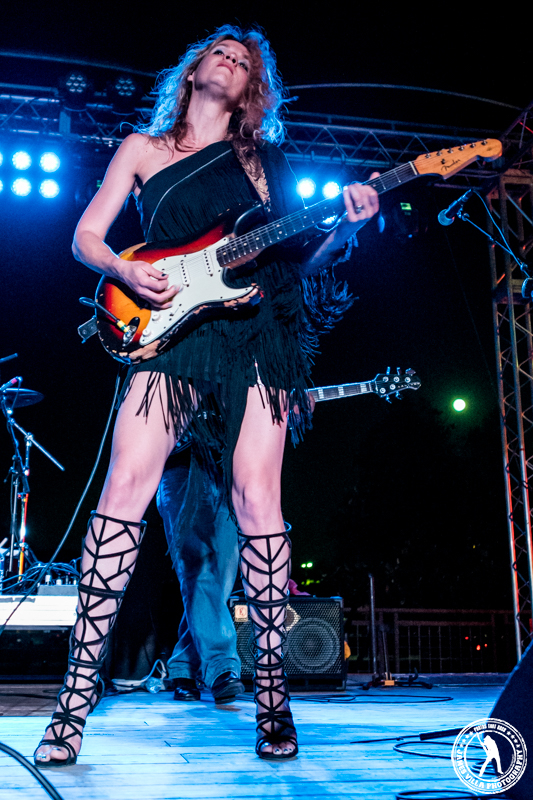 From Albert King’s raucous “Can’t You See What You’re Doing to Me” to the lounge feel of “Unconditional”, and into the unmistakable Jimi Hendrix “Can You See Me”, Ana is effortless if not flawless. Her intonation perfect, her timing impeccable. With each new offering, Ana put on display her very real and tangible chops; her phasing flawless, spot-on tone and her influences out front. It’s easy to call Ana a blues guitarist, but it’s less easy to pin down what KIND of blues guitarist. She has so many things in that bag, it’s no wonder she bridges the gap between blues, pop, funk, and gospel influences with such ease and grace. One could hear the distinctive styles of Chicago, Texas, and Memphis blues, at times melded together.

If you closed your eyes, would this sound like someone you’ve heard before? Cray? King? Clapton? SRV? While there is no question of these influences in her playing, my answer is no. She put a stamp on it; this is her own. It’s easy to see why she’s in the “Experience Hendrix” lineup again for 2016.

Now, let me just say what every person who has ever been to an Ana Popovic show is already thinking: she looks like she should be walking a runway instead of a stage, and more’s the pity for high fashion because as soon as she plugs in, all thoughts of anything but the music vanish. She breathes the blues, just like every great player regardless of instrument. The fact that she is from Serbia is…well…not a factor. People who play like she does simply find their way to the music. There was no way this girl wasn’t going to find a guitar and an Albert King record. Blues just does, and Ana is in the club.