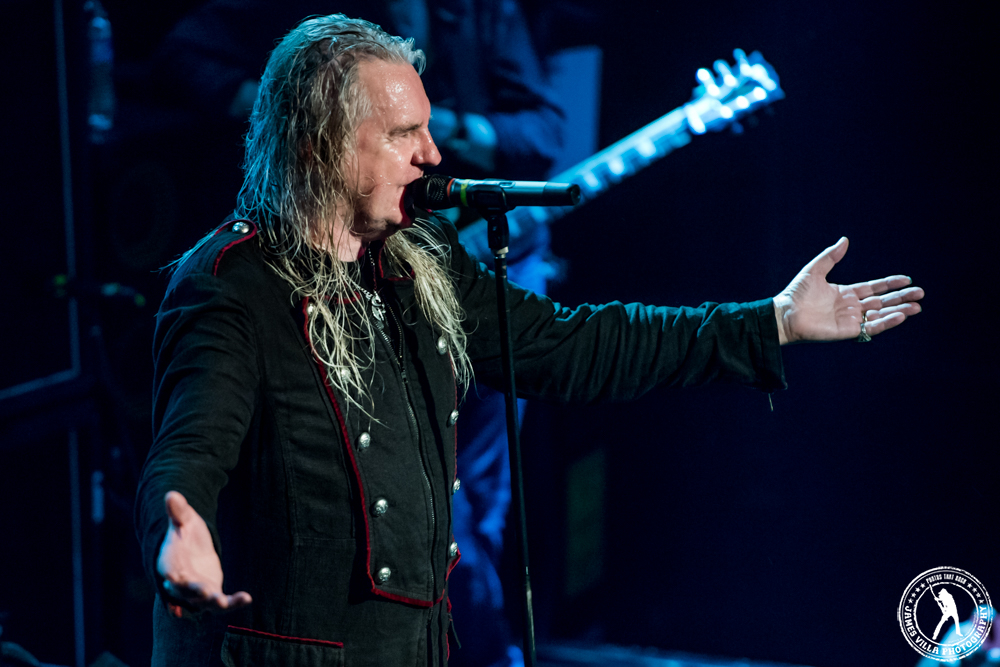 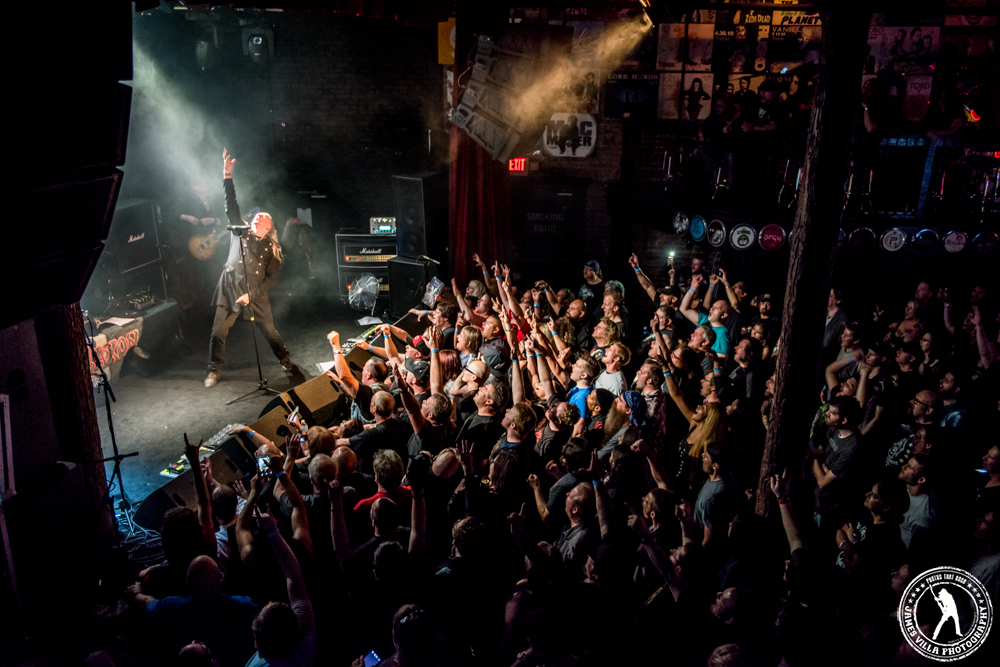 Worry began to creep into people’s minds a few days before this, after news that Motörhead had stopped their Austin show after just a few songs when Lemmy reached a point where he was unable to perform. Their show at The Bomb Factory had still been a go until a little more than a day beforehand, when Motörhead announced their remaining shows in Texas were cancelled to allow the frontman time to rest and recover.

People were more than understanding, though still saddened; and while it wouldn’t be the same, the show was still going to go on in some fashion.

Saxon was joining Motörhead as their main support band, rising to the occasion this night to fill the headliner spot, despite having been in Dallas a little over three months before during their own headline run. The venue was downsized from the four thousand plus capacity Bomb Factory to the historic Trees just a couple blocks over.

It was pretty packed when I arrived, several people sporting their Saxon t-shirts as they watched the two local bands tapped to begin the night. Biff Byford was impressed by the turnout, the lead singer saying how much they appreciated everyone coming out for them on such short notice, wishing Lemmy the best and how he wished, for many reasons, things had gone accordingly and they were still playing with them as originally planned. 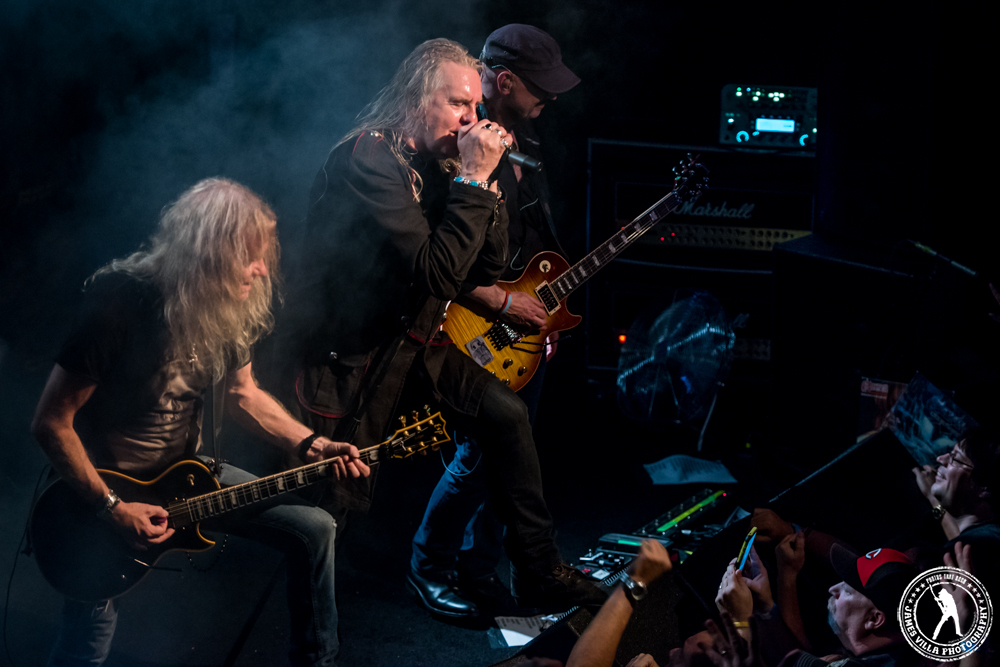 One challenge they were presented with this night was the fact that since they had been in Dallas quite recently, they wanted to at least play some songs that were different from their last trip. I don’t know how much the fans cared, though they did appreciate the thought as the classic heavy metal quintet began their hour and a half long show with the title track from their latest album, “Battering Ram”.

As they sped through their first few numbers, it quickly became apparent they were up for the sudden role of headliner, bassist Nibbs Carter often swinging and thrashing his head around to the music, while Byford greeted the fans by shaking as many hands as he could. He soon went back into his performer persona as he worked the crowd over, doing everything he could to entice them to sing along and let the music take a hold on them.

The crowd was elated to hear “Power and the Glory”, Doug Scarratt ripping out the blistering guitar solo that ensures the song couldn’t be mistaken for anything other than what it is: 80’s heavy metal at its best. Another fan favorite of the night was “Dallas 1 PM”. Obviously, there could be no other better city to play that song in (a song about the assassination of JFK), Byford pointing out the events that caused them to write it took place just a few miles away. 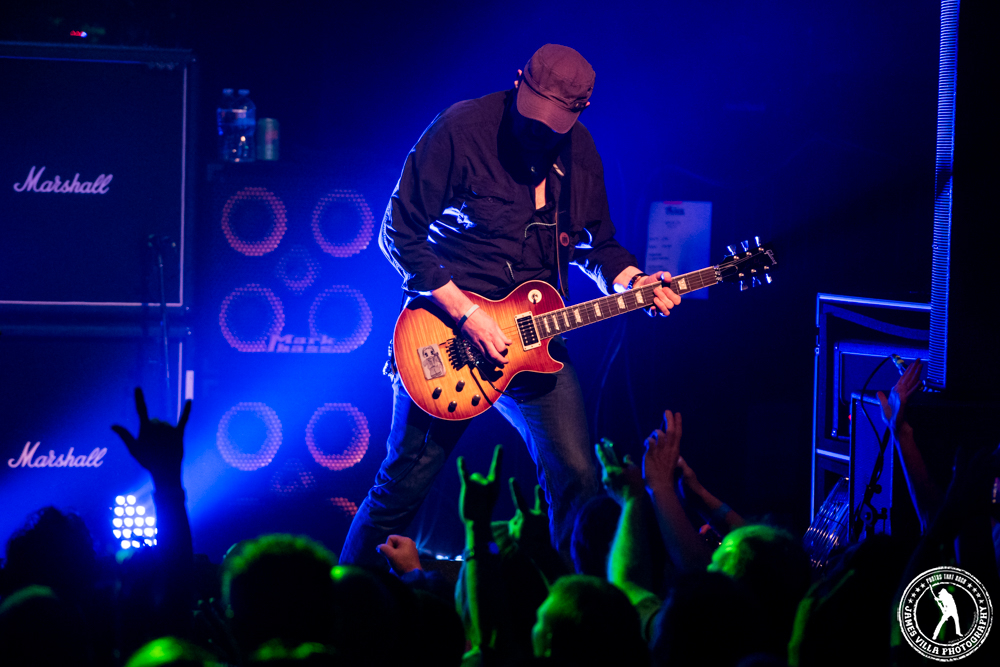 One legitimate surprise of the night came when Saxon took everyone back to 1979, doing a cut from their debut record, namely “Backs to the Wall”. It proved to be one of their most explosive songs; a few people seeming to be in total disbelief they were hearing it. A true treat.

The further along they got into the show, the better they became. There was no sign of wear and tear from them, only getting more aggressive as they worked up a sweat. They were all about crowd participation this night, wanting the fans to sing along as much as they could, like on “747 (Strangers in the Night)”, Byford turning the microphone to where it was facing the crowd, letting the few hundred people sing several lines.

That was cool to see, that even after nearly four decades in the music business they still care about the fans and want to do what they can to make them an actual part of the show, not just leave them on the spectator side.

After a massive set, they had a nice little encore planned, beginning with Scarratt wailing on his axe for a minute or so, the onlookers enjoying the solo. That was just a warm-up, though, “Wheels of Steal” and the eventual closer “Denim and Leather” getting the most deafening fanfare of any songs this night, acting as the icing on an already magnificent cake.

The roomful of people clapped and cheered until all five band members were off stage, which took a bit, because they stayed out there, took a bow and shook as many hands as they could, being truly gracious of the fact that people had come out to a somewhat last minute show. 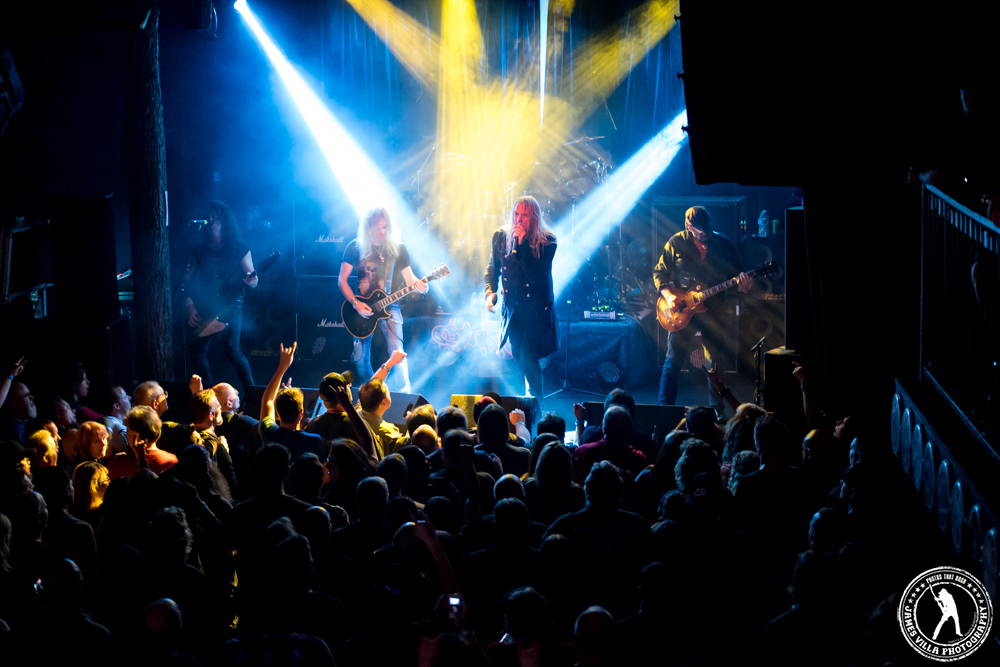 It wasn’t the show everyone had planned for and expected, though I think it was the show people needed. I mean, seeing one metal legend is better than seeing none, right?

Of course, a lot of people didn’t show up when Motörhead was forced to cancel, but those who did, those who choose to buy new tickets (since the originals were all refunded) and came out with the sole intent of seeing Saxon, those people were rewarded with a spectacular show. The veteran rockers made sure to give it their all, easing the disappointment as they took the spectators on a nice trip through their extensive catalog.

For me, someone who was only somewhat familiar with their music, it was great to not just see them live for the first time but to experience what exactly their capable of. They even mentioned they’d be back for another headline run next year, sparking some excitement among the patrons.

The show didn’t have to go on. The event could have easily been cancelled all together. Saxon had no real obligation to play this date or any of the others they had over the last few days, but they did because they wanted to and love it. So, kudos to them for stepping up to the plate, and kudos to the staff at Bomb Factory and Trees (both are under the same ownership) for still providing a place for this to happen.