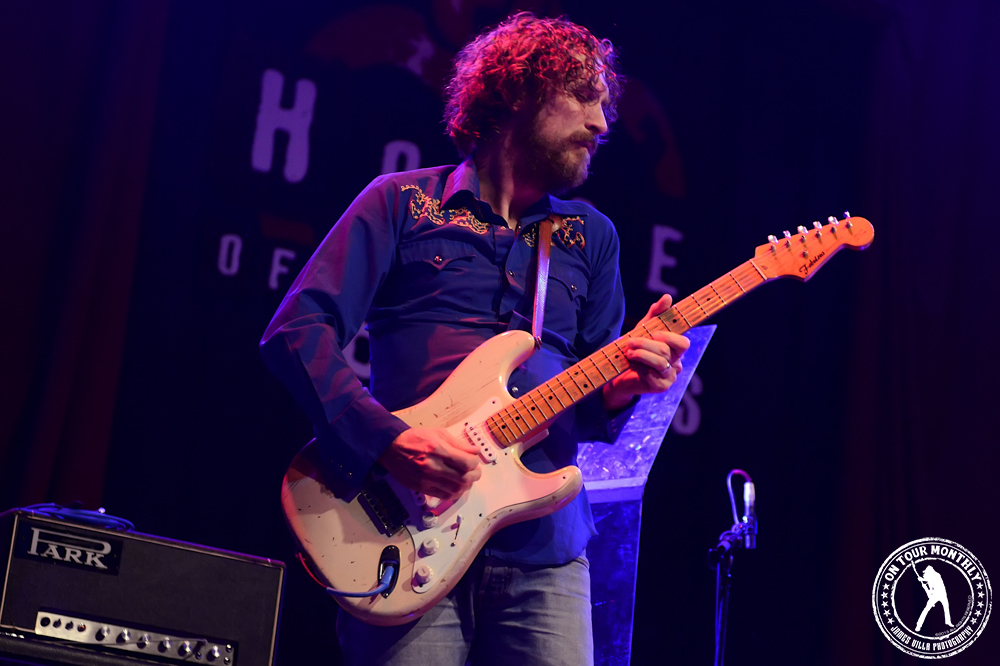 It’s Thanksgiving Thursday. Thus far, I’ve eaten twice and napped once. I’m sure this is becoming viciously cyclical, but it’s Thanksgiving, so I don’t care.

I mention them because those details are the cornerstone upon which I have built this entire review. See, Thanksgiving is a day that involves an implied understanding that not much work will be done physically. This essentially means I’ve spent the entire day eating, sleeping and considering how to approach The Moeller Brothers’ opening set Wednesday night at House of Blues.

The Austin-based Moeller Brothers are something of an anomaly when pitted against similar acts from across the country. Their sound is decidedly Texas-blues based, but labeling them a blues band doesn’t seem right. Elements of guitar-driven jam can be found everywhere within the structure of their music, but they don’t capture the intricate spontaneity required to be classified as a jam band. Certain moments of their set scream, “This is a Dick Dale song waiting to happen,” but comparing any current musical act to Dick Dale seems irreverent.

I’d like to cite an exact quote from my notes: “Double Trouble meets Gov’t Mule if neither band’s talent level progressed past the point of their respective debut records.” It sounds negative, but it isn’t, and here’s why: The Moeller Brothers, despite their track record (both Johnny and Jason Moeller are active members of The Fabulous Thunderbirds), are a young band hard at work planting their feet in very shifty soil. Following such acts as Stevie Ray Vaughan and Warren Haynes is a daunting at best, but The Moeller Brothers have the talent, the energy and the self-awareness to fight and to win. Wednesday night’s opening performance at the Gary Clark Jr. show was a romp-and-stomp Texas blues-jam party that couldn’t have set the stage better.

First things first: Drummer and principal vocalist Jason Moeller sounds like Marc Broussard gargling gravel. It’s a gorgeous rasp that fills rooms without congesting them, and that’s not even the most impressive quality of his craft.

THE MOST IMPRESSIVE QUALITY OF HIS CRAFT: Jason Moeller’s vocals are merely an accouterment to the overall product, rather than the steel-driving energy source of it.

Because the focal point of The Moeller Brothers is the breakneck precision of lead guitarist Johnny Moeller. Watching the elder Moeller perform harkens back to the likes of the Vaughan brothers. From his facial expressions to the confidence of his finger movement, Johnny Moeller exhibits all the talent necessary to become a prominent figure in blues-rock guitar.

Trucking through a 45-minute set of original tracks, The Moeller Brothers cleverly mixed extended jam with stomp-worthy blues tunes for a set that was equal parts exciting, inspiring and dance-worthy.

If I were them, I would have slept very soundly Wednesday night.