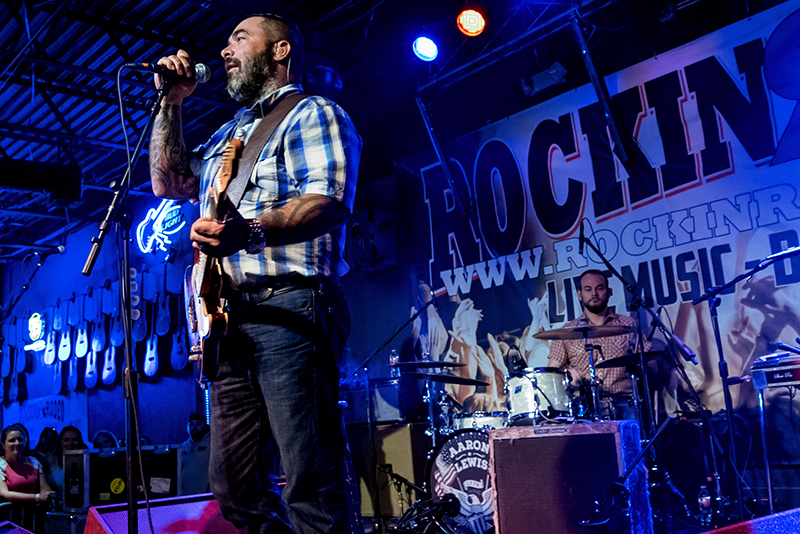 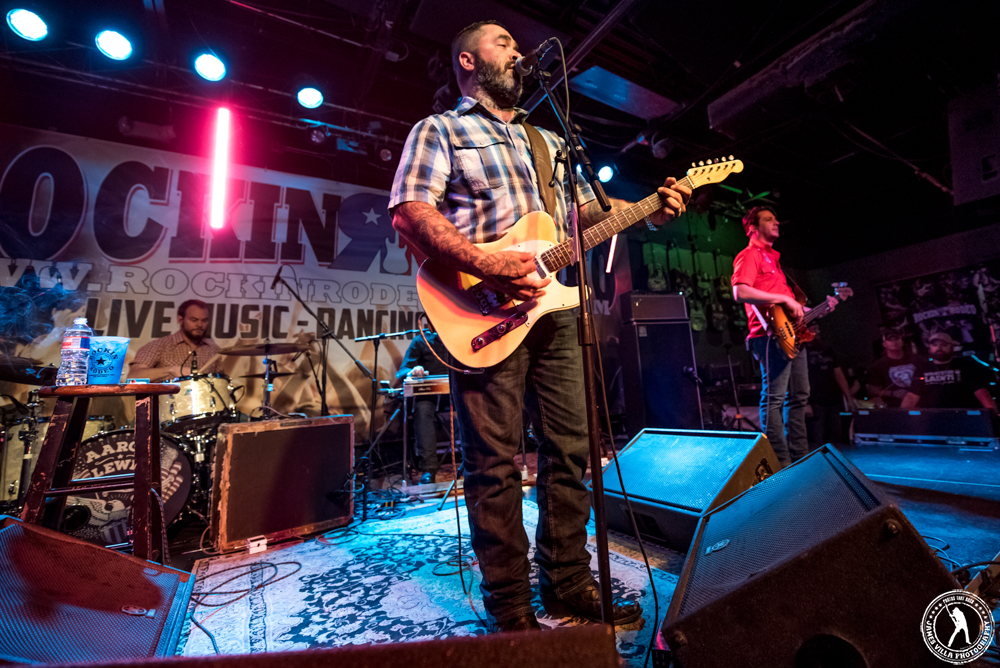 Barely more than three months ago, Aaron Lewis played a more than memorable show in Fort Worth. That marked my first time seeing the man who is most well known for fronting the alt metal band Staind doing his solo country material, a genre that I was surprised he pulled off so exceptionally well.

This night, he was returning to the North Texas area, playing Rockin’ Rodeo in Denton for the venue’s massive ten year anniversary celebration, which has been going on for a little bit now, and will continue for awhile yet, as they keep bringing in topnotch acts to help celebrate the milestone.

The show nearly sold-out beforehand, with only a hundred tickets being left after online sales ended. Those must have gone quick, because upon arriving a little before nine, a dozen or so people milled around outside, hoping someone may show up with an extra ticket they could buy. It was a long shot, but it was a chance to see the hottest ticket in Denton this night.

It was 10:20 that night when Lewis’ band mates, a guitarist, drummer, pedal steel guitarist and bassist, made their way on stage, the four of them launching into the first song of what would be a 75-minute long set. It was soon after when Lewis entered the building. “Good evening,” was the greeting he extended in his booming voice.

The set this night was comprised by a good chunk of new material—stuff that will no doubt be on the follow-up to 2012’s The Road—such as the opening number. It’s not changing the chemistry that he’s built this solo career on; the line, “…I’m a sinner to my core; I ask forgiveness and nothing more,” fitting the country way of doing things. 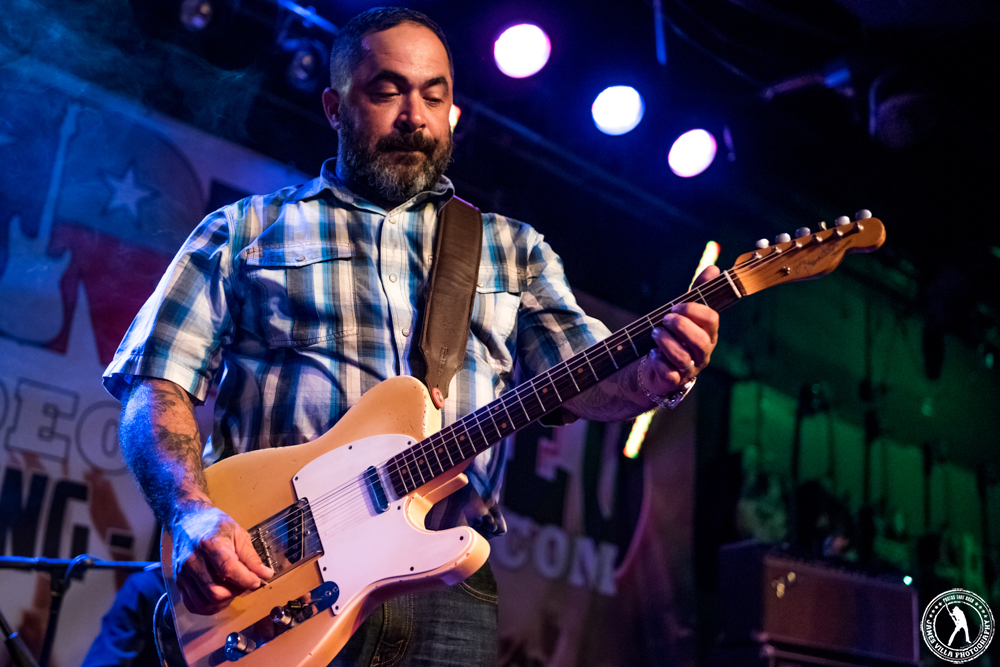 They certainly didn’t neglect that debut full-length, though, “State Lines” capturing the element of being out on the road, specifically the touring aspect of it.  They rotated between old and new often, like after doing a number Lewis stated he had written for “rednecks everywhere”, he swapped out to an acoustic guitar for one of the ballads, the moving “Forever”. “Another show in Denton, Texas,” he sang before the final two choruses, the capacity crowd roaring at hearing their city named during the track about rekindling a dying spark from the strain of not always being there. It may not have packed the loud punch the others did this night, though it was unquestionably one of the best songs they played.

“How you doing tonight?!” asked Lewis upon finishing “The Road”, adding just how much he loved Texas. One could argue there’s no better state for him to bring this brand of music to. He mentioned they would be doing a lot of new songs this night, prompting one fan to shout out some requests at him, which were dismissed. Instead, they continued showcasing some new numbers, the pedal steel shining during “Lost and Lonely”, with the drums even coming in quite forcefully and prominently around the midway point. They then jumped back to the nostalgia filled “Grandaddy’s Gun”, a song that may not have been the sing along that other later tunes would be this night, though judging by the people who were mouthing along to the lyrics, it was a fan favorite.

More requests were hurled at Lewis as he switched back to an electric guitar, leading him to politely but somewhat sternly say he was going to play the songs he was going to play this night, nothing more, nothing less. “…I wrote this song about drinking,” he then stated, sitting up another new number where a bar was equated to a church, the barstools being the pews and the preacher the bartender. “…That’s why I like drinking whiskey, ‘cause it helps fill up the cracks in my soul…” went one of the lines, the frontman delivering it in slightly gravelly, somewhat worn tone of voice, only adding to the songs authenticity. 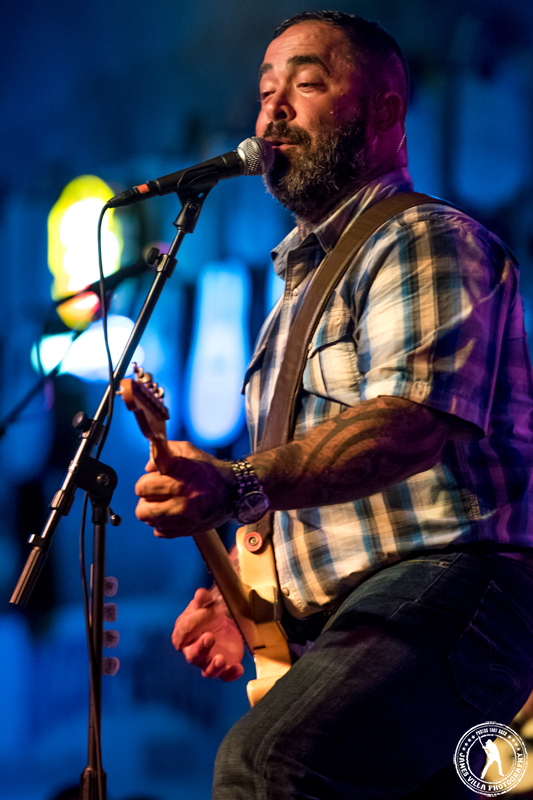 Fans seemed to enjoy the following one, one that told the “story of my life” as Lewis said; afterwards laughing that you knew it was “gonna be one of those nights” since he was chasing some moonshine with whiskey. They then tackled the patriotic “Red, White and Blue”, which not only had much of the crowd singing along, but also saw Lewis singing a few words acapella, holding them for a few seconds. It was quite impressive.

The next two songs fit perfectly together, “Momma” boasting some lines saying that at least you’ll have some of the best stories to tell if you do wind up in hell; the final track off The Road, “Party in Hell” just seeming to continue the story. “I wrote this next song because,” Lewis said before that latter one, stopping at that point as he chuckled, finishing, “Because I’m going to hell.”

He left out names (well, at least until a attendee got him to name a few), though dedicated “That Ain’t Country” to “Everyone sucking the life out of country music right now,” saying he needed to see at least one couple two-stepping during the track. After a quick recital of the Pledge of Allegiance, they then opened up their final song, “Country Boy”, Lewis throwing some picks out at everyone once he had finished singing, before leaving his band to close it down.

They were gone for a couple of minutes, the crowd soon stomping their feet and chanting for one more song, which was eventually answered by Lewis reclaiming the stage. He was the lone figure up there.

Unlike that show in Fort Worth back in March, the main set this night had been absent of any Staind songs. They had been saved for last, as that was all this encore portion was. That made for a prime time to sing along, everyone chiming in on one of the final choruses of “So Far Away”.
“Epiphany” came as a bit of a surprise, albeit a pleasant one, while “Right Here” seems perfectly suited for the acoustic setting, the stinging emotion of the words being easier conveyed, all the while still marveling at the track. 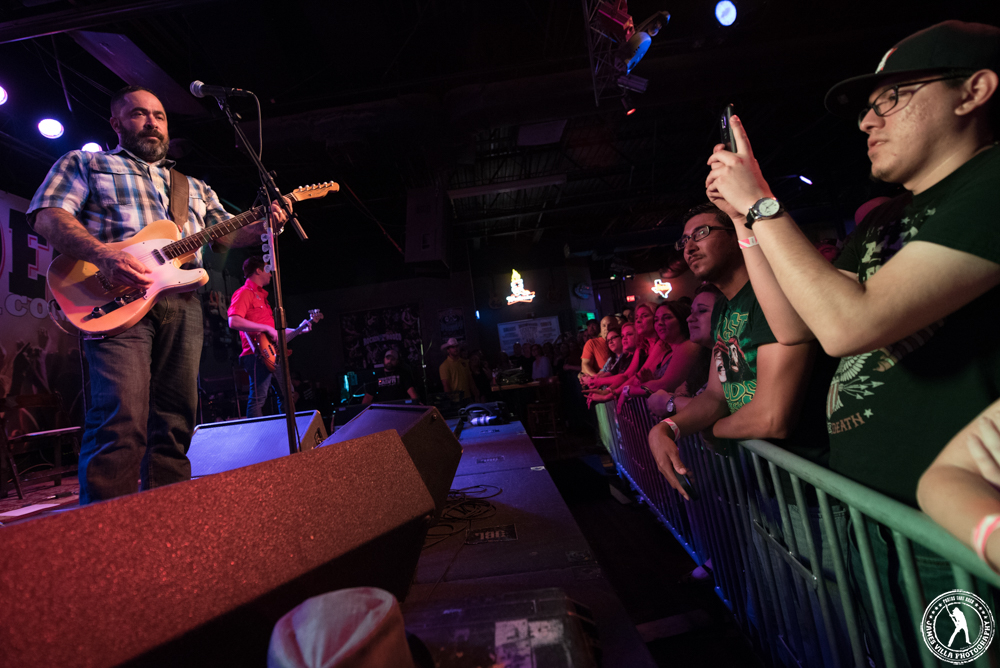 Before carrying on, Lewis requested everyone just put their phones away. “I don’t need this to be out there for the rest of my life,” he remarked, sharing a story about playing at The Silo in Abilene, Texas a few months back, where he kicked a phone out of one woman’s hands. “She stopped filming,” he quipped, saying she must not have found it too offensive, as she was right in front of the stage this night. She really was.

“I accidentally wrote this next song in front of fourteen thousand people in Biloxi, Mississippi…” he then said, a dead giveaway as to what song it was. “Fred Durst was sitting beside me,” he added, soon beginning “Outside”. Most, but not all of the patrons respected him by putting their phones away, leading him to stop after the first verse and call the three people out. He stressed that you don’t need to record a show to remember it or tell friends about it. “Enjoy with your eyes,” he stressed, while much of the crowd couldn’t help but laugh a little.

You hear stories of other bands doing this from time to time and some of the fans will react negatively and try to turn it into the artist being arrogant and full of themselves. It’s a valid point (from the musicians perspective) in my opinion, especially for someone like Lewis, who has been doing this since before cell phones were a mainstream thing, to the rise of everyone using them to “document” every second of a concert.

That said, it was impossible to take any offense to him getting a little peeved over this, especially when he had already asked people just enjoy what was left of the night, hence why some folks were laughing. As soon as the phones disappeared, he resumed the song, what little was left of this 29-minute long encore going off without a hitch; the singer reflecting on how old he is when he noted the final song was one he had written twenty years before. “…But forty-three feels good,” he commented, saying as long as he doesn’t think about it and think that he’s already “halfway through”. Of course, “It’s Been Awhile” concluded the night, the patrons singing Lewis’ praises as he finished it and exited.

This was definitely an awesome night in Denton, as well as a great way for Rockin’ Rodeo to continue celebrating ten years in business.

Despite his lengthy tenure as a metal/hard rock musician, it’s still pretty incredible how Lewis can pull off this country side of himself so well. It’s another extension of his personality, showing off not just a different style of music, but a different style of storytelling, and be it a tender balled or a raucous party song, they all tell compelling stories. And after getting a decent serving of new songs this night, hopefully a new album won’t be too far off.