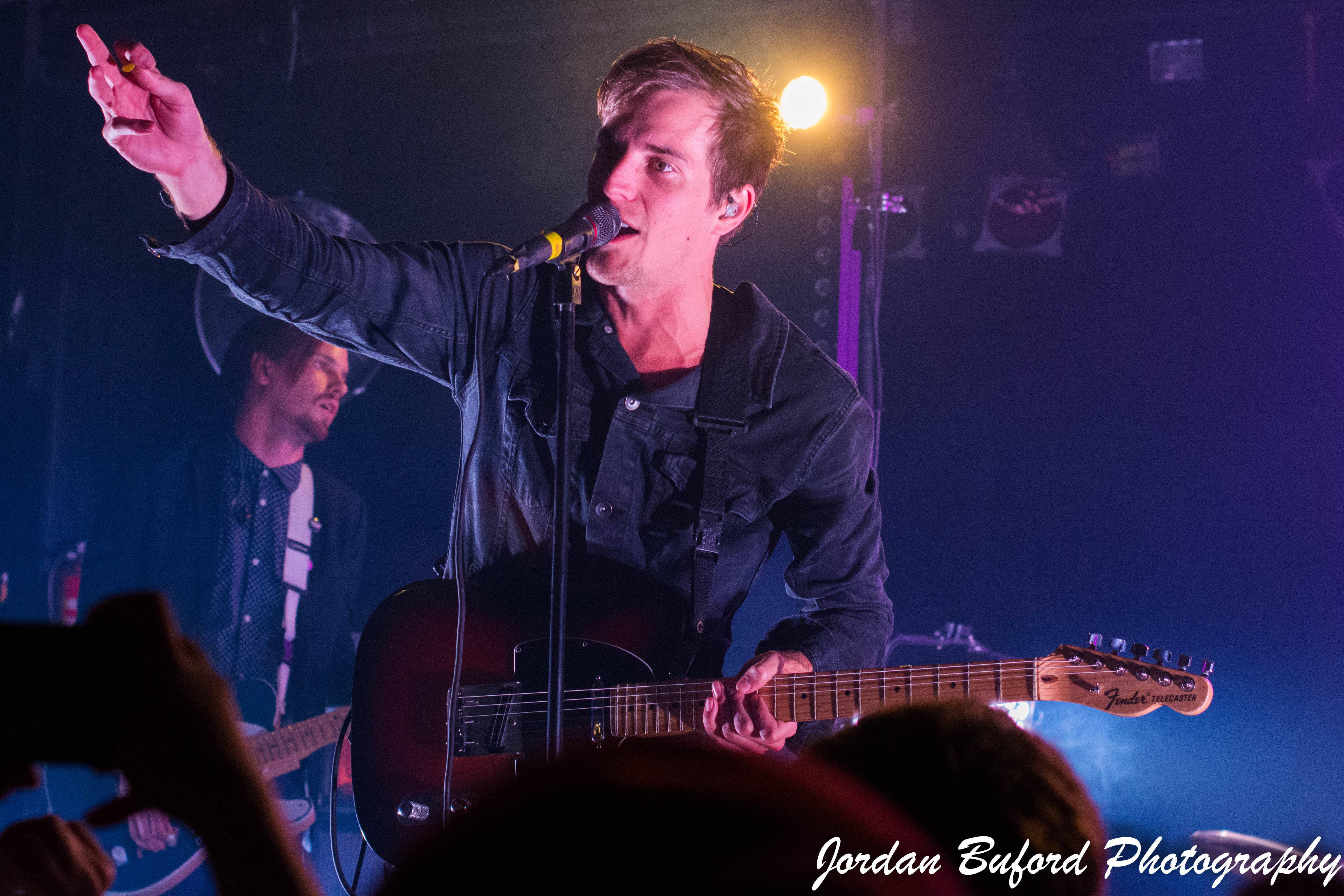 The Maine Brighten an Already Sunny Day in Seattle 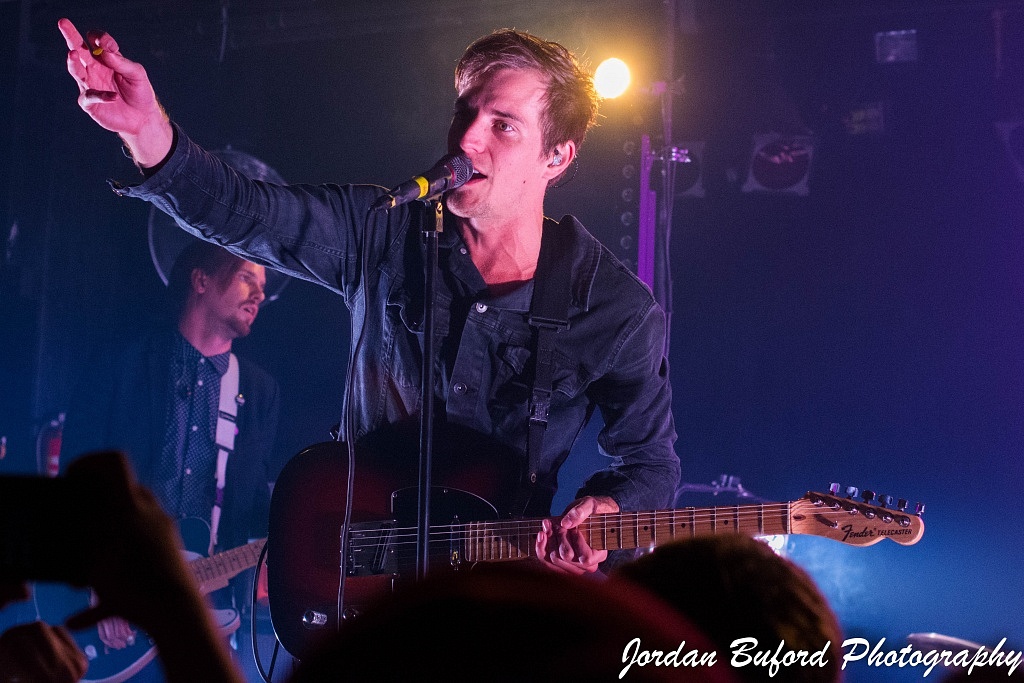 It’s not often you get to experience a concert in another state, let alone in a renowned venue as well.

I had heard about El Corazón for most of the nine years that I’ve really immersed myself in the music world; and after a trip to Seattle came together and discovering The Maine would be playing the iconic venue during the stay… Well, it just made the trip all the more exciting.

I was surprised what an intimate club it was. Upon walking in, there was practically nowhere to go. The roomful of mostly teens had packed the place; and getting to the front of the stage appeared like a labor too difficult for even Hercules.

The club literally had its own climate. The fans scattered about helped as far as circulating the air, but people were still so close to one another it was very humid and hot; and even when some people left to go catch their breath, sweat dripping from their foreheads, getting closer still took work.

Everyone was clearly pumped to see The Maine; and after catching their set at a festival in the Dallas area the month prior, I was looking forward to seeing them do a club show.

The seemingly sold-out room erupted into fanfare when the lights dimmed at 9:35; and the groups logo, an M with a ring surrounding it, hung at the back of the stage, often illuminating its own colors this night.

With American Candy, the bands’ fifth studio album, having been out for a couple weeks now, they played a few offerings from it, which included one of the singles spawned from it, “Miles Away”, as the opener. The six-piece rock/pop outfit was aggressive this night, seldom allowing for breaks; and afterwards, Patrick Kirch wound them into the next number, laying down some beats on the bass drum while he raised both hands in the air, clapping along with the rhythm. The spectators soon followed suit.

It was their older stuff that constantly drew screams of excitement this night, and “Run” was no exception, as most of those there sang along with John O’Callaghan as he moved about center stage, “…I never meant to hurt anyone. I really thought that we were just having fun…”. The singer then grabbed a guitar to use on “Growing Up”, ceasing singing after a few lines as he switched it up. …The first sunny day in Seattle we’ve had in a longtime!” he spoke, earning some screams of approval from everyone; while his later speech about being kind and polite to everyone there (i.e. no wild moshing or crowd surfing) earned him even more respect from the adoring crowd.

Some of the ladies squealed with delight upon recognizing “Inside of You”, while “Misery” got a similar reaction. “Is everyone feeling like themselves?” O’Callaghan then asked before another new tune, “My Hair”. Despite being a new one, a lot of people seemed to like that one about embracing your youth, enjoying it while you can; and while he seemed to be getting much of the attention, it was impossible to ignore the other members. Bassist Garrett Nickelsen had been destroying it, thrashing around to the music, often being the most aggressive performer out of the bunch, while guitarists Jared Monaco and Kennedy Brock were throwing down as well.

Before busting out a cut from Pioneer, “My Heroine”, O’Callaghan laughed that you needed to “be weary” of the pole on the stage. It was a load bearing pole; and apparently, he and the pole have some history. Later on, in the final few minutes of their set, he was seen pretending to kiss it, as they apparently finally made up.

“Like We Did (Windows Down)” was a definite highlight of the night, with much of the crowd snapping their fingers along with O’Callaghan; while the lead single from their new record, “English Girls”, had been anticipated this night. Granted, fans have had a couple months with that one, plenty of time to learn it, and they have. 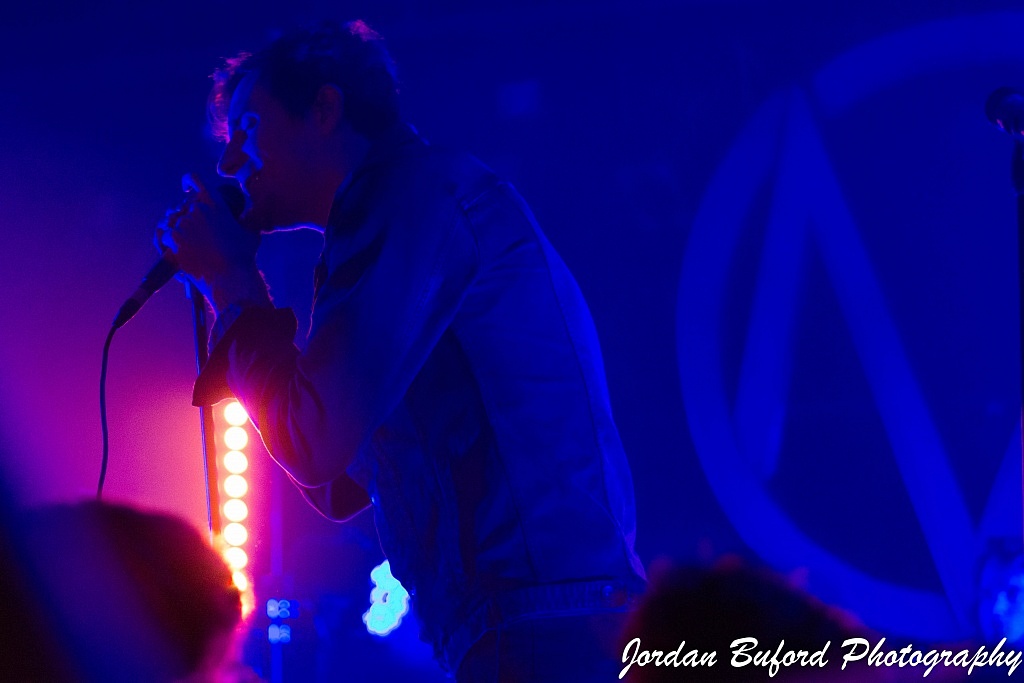 One of the best moments came when they totally changed things up, with O’Callaghan being the only one left on stage, wielding an acoustic guitar. It wasn’t just the song that made it memorable, but the fact that he actually had time to build a rapport with everyone. After ripping through the songs at a machine-gun pace, he got to joke that he never looks left, checking in on the fans on that side of the room, cracking that because of that (only looking left) he’s not allowed to drive. Plenty of more conversation followed, which included him owning up to in the past telling people to put their phones away and watch them. His new philosophy was since you paid good money to be there, even though they as the band would prefer you were watching them, he felt you should do whatever you wanted. That’s both accurate and admirable. Even as a fan of a ton of bands, I wonder why other people would spend money to see an act live only to spend most of the time on their phone, but if that’s what they want to do, that’s their decision to make.

“Into Your Arms” was the song, the solo format being more appropriate for it; and during it, the singer gave an inspiring speech about doing what you love, saying you’re never told that in middle or high school, just told you need to pick a career and make money. That was his advice: basically just follow your dreams. Worst case, you can always get a career after pursuing your dream and then turn your dream into a major hobby.

Once the band returned, they surprised everyone by doing a rendition of “(I Can’t Get No) Satisfaction”. The timeless classic from Rolling Stones was altered to better suit the pop group, who had a blast knocking it out, though it was a far cry from the original. 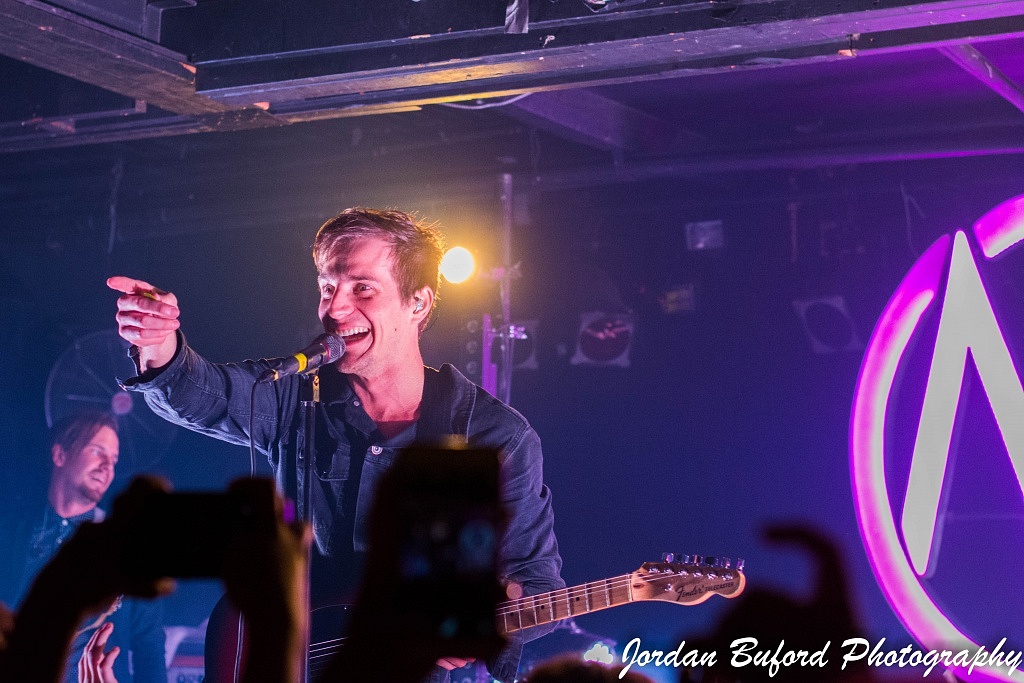 Their 75-minute long set was nearing its end; and during “Love and Drugs”, when a crowd surfer ended up on stage, O’Callaghan gave her the hug she was wanting. After knocking out the title track of this latest release, the guys had a little bit more fun, beginning with Kirch taking a picture of the crowd. It was for their Myspace O’Callaghan said, something most everyone quickly stated they didn’t have (I’m sure some of the concert goers were too young to even remember the glory days of the social network). The almost forgotten about “Top 8” was brought up, eventually leading to a song about your top eight friends. It was a short one, just the guys having fun, bringing back some memories to those in their mid to early twenties.
More crowd surfers were then seen during “Right Girl”, one of them being a young girl who made two trips up on the stage; while the band closed with an explosive jam session. O’Callaghan grabbed a guitar in those final moments, making it a vibrant way to end things.

Seeing The Maine in a tiny club like this was a totally different experience from that festival in the Dallas area the month before this. The energy was totally different, and I mean that in all regards. Being pent up like that, it energized everyone. The crowd was rabid this night. Getting your toes stepped on was a side effect of being there, as was getting lightly shoved. It was part of the experience, though. In turn, all five of the band members seemed to have no limits. Sure, the performance ebbed and flowed, depending on what they were doing, but even as they finished, they still appeared as if they hadn’t peaked yet, like they still had more to give.

You don’t see that often, a band that can play longer like that and still look like they’re getting warmed up. The Maine pulled it off with ease, though. They dominated the stage with their outgoing persona, but still seemed like ordinary guys who were just up there doing their thing. My first time seeing them left me thinking, “I really like this band.” My thoughts when walking out this night, “That was an experience I would love to have again.”